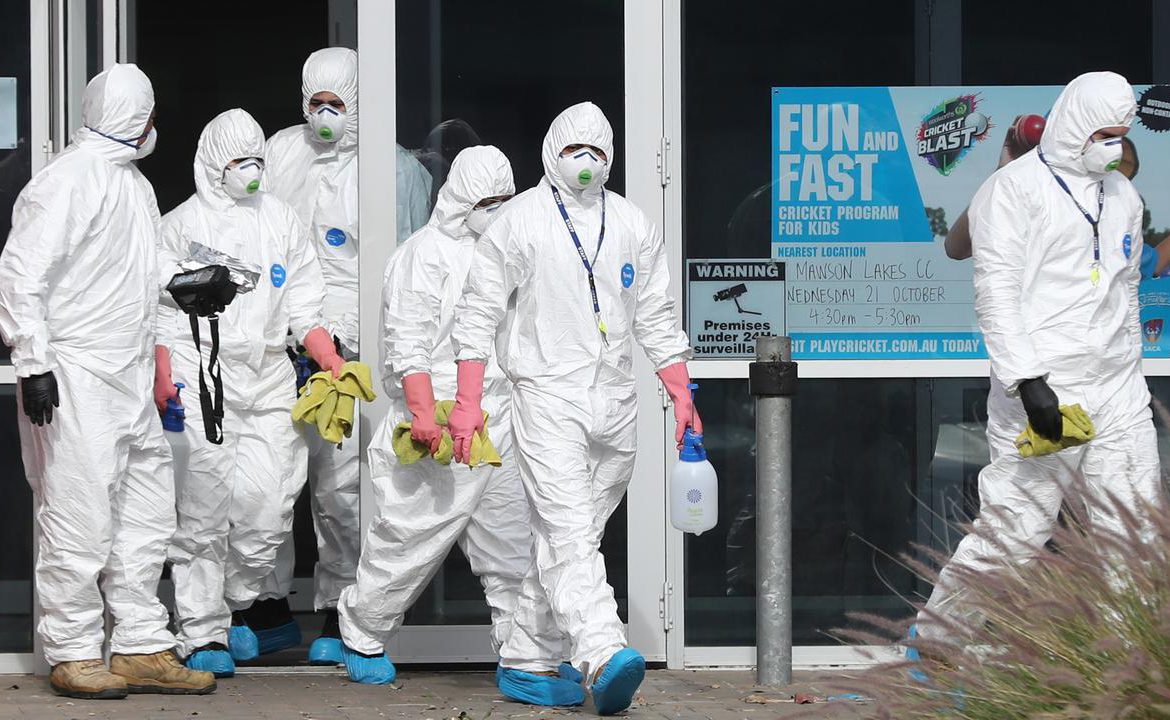 The Premier has introduced new social distancing rules and restrictions at restaurants, cafes and gyms from midnight as the Parafield cluster rises to 19 cases.

South Australia is facing a raft of new coronavirus bans and border restrictions, as authorities launch a rapid response to extinguish a feared second COVID-19 wave.

As the other states closed to SA and more troops were called in, several schools closed and health alerts were issued for swathes of the northern suburbs.

Mount Carmel College in Rosewater announced late on Monday night that it would be closed on Tuesday.

Rules were imposed for the next fortnight on gatherings, public activities and venue density.

“It is fair to say that we are facing our biggest test to date,” Premier Steven Marshall warned.

“We can, and we must, rise to this new challenge.”

The number of people linked to the Parafield family cluster rose to 16 confirmed cases, plus a further three children who are being treated as active cases but are yet to be confirmed.

Overall the state recorded 18 new COVID-19 cases on Monday, for a total of 34 active cases.

The cluster includes a one-year-old baby and three children among 14 members of the same family, as well as two unrelated medi-hotel security guards.

It is linked to several schools, aged-care homes, jails and businesses.

After officials worked through Sunday night to thwart a second wave, SA Health on Monday launched an unprecedented tracing operation.

Testing stations were “supercharged” as overwhelming demand pushed waiting times to more than five hours. Anyone with the slightest illness symptoms must get checked.

Chief public health officer Nicola Spurrier was optimistic that her teams of contact tracers were getting on top of the crisis.

Prof Spurrier said “everybody has a mutual responsibility” to continue good hand, and body hygiene, and respect social distancing of 1.5m.

“What we are facing is indeed a second wave,” she said.

“But we haven’t got the second wave yet. We are in very, very early days. So the first thing we need to do from my team’s point of view is testing, contact tracing and getting people into quarantine very, very quickly.

“And that is what we have geared up to do. “The other way to get ahead of this … to stop that second wave and to suppress it, is to put some restrictions in place to reduce the number of close contacts between people.

“An element of complacency has inevitably occurred here.”

The cluster’s source is a female cleaner, aged in her 50s, who worked at the Peppers medi-hotel in Waymouth Street, before she unwittingly triggering the state’s first community transmission case in more than six months.

The cleaner, believed to be from a large Indian family, is thought to have infected her husband, aged in his 60s, and her two elderly parents.

The pair, both aged in their 80s, were on Monday listed in a stable condition in a special Royal Adelaide Hospital COVID ward as a precaution due to their ages.

As of Monday night, at least 167 close contacts were being checked for symptoms. Dozens more are in Adelaide medi-hotels, while a further 96 police officers were isolating. A worker at Yatala prison has also tested positive, sparking concerns about the state’s jail system.

But as the Premier, the state’s top cop and Prof Spurrier as SA’s COVID health chief defended the medi-hotel program, officials said the cleaner had no direct contact with any expatriates during their mandatory fortnight of quarantine and may have caught the virus from an object. Mandatory weekly testing was launched on medi-hotel workers after the cluster was reported.

Mr Marshall announced density levels would decrease to one person per 4 sqm from the current single patron every 2 sqm from midnight Monday night for various customer-focused industries.

Funerals and churches, will be capped while licensed venues will have quarter capacity, caps on group bookings and bans on standing up drinking for the next fortnight.

Gyms, recreation centres and play cafes will close but authorities are still debating on dance studios.

All competitive sport, regardless of contact, or locations is cancelled. Schools remain open, apart from three linked to the cluster.

Mr Marshall, who spoke with Prime Minister Scott Morrison – who promised more resources including soldiers – ordered international flights be diverted away from Adelaide for at least the next week to reduce medi-hotel capacity. There are more than 1100 people in hotel quarantine, of a total capacity of 1200.

Mr Marshall was hopeful SA would reopen to Victoria as planned on December 1.

“I want to assure all South Australians that we are working around the clock to stay ahead,” Mr Marshall said.

“No effort will be spared – time is of the essence.”