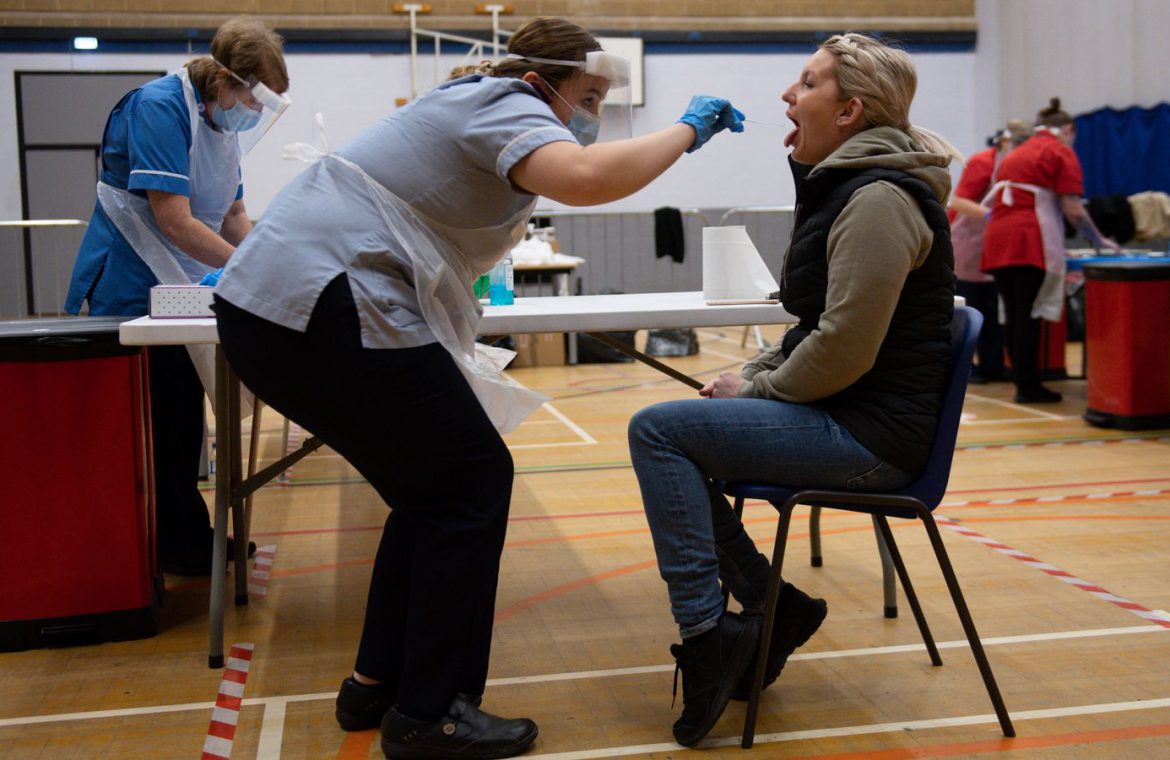 Two new “mega labs” to turnaround 600,000 coronavirus tests a day are planned for next year, as Boris Johnson tries to draw a line under losing two key advisers.

The prime minister will make a “series of critical announcements”, Number 10 said, following the sudden departure of aides Dominic Cummings and Lee Cain.

And in a bid to shore up support from “red wall” Tory MPs, he will hold a meeting with the so-called Northern Research Group today to “listen to their ideas” and convey his commitment to “levelling up”.

But the government is facing calls from Labour to spell out how a potential COVID-19 vaccine would be distributed, in what it says could be the largest logistical challenge since World War Two.

That will likely be high up Mr Johnson’s agenda, as his focus turns to how England will get through winter during the pandemic when the national lockdown ends on 2 December.

To keep driving up testing, the Department of Health has earmarked Leamington Spa and an unspecified location in Scotland as the site of two “mega labs”.

Image:
The PM will turn his attention to restrictions following the national lockdown

Health Secretary Matt Hancock said: “Transforming the UK’s diagnostic facilities is not only essential to beating this virus, but it is necessary to build back better – so we are better prepared in future for testing on a massive scale.

“These mega labs are future-proofing our national infrastructure to respond to future epidemics and improving care for other diseases, such as cancer.

“The new labs build on our existing testing network which we created in a matter of months and confirms the UK as a world leader in diagnostics.”

A Number 10 spokesperson said the prime minister’s attention would also be focused on trade deal negotiations with the EU “as we build back better from the coronavirus pandemic”.

COVID-19 vaccine: Will it end the crisis?

In a letter to the prime minister, Labour leader Sir Keir Starmer said a clear delivery plan for the hoped-for vaccine must be set out soon.

“We are world leaders in vaccines, and I believe we should be aiming for a world class programme for rolling it out,” he declared.

“If we are to get it right, then we must have a clear plan in place now.”

Sir Keir wants the government to explain who will be eligible for the vaccine and when, if it will turn town halls and sports centres into vaccine clinics to speed up the roll-out and how it will battle anti-vax misinformation and conspiracy theories.