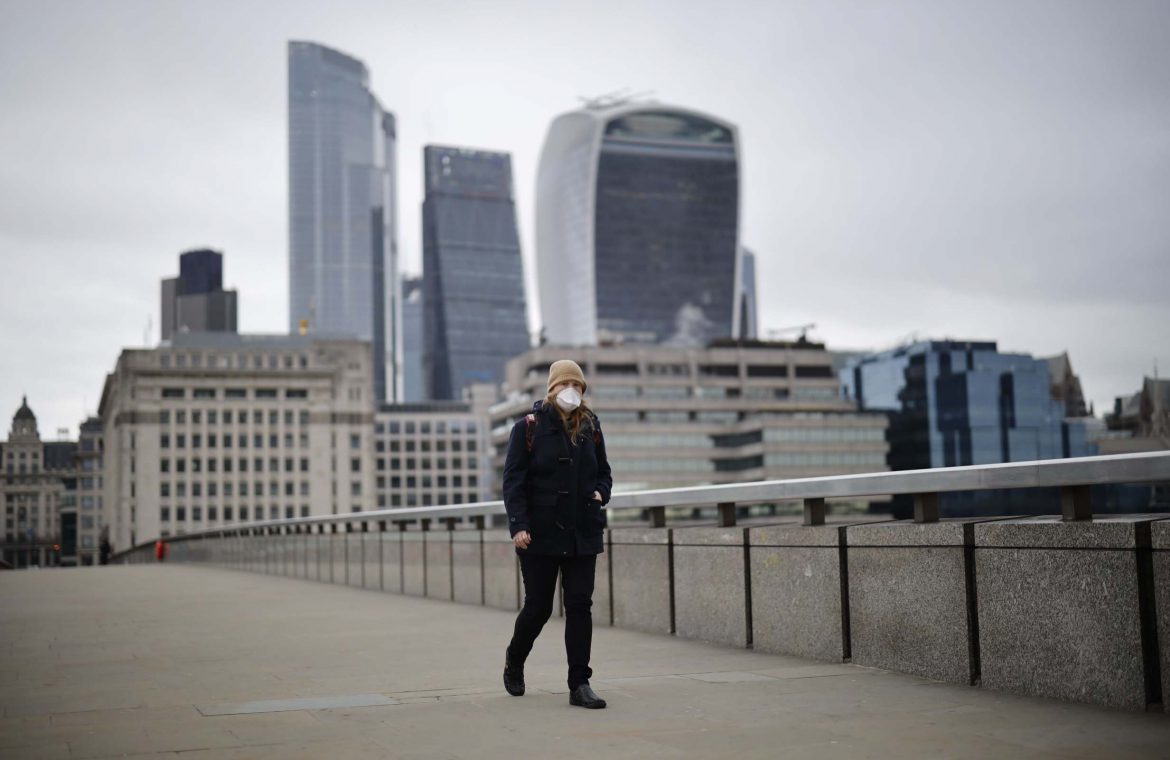 The new figures takes the infection rate across the city to 173.7 per 100,000 population, up from the previous record of 158.5 last Thursday. The number of Covid patients in London hospitals also increased to 1,244 – the highest level in six months.

Conservative MP Andrew Rosindell (Romford) said: “Given the very serious implications of criminalising worship and the hardship it has caused churches and religious communities, will the Government commit to publishing its evidence base and consult fully and widely with faith groups before any future decisions over applying restrictions to worship are introduced?”

Communities minister Kelly Tolhurst replied: “I do not underestimate the concern that this has caused for our religious communities, but the evidence from the scientific community, including Sage, shows that the virus does spread quicker indoors and where people gather and interact.

“We have been incredibly grateful for those who have taken part in the places of worship taskforce for their support and advice. We are continuing to call on their expertise and that of all major faith groups ahead of the regulations ending on December 2, and we will continue to have those conversations over the next two weeks.”

A retired TV producer has blamed “monstrous” Covid-19 restrictions for isolating his wife who suffers from Alzheimer’s and causing her condition to deteriorate.

Michael Blakstad, from Bishopstoke, Hampshire, said that rules for care homes meant his wife, Tricia, 79, being isolated from her family for seven weeks.

The 80-year-old explained that the unnamed home was not allowing any visitors after two members of staff tested positive for coronavirus, with residents confined to their rooms and restrictions lasting 28 days after the worker’s isolation period.

Mr Blakstad, who has Parkinson’s, told the PA news agency: “Her form of Alzheimer’s means she really likes to keep moving, walking around and as she is stuck in a room, not being able to get out, it’s terrifying.

“It’s been three weeks now and you can see there has been a deterioration.

“She will be another four weeks without visitors, they won’t tell me if she is allowed out of her room, it’s crazy, it’s monstrous.”

Video and images emerged on social media of people drinking on the streets in Dublin and Cork breaking public health advice.

Micheal Martin said he was “extremely concerned” by the scenes on the streets of people not adhering to Covid-19 measures, adding that it puts the progress being made in the fight against the virus into “jeopardy”.

The Fianna Fail leader was due to meet Justice Minister Helen McEntee to discuss the issue on Monday afternoon.

Jake Berry, who leads the Northern Research Group (NRG) of more than 50 Tory backbenchers representing north of England constituencies, said he would be seeking answers from Boris Johnson about lifting the current measures, with some areas seeing little reprieve from restrictions designed to control the spread of coronavirus.

The meeting between Mr Johnson and MPs representing so-called “blue wall” seats across the North, many of them taken from Labour at last year’s election, will take place via online video conference.

“The first is that we need a clear route out of lockdown. Many northern communities have been in some form of lockdown since March, with no time off for good behaviour.

“We need a way out of lockdown for northern people in northern businesses.”

The Northern Ireland First Minister repeated: “It was a very difficult and torturous week.”

She said ministers’ “balanced and proportionate” decisions also recognised that people needed to be able to earn a living.

“Otherwise they will fall into poverty and health outcomes that are very bad as well.”

She rejected suggestions from Traditional Unionist Voice leader Jim Allister that powersharing did not work.

“I do not make apology for trying to get to a balanced and proportionate place, and I think that has been where people want us to get to as well.”

1605538972Latest coronavirus figures for hospitals in England are in:

A further 190 people who tested positive for coronavirus have died in hospital in England, bringing the total number of confirmed deaths reported in hospitals to 36,512, NHS England said on Monday.

Patients were aged between 29 and 100. All except three, aged between 65 and 90, had known underlying health conditions.

The deaths were between October 19 and November 15.

One other death was reported with no positive Covid-19 test result.

Plans to mass test the whole population for Covid-19 could “fail miserably”, an expert on screening has warned.

Dr Angela Raffle, consultant in public health and honorary senior lecturer at the University of Bristol, said: “When I learned of the Moonshot proposals this seemed to me to be the most unethical proposal for use of public funds or for screening that I’d ever seen.”

She highlighted several problems, including the short period of time in which people need to be tested, that the planning and infrastructure is not in place, the cost and that the proposals have not been scrutinised by screening experts.

“It worries me that ministers or whoever can wake up one morning saying, ‘let’s spend £100 billion on this’ and not have it scrutinised,” she said.

“It would be like building a Channel Tunnel without asking civil engineers to look at the plans. Even if it could work the way we’re going about it is destined to make sure it will fail miserably.”

She added the proposals could also lead to a “chaotic scramble to have tests, which we don’t know will bring any benefit”.

Wales’ Health Minister Vaughan Gething has described mandatory vaccination as “the most extreme and most unlikely outcome possible”.

Mr Gething told a press conference that it was “certainly not any part of our working assumption” in Wales.

“I’ve never tried to mandate vaccine provision in the several years that I’ve been a minister in the health department, as deputy or as a Cabinet minister,” Mr Gething said.

“I don’t think we’re going to get anywhere close to that this time around.

Mr Gething said he had always been “deeply sceptical” about the benefits of mandatory vaccination and was not “particularly keen to try to change the law for that to happen”.

“I’m interested that people understand the evidence about the safety of a vaccine, then making the right choice to protect them, their family and their community,” he said.

There have been a further 892 cases of coronavirus in Wales, bringing the total number of confirmed cases to 67,106.

Public Health Wales reported another two deaths, taking the total in Wales since the start of the pandemic to 2,209.

In the vicious briefing wars that have taken place since the turmoil in No 10 became public, allies of Dominic Cummings and Lee Cain had been accused of calling Boris Johnson’s fiancee Carrie Symonds “Princess Nut Nuts”.

Asked what Mr Johnson thought about that, the Prime Minister’s official spokesman said: “I have read an awful lot of unattributed anonymous material over the course of the weekend and  I have never chosen to comment on that.

“From the Prime Minister’s point of view, he knows that the Government and No 10 is focused on getting the country through the coronavirus pandemic and on delivering his levelling-up agenda.

“He has a huge job of work to do on behalf of the people who put him here and he has never been more committed to delivering on their behalf.”

Asked about Ms Symonds’ role in No 10 – she reportedly lobbied against Mr Cain’s appointment as chief of staff – the spokesman said: “The Prime Minister receives advice from his political appointees and civil servants, but ultimately it is for him and ministers to decide.”

Don't Miss it Covid 19: Boris Johnson feeling 'great' as self-isolation begins – BBC News
Up Next Is Tasmania prepared for a second wave of coronavirus? | ABC News