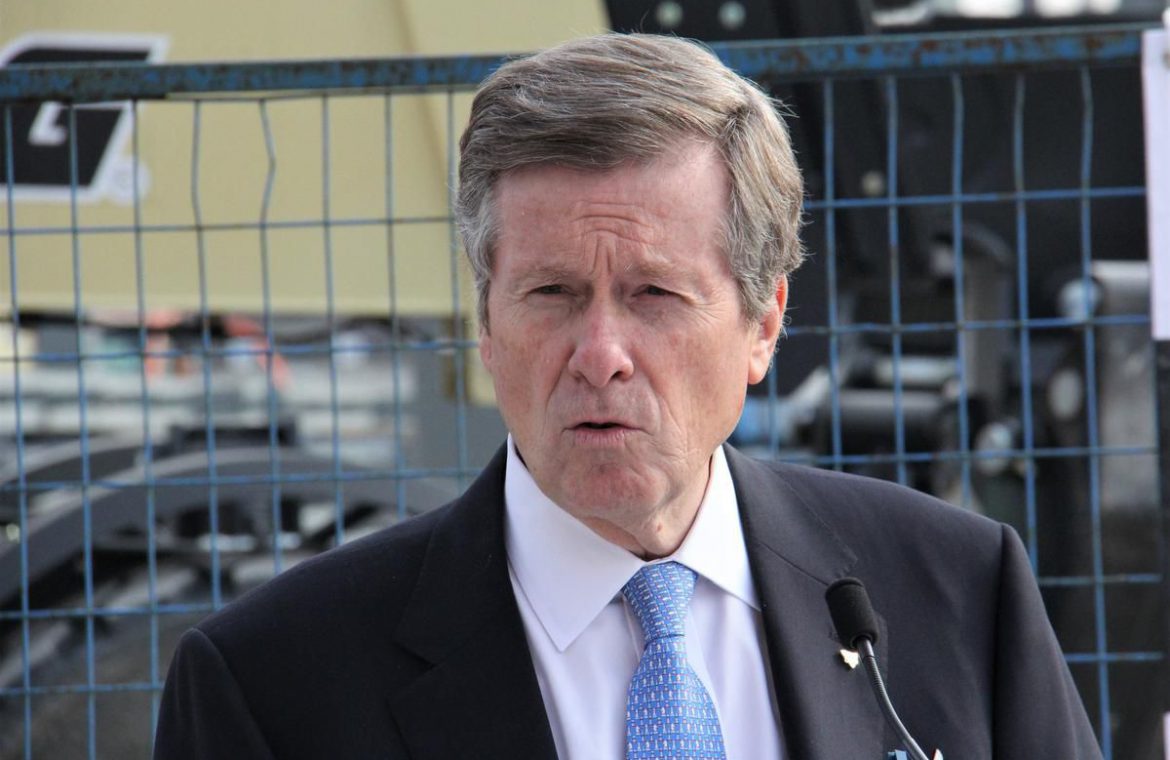 Tory told reporters at an afternoon briefing that weekend discussions between city and provincial politicians and health officials focused on possible new rules to discourage people from gathering in “crowd scenes” where the virus can spread.

Enforcement teams, meanwhile, continue to break up already-illegal crowd scenes including, on the weekend, a birthday party with more than 100 people crowded into a commercial storage unit in Etobicoke.

Tory said early Monday the new measures could including limits on the number of people inside stores or malls. At the later briefing he called his suggestion “hypothetical” because discussions on restrictions were still ongoing.

Dr. Eileen de Villa, Toronto’s public health chief, refused to suggest which new rules could be placed on top of her order that took effect Saturday extending the closure of indoor dining and allowing gyms to reopen with no group classes.

“Enclosed indoor spaces and for prolonged periods — those are the kinds of circumstances we need to consider,” de Villa said, seeming to agree with a reporter that weddings pose a greater virus risk than shoppers coming and going.

One thing the pair agreed on is that COVID-19 is spreading too fast in Toronto, risking a sharp rise in hospitalizations and deaths unless the virus is contained.

De Villa announced an “alarming” day of 500-plus new cases in Toronto on Monday. Toronto Public Health said the seven-day daily average for new infections was to 453, up from 370 a week ago and 326 two weeks ago.

Toronto hospitalizations hit 176, with 42 of the ill people in intensive care.

Tory told CP24: “I am trying my best with the medical officer, as are all the other people, including the premier, to keep people healthy and to stop this very alarming situation from turning into a much-worse disaster that would take more lives.”

The virus is “getting into long-term-care (homes) again and that would make many more people sick. And we want to keep the schools open too, that’s what we’re really trying hard to do,” with the escalating restrictions, he said.

They both continued to beg Torontonians to stay home as much as possible and to not socialize — even outdoors with masks — with people from other households.

The spread of the virus accelerated during the fall amid the indoor dining ban and other restrictions. But data shows Toronto’s perilous situation would be even worse if no action had been taken, de Villa said, laying groundwork for new measures.

Tory said he expects the new restrictions to be announced any day. He said he prefers the order come from the Ontario government, but if not Toronto will act.

He was joined by other mayors and regional chairs from the Toronto and Hamilton areas on Monday urging Premier Doug Ford to ensure that workers have access to paid sick days to ensure they aren’t going to work infected and sicken others.

Enforcement teams also visited 80 bars and restaurants in the downtown Entertainment District, charging operators of five of them with infractions related to the ban on indoor dining and issuing warning letters at four other businesses.

Toronto got one rare bit of good COVID-19 news. De Villa told the board of health committee that she’s hopeful a vaccine for the virus will start to be available in Toronto within the first three months of 2021.

De Villa previously suggested who she thinks should get the protection first in a mass immunization expected to take months.

Correction – Nov. 16, 2020: This article was edited to correct the attribution of a quote.

David Rider is the Star’s City Hall bureau chief and a reporter covering city hall and municipal politics. Follow him on Twitter: @dmrider

What kind of restrictions should the city implement? Share your thoughts.