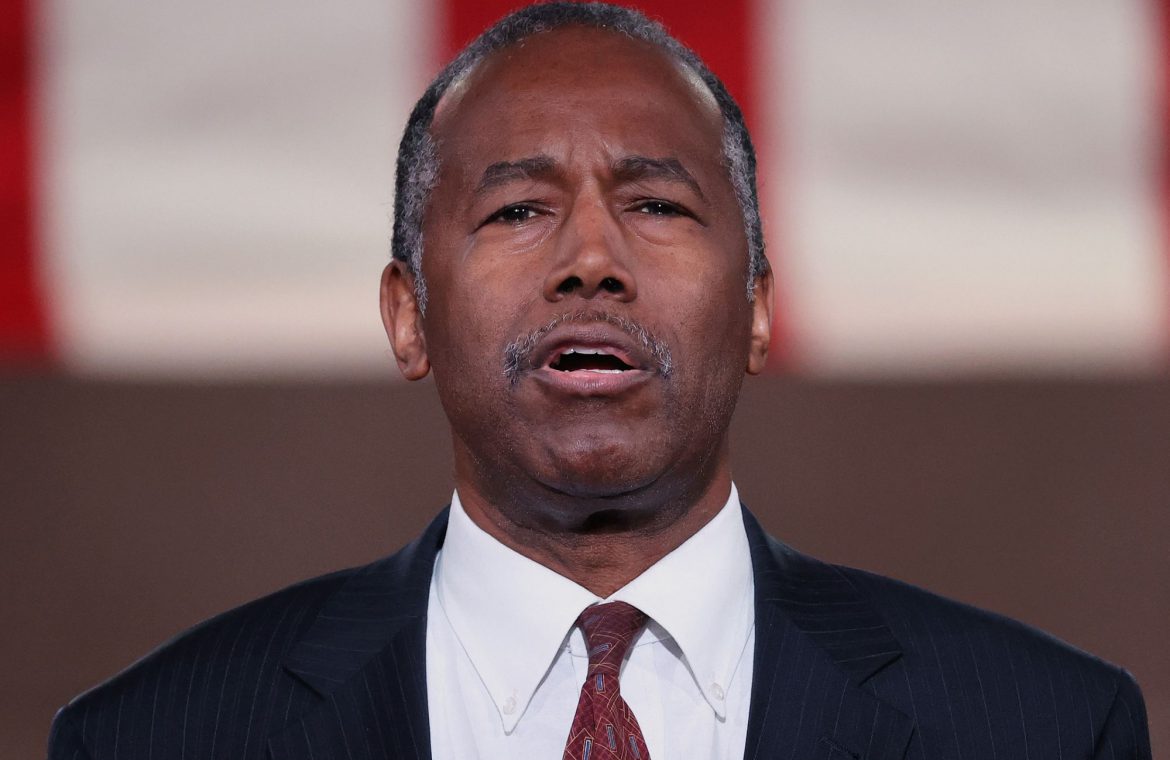 Housing and Urban Development Secretary Ben Carson said he tried an unproven, unapproved herbal extract promoted by My Pillow CEO Mike Lindell to treat his infection with the coronavirus.

“I heard about the oleander extract from Mike,” Carson, a former neurosurgeon, said in an interview, according to the Washington Post.

For months, Lindell, who served as President Trump’s campaign manager in Minnesota, has pushed oleandrin, which is derived from the poisonous oleander plant, despite the lack of evidence to show that it works as a treatment for COVID-19.

“Anybody who has ever gotten COVID and taken it, they are fine in five hours, and the next day are running around playing floor hockey in the hallway,” Lindell has claimed.

Carson said he first heard Lindell promote oleandrin in a July meeting in the Oval Office attended by Trump. Following that meeting Lindell boasted that Trump agreed that “the FDA should be approving it.”

Mike Lindell, CEO of My Pillow, speaking at a Trump campaign rally in 2019. (Stephen Maturen/Getty Images)

As the presidential campaign heated up, Carson attended several Trump rallies and events, often not wearing a mask. He also attended the president’s election night party at the White House along with about 150 other guests, and was one of several officials who later tested positive for COVID-19.

When he was diagnosed with COVID-19 at Walter Reed National Military Medical Center on Nov. 9, Carson was treated with a monoclonal antibody. When and where he also received oleandrin is not known.

“Secretary Carson has tested positive for the coronavirus. He is in good spirits and feels fortunate to have access to effective therapeutics which aid and markedly speed his recovery,” Carson’s deputy chief of staff Coalter Baker said in a statement last week.

There is no clear answer to why Carson began feeling better so quickly, but the FDA has still not, as Lindell had hoped, approved oleandrin to treat COVID-19. Citing the extract’s significant health concerns, it rejected application in September from a company that sought to make oleandrin available in a dietary supplement. The FDA also lists oleander in its poisonous plant database, and health experts warn that consuming it can be lethal.

“This is not a friendly plant … don’t go near this plant,” Dr. Matthew Heinz, an internist in Arizona treating COVID-19 patients, told ABC News, adding, “Accidentally ingesting even small amounts can kill you.”

Pressed in an August interview with CNN’s Anderson Cooper about his financial stake in the company hoping to cash in on the sale of oleandrin to treat COVID-19, Lindell said promoting the extract was what “Jesus has me do.”

Lindell’s enthusiastic endorsement of Trump in the 2020 election was ultimately ineffectual: Trump lost Minnesota to Joe Biden by more than 230,000 votes.