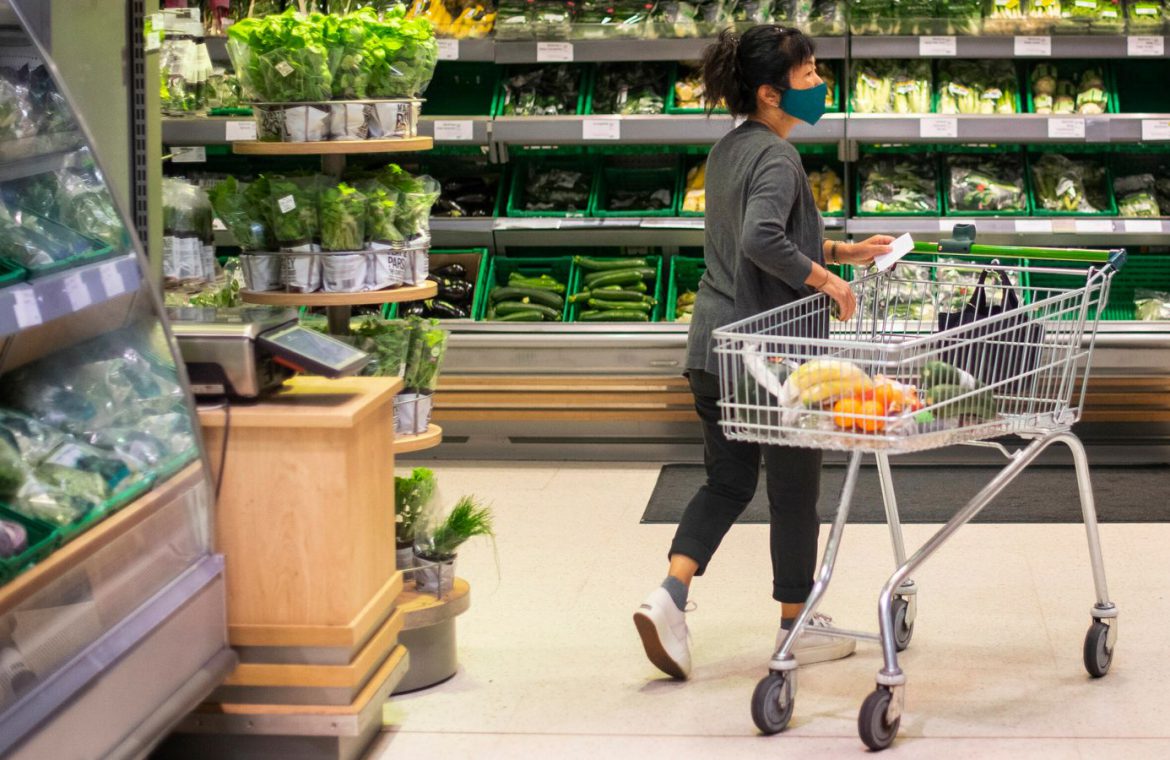 Supermarkets are the most frequent common exposure setting for those who have reported a positive test to the Test and Trace app in England, new data suggests.

Public Health England (PHE) collated the data using the NHS Test and Trace app – meaning that the figures were based on members of the public who had the app and had tested positive.

This week’s government Test and Trace data showed that of those who tested positive, some 60.5% had their close contacts traced.

By analysing the contacts and retracing the steps of the 128,808 people who’d reported they had tested positive between 9 November and 15 November, PHE data has uncovered the most frequent locations people with the virus had been, prior to testing positive.

During the increased national restrictions in England, supermarkets have remained open for shoppers. The new data suggests they are now the primary setting where those who had tested positive with the disease, reported to have been.

Live coronavirus updates from the UK and around the world

The second most common location reported by those who tested positive for COVID-19 were secondary schools, followed by primary schools, and then hospitals, and then care homes.

Of those who tested positive for COVID-19 in the days analysed by PHE, 18.3% of them said they had visited a supermarket.

Approximately 9,789 common locations were reported in total – of which the below list calculates the percentage of the most frequent.

Proportion of all common locations reported in PHE data:

In the most recent week, 124 clusters of COVID-19 were recorded in English secondary schools, with the PHE data charts showing the virus is most prevalent among the older age group.

The total number of outbreaks in secondary schools in England is 822, while primary schools have recorded 732 clusters since records began.

Shopping, attending childcare educational settings and eating out were among the top three activities reported by people testing positive before experiencing any symptoms, the data showed.

The PHE data also suggests that the number of contacts by exposure was highest among households and household visitors.

The PHE charts also suggest that infection rates appear to be levelling off or even declining in some parts of England, such as the North West and Yorkshire and the Humber.

Cases are lower but are still rising in places such as London, the South East and the West Midlands.

And while COVID-19 rates appear to be falling in England for most adult age groups, the PHE data suggests they are continuing to rise among people over 70.

The new data comes as government scientific advisers are warning that mixing at Christmas poses “substantial risks” – particularly for older people – and there is “far too much emphasis” on having a normal festive period.

Professor Andrew Hayward of University College London (UCL) said the country was “on the cusp” of being able to vaccinate older populations and it would be “tragic” to throw away the gains made in suppressing the disease.

Meanwhile, a leading World Health Organisation (WHO) official suggested families could meet for picnics in the park during the festive season, adding that this year will be “a different Christmas but that does not mean it cannot be a merry one”.