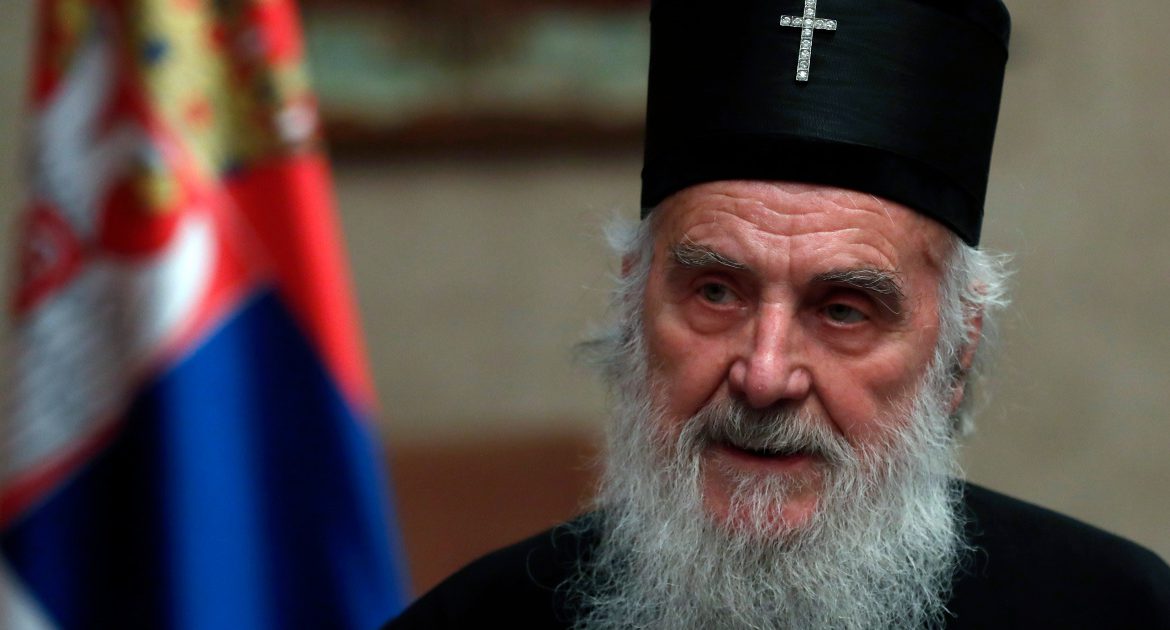 The leader of the Serbian Orthodox Church, Patriarch Irinej, has died after testing positive for the coronavirus, the church said Friday. He was 90.

The patriarch was hospitalised with the virus early in November, soon after attending the funeral of the head of the Serbian Orthodox Church in Montenegro, Bishop Amfilohije, who also died from complications caused by the COVID-19 infection.

Since Amfilohije’s death, and the hospitalisation of the patriarch, Serbian priests have been appealing for their parishioners to take the virus seriously. They had previously downplayed the threat from the global pandemic.

“It was an honour to have known you,” Serbian President Aleksandar Vucic said on Instagram with a black and white photo of Irinej. “People like you are never gone.”

At that funeral, thousands of mourners, most of them with no masks or keeping any distance between each other, gathered in the Montenegrin capital of Podgorica on November 1, in violation of coronavirus-fighting measures proclaimed by the small Adriatic state’s authorities.

Irinej took over the influential church’s helm in January 2010 after the death of his predecessor, Patriarch Pavle, who was a highly popular and respected church leader in the Balkan country.

At the time, Irinej was seen as a relatively moderate and a compromise choice among the factions within the church.

But throughout his church reign, he maintained the hardline nationalist stance the church developed during the wars that cleaved the Balkans in the 1990s. They included beliefs that the Serbs were historic victims of injustice and played on what were believed to be anti-Serb policies of rival Balkan nations as well as the international community.

He has often criticised Western policies towards Serbia over its breakaway Kosovo province, which unilaterally declared independence in 2008, and kept close relations with the Russian Orthodox Church and Vucic.

Irinej was among the rare Serbian church dignitaries who openly called for improved ties with the Roman Catholic Church. He said the two churches should overcome historic differences.

The Serbian church is one of a group of autocephalous, or independent, churches that make up the Orthodox Christian faith. The Orthodox Churches split from the Vatican and the Roman Catholic Church in the 11th century in an event called the Great Schism.

Don't Miss it UK coronavirus LIVE: Lockdown ‘showing signs of working’ but Christmas easing ‘could spark third Covid wave’
Up Next US Coronavirus: The country just recorded more than 2,000 Covid-19 deaths in a day. One model predicts that number will keep growing