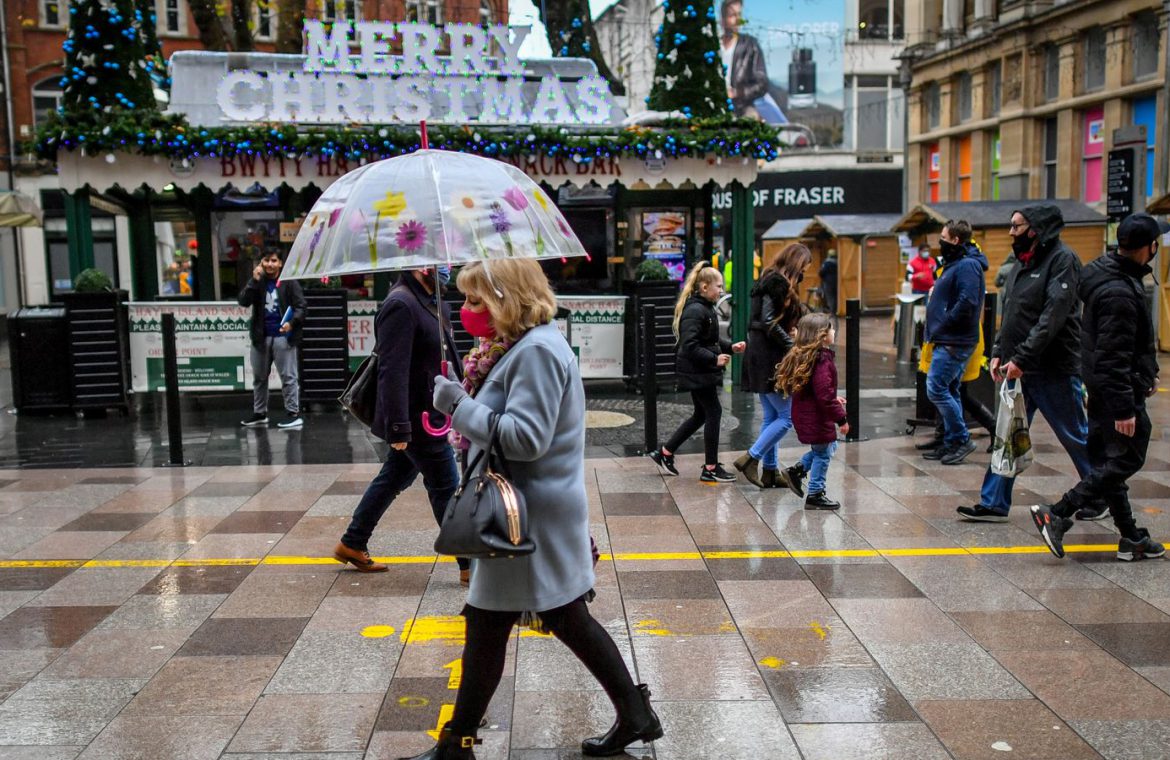 People have been warned against holding large Christmas celebrations this year, despite hopes of a COVID-19 vaccine rollout.

Former chief government scientific adviser Professor Sir Mark Walport has said that while there was “something iconic in people’s minds” about the festive season, it “doesn’t make sense to have big parties” in the face of the current coronavirus pandemic.

Vaccine could be rolled out next month – Hancock

His comments came as it was reported Boris Johnson was preparing to announce a plan for an easing of the COVID-19 rules over Christmas, where several families could be allowed to join a bubble and to mix between 22 and 28 December.

Health Secretary Matt Hancock had earlier told a Downing Street briefing it was still too soon to say what contact people would be able to have, but said it would be “boost” for the UK if a “safe, careful and sensible” set of plans could be agreed between the devolved nations.

Sir Mark, a member of the Scientific Advisory Group for Emergencies (SAGE), also said while the current UK lockdown measures appeared to be working, people should continue to follow the rules.

He told Times Radio: “It’s absolutely clear that if you were to stop everything and take the brakes off completely, then infection would start growing again and so the question is what measures will come in after 2 December?

“I’m sure there will need to be continuing measures of some sort.

“Surely now, when there is the prospect of a vaccine, is not the time to give up.”

Leaked NHS documents had suggested every adult who wants a jab could be vaccinated by early April.

However, NHS England has moved to play down the draft plan, insisting it was “no longer up to date relative to the latest information from companies on likely supply schedules”, and pointed out that as yet there was still no authorised vaccine.

Pfizer boss: ‘Light at the end of the tunnel’

Sir Mark’s warning was echoed by the deputy chief executive of NHS Providers, who expected restrictions to be in place into the new year to get the country through the “hump” of winter.

Saffron Cordery told the BBC: “There’s this huge hope [of a vaccine] among staff and among the general public and this sense of ‘oh we can take our foot off the pedal now’.

“But actually we can’t, we need to hold on just a little while longer until all of the elements are in place.”

Meanwhile, Mayor of Greater Manchester Andy Burnham called for “evidence-based” restrictions following the end of the current lockdown in England.

He said: “Yes I accept that restrictions will continue to be needed but make them proportionate and evidence-based, and there’s no evidence that the 10pm curfew brings infections down.”

It comes after Mr Hancock said he is increasingly hopeful of achieving some degree of normality by spring, as he confirmed the UK’s health regulator is assessing a coronavirus jab which could be rolled out next month.

He described the consideration by the Medicines and Healthcare products Regulatory Agency (MHRA) of the Pfizer/BioNTech vaccine as “another important step forward in tackling this pandemic”.

Mr Hancock said: “If the regulator approves a vaccine we will be ready to start the vaccination next month with the bulk of rollout in the new year.

“We are heading in the right direction but there is still a long way to go.”