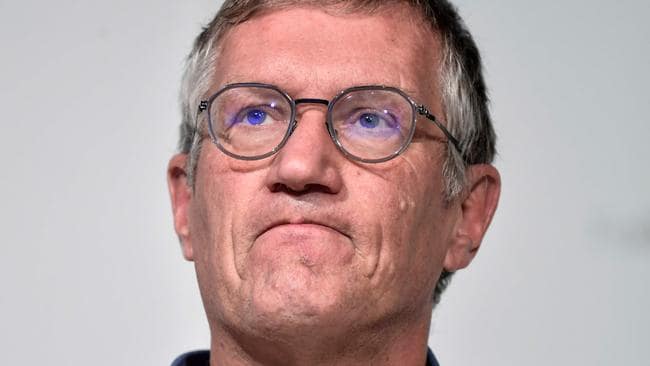 The message is echoing around the Nordic breakaway nation which, up until now, has run a distinctly different race to its neighbours who locked down hard when the pandemic breached its borders.

It signals a complete reversal of a policy that allowed Swedes to govern themselves in the hopes that life could go on as normal.

Life did carry on as normal and it looked like Sweden might be vindicated for its strategy. But in the past few weeks, the country of 10 million has been smashed by COVID-19.

There were 6000 cases in a single day last week and hospitalisations are rising faster than anywhere else in Europe.

The death toll is following predictably behind. The Washington Post reports that Sweden’s per capita death rate is several times higher than in Finland, Denmark and Norway – all of which locked down early.

It is believed roughly one-in-five people in Stockholm are infected.

With numbers exploding, Prime Minister Stefan Lofven has been forced to swallow his pride and admit that he got it wrong.

RELATED: Virus will ‘fight back’ against vaccine

At a news conference on Monday, he did just that, telling reporters: “It is a clear and sharp signal to every person in our country as to what applies in the future. Don’t go to the gym, don’t go the library, don’t have dinner out, don’t have parties – cancel!”

And with that, Sweden’s experiment was officially crushed. But critics say it was never going to succeed.

Australian man and COVID-19 long-hauler David Steadson, who worked as an epidemiologist with the University of Queensland before moving to Sweden 20 years ago, told news.com.au the Swedish model rested too heavily on the wishful thinking that Swedes would keep themselves safe.

But the attitude that COVID-19 was not to be taken seriously became intertwined in the public health response.

When Mr Steadson first became ill, the advice from doctors was to stay away.

“Having suspected I had COVID-19, I was told not to even go to the doctor for fear of infecting health staff,” he says.

Even local media failed to gauge the seriousness of the situation, he said.

“Media outlets seemed more concerned with protecting Sweden’s image than they did in reporting the facts, and challenging the authorities over some of the frankly outrageous statements they make is left almost entirely to foreign journalists,” he says.

Dr Nick Talley is editor-in-chief of the Medical Journal of Australia. He says the Swedish model has been a failure.

“In my view, the Swedish model has not been a success, at least to date,” he told news.com.au.

“One clear goal at least early on was [to] reach herd immunity – but this was not achieved, not even close, and this was arguably predictable.”

He is joined by an increasing number of experts, both overseas and in Sweden, who are seeing the light.

Annika Linde, who was the predecessor to Sweden’s top public health officer Anders Tegnell, told the UK’s Daily Telegraph that she “hoped” Dr Tegnell was right about projections that Sweden would suffer less casualties because of accrued immunity.

“I hoped he was right. It would have been great. But he wasn’t,” she said. “Now we have a high death rate, and we have not escaped a second wave: Immunity makes a little difference maybe, but not much difference.”