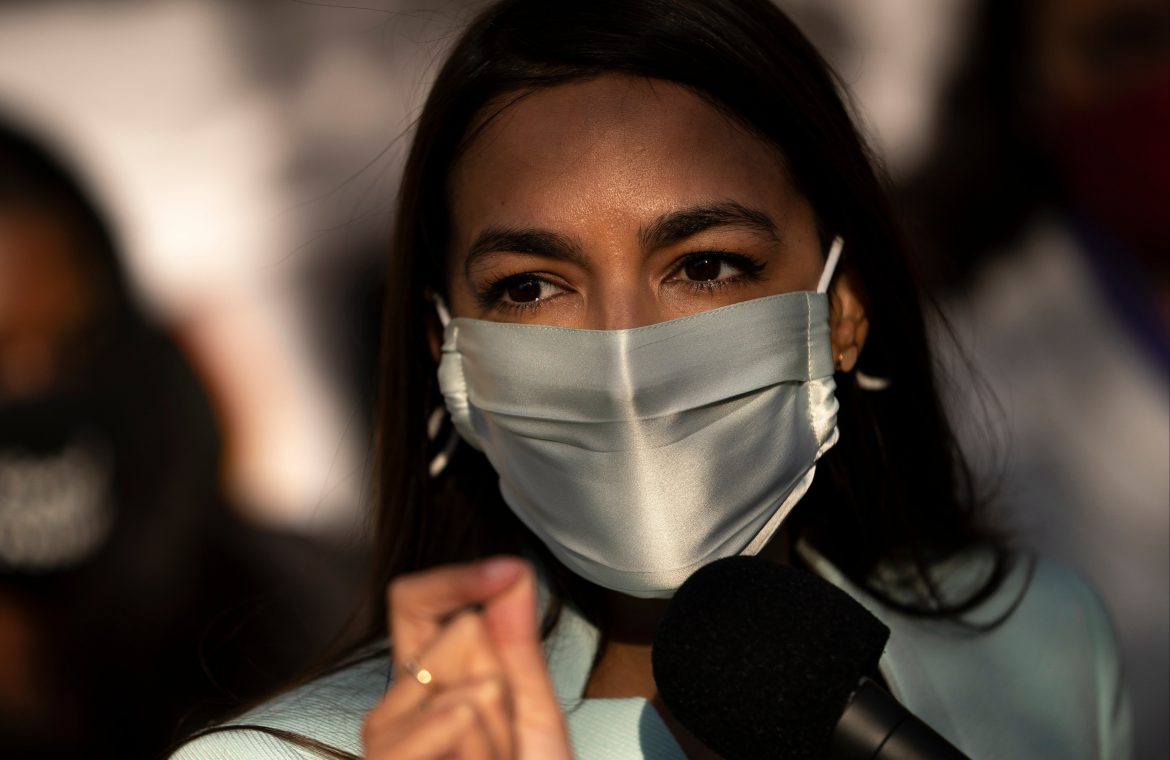 Her ire was directed at Mr McConnell for dismissing the Senate rather than holding session and passing some form of relief for people struggling as governors across the country call for economic restrictions to curb the spread of the virus.

“People across the country are going hungry, Covid is set to explode, and Mitch McConnell dismissed the Senate last week,” she wrote in a Twitter post. “I don’t know how these people can sleep at night. I really don’t.”

Earlier in the week, Ms Ocasio-Cortez pleaded with senators – specifically Republican senators – to put themselves in the shoes of individuals suffering from the virus’s economic impact.

Ms Ocasio-Cortez has been an outspoken proponent of the government providing a second stimulus bill, but this time without a tax cut for large corporations attached. Republicans fired back at her, insisting the claim was unreasonable.

“AOC, are you suggesting you want to pay people to stay home from the money you take by defunding the police? Or was that for the student debts you wanted to pay off, the Green New Deal or Medicare for All?” Nikki Hayley,  former governor of South Carolina and onetime UN ambassador under the Trump administration, asked.

Ms Ocasio-Cortez replied by calling on Republicans to “find the spine to stand up to their corporate donors” and to pass a coronavirus relief bill that did not include a “Wall Street bailout.” She also pointed out that police budgets are municipal, not federal.

“Utterly embarrassing that this woman was a governor and still doesn’t have a grasp on public investment,” she said.

Ms Ocasio-Cortez is far from the only politician demanding urgent action to support Americans struggling financially due to the pandemic; both Democratic and Republican Treasury secretaries also publicly penned a letter calling for an immediate stimulus bill.

Congressional movement on a new stimulus bill came to a halt months ago. Democrats wanted a stimulus bill of $2bn or more, while Republicans refused to budge beyond $500 million. The Republican plan would renew some benefits authorised under the original CARES Act and also provide funding for state and local governments, though it would be much less than would be provided under the Democrat’s plan.

Protections on Americans from financial obligations – like increased unemployment insurance and an eviction moratorium – will run out by the end of the year, before Joe Biden takes office in January.

Mr McConnell has suggested that another round of employee protections for businesses would provide major assistance to Americans who face layoffs due to the virus.

“American workers should not lose their jobs needlessly when a second round of the job-saving Paycheck Protection Program for the hardest-hit small businesses would make a huge difference,” he said.

However, the original PPP was not without its faults; the first round of funding was depleted for many businesses by the middle of the summer, and the programme was criticised for allowing huge companies to tap into the funds meant to help smaller businesses keep their employees on staff.

Further, only half of the 22 million Americans who lost their jobs during the first wave of the virus have been able to find new jobs. Further employee protections would not help them as they are not employees.

Critics of the plan have pointed out that $1,200 in many larger cities is barely enough to cover rent for a month, nevermind additional expenses like food, utilities and childcare.

Mr McConnell has dismissed the Senate until after Thanksgiving. Then the legislators will meet for several weeks of a lame duck session until the new Congress is sworn in on 3 January.

As a result, any future relief will not come until the new year.

Economists are increasingly growing concerned that the country could suffer a “double dip recession” in which the economic recovery after the first wave of the virus fails, and the country slides back into a recession.

Beth Ann Bovino, chief US economist at S&P Global, told The Hill that further lockdowns caused by the virus could crush any hopes of economic recovery.

“It’s alarming, to put it mildly,” she said. “If this spreads and governments are forced to go back to lockdown measures, this very fragile recovery is sure to fail.”