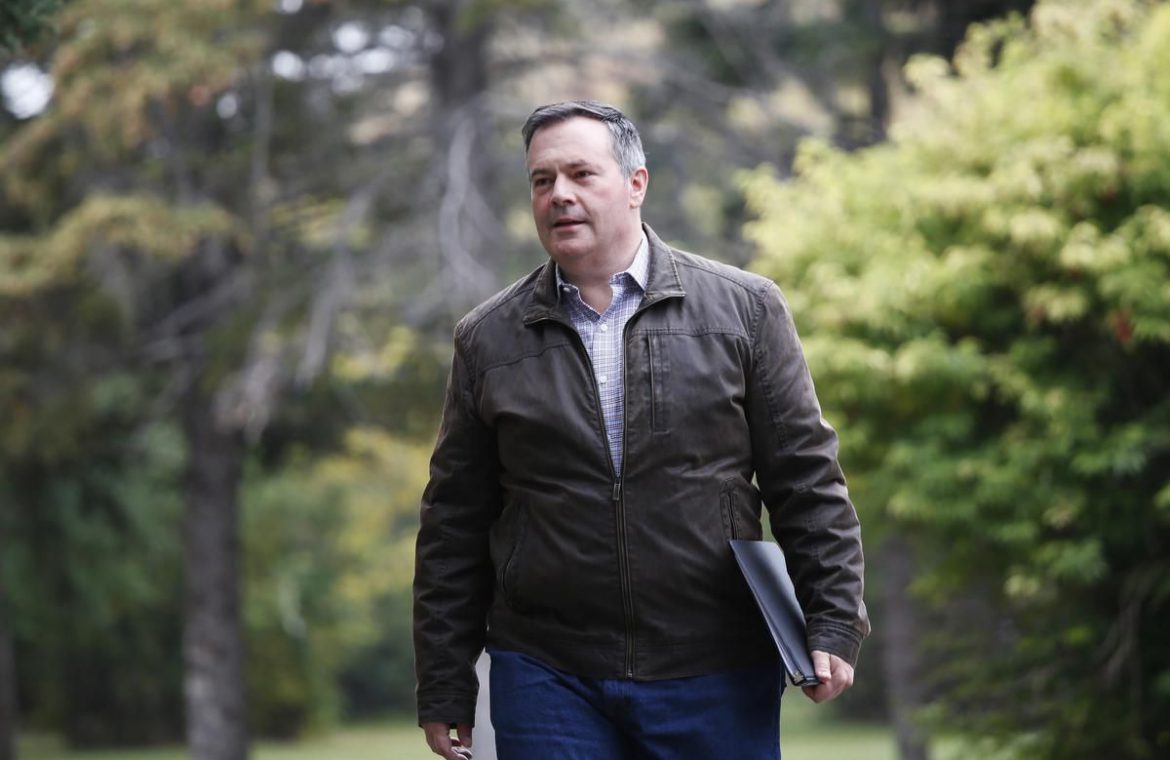 CALGARY — Alberta has surged past Ontario, but it’s a victory no one wanted.

On Monday, the province recorded 1,549 cases of COVID-19, bringing the total number of active cases to 13,166 — the highest in the country. A day earlier, Alberta had for the first time posted a higher daily total than Ontario, a province with three times the population.

But as social media erupted over a recent surge that has propelled the United Conservative-led province almost to the top of Canada’s COVID-19 metrics, Albertans remained free to dine out, shop as desired and gather in groups of as many as 15 or have weddings attended by 50 people.

Premier Jason Kenney, long reputed to be one of the hardest working people in politics, has taken an uncharacteristically hands-off approach to the pandemic, particularly in recent weeks, experts say.

At a news conference 11 days ago — the last time he’s spoken at a COVID-19 presser — he again urged residents to exercise their personal responsibility to curb the near-out-of-control spread of the virus. A few weeks before that, he declared Alberta the “freest” province in the country.

Indeed, as Ontario goes back into lockdown and British Columbia and Manitoba introduce new restrictions, Albertans have remained relatively unencumbered. Kenney has repeated stressed the need to keep businesses open and the economy functioning. He announced the last targeted measures on Nov. 12, which required bars to close at 11 p.m. and stopped group fitness classes.

“COVID-19 is challenging us and we have to rise to this task,” he said at the time, calling outbreaks in long-term care homes in particular, “very troubling.”

But experts say these measures have fallen short of what is needed, and that Alberta will now pay the price.

As cases rocket skyward, the question may be, has the province’s freedom come at a cost?

Kenney, whose second period of isolation due to exposure to COVID-19 ended Monday, was due to head into a cabinet meeting the same afternoon with the specific intent of discussing action. New measures are to be announced Tuesday, but what they will look like is unknown.

“Jason Kenney has a tendency to stick with what he thinks makes sense, whether that’s determined by his ideological perspective or just a sense that he’s right and he knows what he’s doing,” notes Lori Williams, a policy studies professor at Calgary’s Mount Royal University.

“But I think things are getting to the point now where practical realities are just crashing in on Albertans, generally, and that demands a different kind of response.”

Some doctors worry it may already be too late.

Two weeks ago, Dr. Noel Gibney, professor emeritus in the department of critical care at the University of Alberta’s medical school, was among dozens of doctors to write to the Alberta government and propose what’s now become known in other countries as a “circuit breaker,” in which the province is shut down for a short period of time in an attempt to slow the spread of COVID-19 and buy time for the health-care system.

Gibney said he received a note that the letter was received, then watched cases continue to grow steadily. He’s hoping for significant action Tuesday.

“Two weeks from now, the system is going to be absolutely teetering, if not over the brink. And if he doesn’t do it tomorrow, I mean, the consequences, I just cannot imagine. They will be absolutely catastrophic for care in the province.”

When the new numbers were released Sunday, Kenney retweeted Dr. Deena Hinshaw’s plea for people to “continue to follow public health measures,” an appeal to public compliance that has played on loop in the province for weeks, but remained silent. The hashtag #WhereIsKenney was still trending on social media Monday.

In contrast to Ontario Premier Doug Ford, who turns up to a COVID-19 news conference and takes questions most days, Kenney hasn’t attended one since Nov 12.

“How bizarre is that?” asks Dr. Joe Vipond, an emergency room physician in Calgary. “During the Calgary floods, during the Fort McMurray fire, we had our leaders in the media talking to Albertans every single day. This is a magnitude higher than all of those events as far as human toll, and yet, nothing.”

In an email, a spokesperson for Kenney said that the province’s goal from the start has been to protect “lives and livelihoods.”

“The Premier has been front and centre for every major announcement related to the pandemic, including on Nov. 12 when he announced targeted restrictions, and Albertans can expect to see him again tomorrow after today’s Cabinet committee meeting,” the email reads.

But in what some critics see as an attempt to downplay the pandemic, Kenney has emphasized the advanced age of those who have died — “The average age of death from COVID in Alberta is 83, and I’ll remind the house that the average life expectancy in the province is 82,” he told the legislature in May.

Likewise, last week Alberta began publishing a list of the number of people who had died of COVID-19, but also had other health conditions.

“I’ve seen multiple deaths,” Vipond said in response. “I’ve seen people who were living at home quite happily dead in front of me. It’s callous to think that these people, whose deaths could have been prevented, are just cannon fodder.”

Kenney is fond of comparing his province to more populous ones, such as British Columbia, Ontario and Quebec when curtailing spending. But unlike B.C., Alberta has released no modelling since May, and while debate over lockdown thresholds rages in Ontario, Alberta officials have resisted calls to clarify what, exactly, would prompt action.

Ford, in particular, stands in contrast to Kenney. A fellow conservative, he’s taken on a more public role in his province’s pandemic response, a strategy that has not gone unnoticed in the West.

“The one huge contrast between Ford and Kenny is that Ford seems very much to feel the impact of this on the people of Ontario. He seems to have empathy, to be emotionally connected and concerned about the impact of the pandemic, both in terms of health care and on the economy,” Williams said.

“Jason Kenney is much more intellectual in his dealings with things,” she said. “He doesn’t sort of appear to feel the impact that a lot of Albertans do.”

Taken in conjunction with Alberta’s “inexplicable” battle with doctors over pay during a pandemic — after talks broke down, the government cancelled their agreement in February and rolled out its own — and the government’s rejection of the federal exposure notification app in favour of its own version, which as of last week had been used for just 19 cases, Williams says Kenney’s image has suffered.

“I suppose some of this makes sense in terms of Jason Kenny’s attitude toward government, in that he thinks the government should be a bit more hands off and that responsibility and initiative on the part of individuals should be championed, but that doesn’t seem to line up with the reality.”

According to a Leger survey released last week, Albertans were the unhappiest in the country in terms of their province’s pandemic response, with 59 per cent reporting being very or somewhat dissatisfied. In comparison, 31 per cent of Ontarians said the same, as did just 13 per cent of people in Atlantic Canada.

Regardless of what action is taken Tuesday, Gibney says, Alberta is already locked into a trajectory of more cases and more deaths.

He compares Kenney’s focus on personal responsibility to the rhetoric espoused by some Republican leaders in the U.S., and says that, fittingly, the rates of infection and ICU cases in Alberta are beginning to look a lot like the American situation, too.

“There’s no question we’re heading off on our own. Our numbers are starting to look much more like Wisconsin, Texas. And much of the Midwest,” he said.

“It has in my mind, set us on a trajectory where we’re going to have unnecessary deaths that shouldn’t have taken place.”

How do you think Jason Kenney has managed the pandemic so far?

Don't Miss it RT-PCR test to detect Covid-19 to be available for free in Delhi; will give results in 6 hours
Up Next Why Does the AstraZeneca COVID-19 Vaccine’s Efficacy Vary?