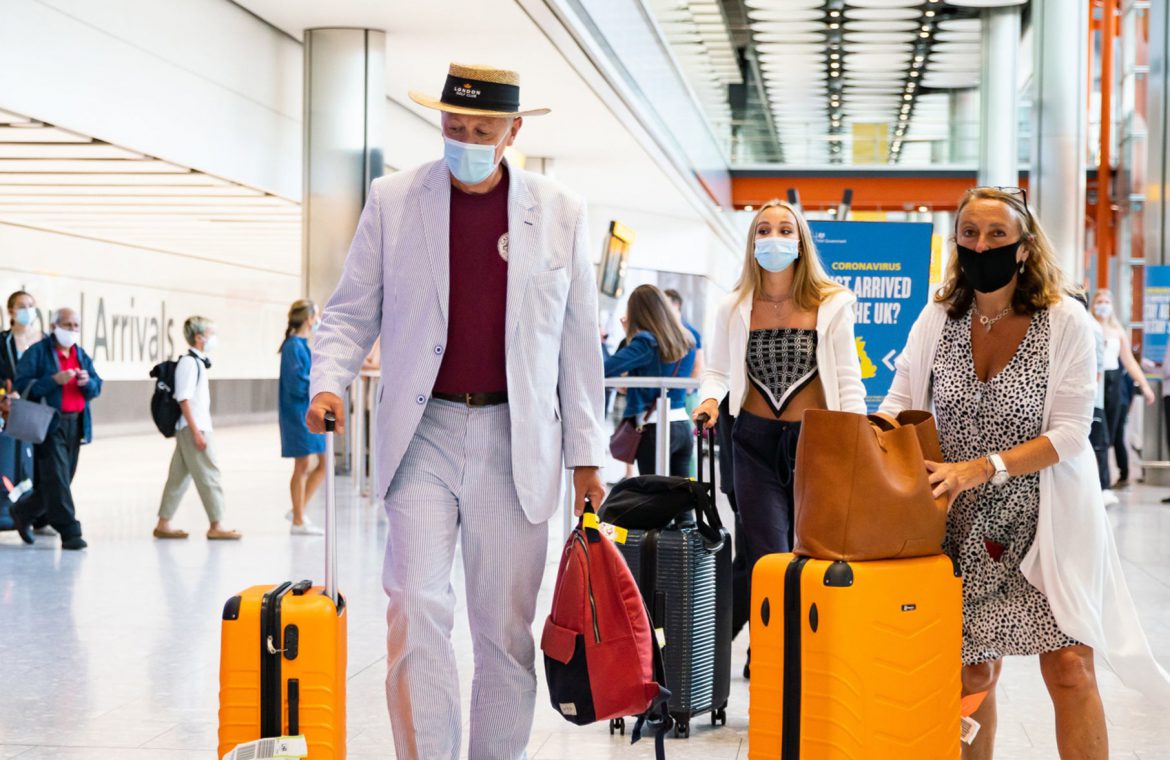 The Government is expected to face a furious backlash from MPs and business chiefs if the capital is hit with draconian Tier 3 restrictions on December 2.

The Joint Biosecurity Centre will make recommendations of which areas of England should be placed in which tier from December 2, Downing Street said.

The Prime Minister’s official spokesman said: “Throughout the pandemic we have always made decisions based on the best available scientific evidence and that will continue to be the case.

“We set out yesterday the five sets of criteria for which we will be specifically looking at … so we are clear what we are looking at.

“The Joint Biosecurity Centre will make recommendations based on those criteria.”

Asked if economic factors would be considered, the spokesman said: “The criteria has been set out … but obviously ministers have always been cognisant of the economic impact.”

The Government’s coronavirus winter plan, published on Monday, sets out five key indicators which will determine which areas are placed in which tier.

Matt Hancock said he was “100%” sure that social distancing measures had been beneficial.

Asked whether he had properly considered the benefits of averting deaths against protecting freedoms and liberties when implementing the restrictions, Mr Hancock said: “Yes, I absolutely do, I think you’ve got to consider all these things.

“Of course, the decisions in terms of impinging freedoms weigh heavily on me, and certainly on the Prime Minister.

“The economic impacts are obvious. I came into politics to try to improve economic chances for people, that was my background that led me here, and now I find myself doing this.

“The reason I can say 100% I think the NPIs have been necessary is that we also know that if the cases go up, if R is above 1.0, then ultimately that is exponential and that means they will go up more and more, and more and more sharply.

“The inevitable consequence of that is that we will bring in stronger NPIs to bring it down, and that has a bigger economic consequence.

“I think, therefore, the lesson of hit it hard and hit it early is an important one.”

1606219199Health Secretary ‘does not expect another national lockdown’

Health Secretary Matt Hancock said that he does not expect another national lockdown to happen.

“I very much hope not to by having a tiered system which is calibrated to be able to bring the virus under control, where that’s necessary,” he told the Health and Social Care Select Committee.

Health Secretary Matt Hancock said that Christmas would not look the same as normal.

He said that over the holiday period it was very important for people to “respect the spread of the virus”.

But he added that he is “not leading” discussions with devolved nations on what the act measures will be.

When asked whether the focus on Christmas could be perceived to be “unfair” to people wanting to focus on other festivities such as Diwali, Mr Hancock said: “I’m very sensitive to this point, and we did think about it and we engaged and we have discussed it.

“Of course it has particular importance for Christians, but it is an important national holiday for everybody in this country.

“So while of course we considered the impact on those of other faiths, Christmas is a special time for everyone in this country.”

1606218607Hancock insists testing was not ‘stopped’ at start of pandemic

Matt Hancock insisted that testing was not “stopped” at the start of the pandemic but focused on hospitals.

When asked about the strategy to move away from community testing, he told the Health and Social Care Committee: “Stopping community testing was a consequence of having to focus the tests on people in hospital because there it has a direct impact on treatment.

“I was told to stop community testing and that we should also stop contact tracing.

“There’s absolutely no doubt that we can, we should and we must learn from all of the international examples, and from our own experience here, about how we can best deal with a pandemic of any source.”

He told the Health and Social Care Committee: “The Test and Trace programme, ahead of the second lockdown, was functioning to reduce transmission enormously.

“By the time of the second lockdown it had already broken the chain of transmission hundreds of thousands of times.

“The problem was, as happened in so many other European countries, that the overall number of cases was going up.

“I don’t lay that at the door of Test and Trace at all because they’d expanded unbelievably fast in the circumstances. And, as we will see, we’re constantly improving the testing and tracing.”

He added: “There were so many other things that were leading to upward pressure on the number of cases.

“That’s why we had to bring in stronger social distancing measures.

“You’ve got to look at what Test and Trace was doing in totality, as opposed to the very specific part that that you mentioned, so in totality we wouldn’t have had the ability to test the people that we did unless we built the capacity, we wouldn’t now be in a position of being able to roll out the very widespread community testing, unless we taken the action that we did.”

Matt Hancock told MPs that the scientific advice at the start of the pandemic was the best that was available.

“I may have said it colloquially, but the approach that I took and far more rigorously tried to describe was being guided by the science,” the Health Secretary told the Health and Social Care Committee.

He added: “The scientific advice was the best that was available. It’s tough because we started knowing nothing at all about this virus, and nothing about its biological properties, nothing about its impact on humans, and then nothing about how it transmitted and the social side of it, and that information built over time.”

Health Secretary Matt Hancock said he hoped the roll-out of a vaccine would signal that life could go back to “normal” by Easter.

He also suggested that some habits encouraged during the pandemic, such as regular hand-washing, would continue.

Mr Hancock told a joint session of the Health and Social Care Committee and Science and Technology Committee: “After Easter, we think we will be getting back to normal.

“Now, there are some things that are ‘no regrets’, right? Washing your hands more and some parts of social distancing are no-regrets things that, I think, will become commonplace.

“But those damaging social distancing interventions that have downsized, whether economic or social downsides in terms of our wellbeing, I should hope that we can lift those after Easter if these two vaccines are approved by the regulator, which of course is an independent decision for the MHRA (Medicines and Healthcare products Regulatory Agency).”

A meeting of the Government’s Cobra committee will be held at around 4pm with representatives from all four UK nations to discuss plans for Christmas, sources said.