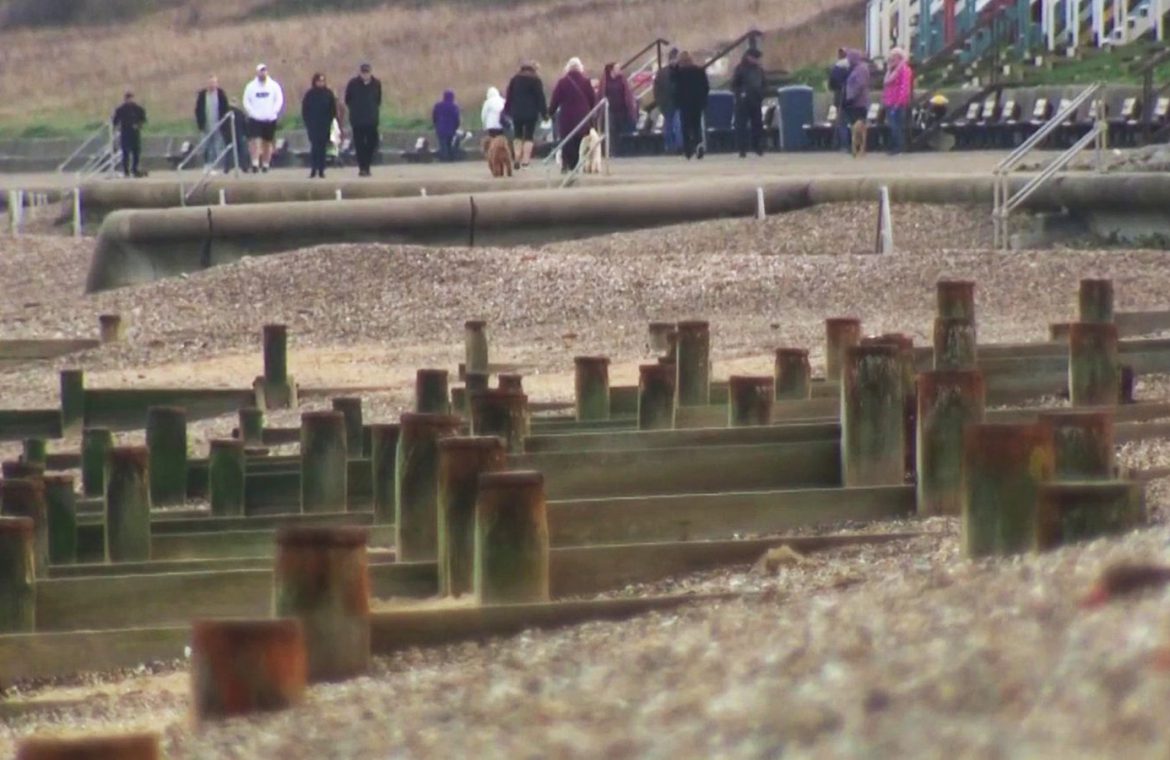 A group of Kent MPs has called on the government to allocate the new COVID-19 tiers by smaller areas rather than entire counties.

Kent, England’s sixth most populous county, has an area with the highest COVID-19 case rate in England while other parts of the county have relatively low rates.

Seven Conservative MPs from across Kent wrote to Health Secretary Matt Hancock on Wednesday in a last ditch attempt to get him to allocate the new three-tier system by district or borough rather than the entire county.

They wrote: “With some districts starting to show some of the highest infection rates in the country, we strongly believe that any local lockdown should be conducted on a borough or district level.”

However, scientists are in disagreement with the MPs and the latest hospital data from Kent’s main hospital Trusts reports 367 COVID patients in beds in the county’s seven main hospitals on 17 November – up from 40 a month before.

Just six weeks ago, Swale had one of the lowest 100 infection rates in England but cases have gradually been rising since then.

Swale borough council leader, Roger Truelove, told Sky News he believes Kent will go into Tier 3 as he said 85% of infections are in the community and believes it is down to some people ignoring social distancing rules, prompting clusters of spikes.

Nearby Thanet, home to Margate, has also recorded a dramatic rise, with a rate of 492 cases per 100,000 people for the same period, making it the third worst affected place in England.

Infection rates in the Kent local authority areas of Medway and Gravesham are also more than three times higher than three weeks ago, putting them among the eight Kent authorities now in the top 100 highest rates in the UK.

But five districts, to the west and south of the county, are at the other end of the scale and remain lower than England’s average rate of 218 cases per 100,000 people in the week to 20 November.

Tunbridge Wells is the lowest with a rate of 120 per 100,000 – although this has almost doubled since 1 November. Ashford, Sevenoaks, Folkestone and Hythe, and Tonbridge and Malling are also all below 200.

Adam Wickings, winter director for NHS Kent and Medway CCG, told a council meeting on Tuesday the area has been affected “very significantly” and earlier than other parts of southeast England.

“I have been in the NHS since 1986. This winter will be the most difficult and is already proving to be.

“We are fairly often getting to the period where we seem to have no intensive care beds left at all.”

Damian Green, MP for Ashford, said he signed the letter because he is concerned people in areas with lower rates will not abide by the rules if they are placed in a higher tier because another part of Kent has a high rate.

He told Sky News: “People in the low incident areas will think this is unfair and unnecessary so it will become less safe because they think ‘it doesn’t apply to me’.

“I think it’s a matter of making the restrictions effective.

“It’s quite likely we’ll be in whatever tier we’re placed in for months, maybe until the end of March.

“The last thing we need is for self-discipline to go down and therefore incidents will go up.

“Nobody wants a national lockdown so it seems fairer if you place restrictions in as small a unit as possible.”

Image:
Thanet has the third highest rate in England

North Thanet MP Sir Roger Gale has signed the letter, with Mr Green saying he would still have done so if his area was high like Thanet.

Gordon Henderson, MP for Sittingbourne and Sheppey, where Swale is, had no comment for Sky News when asked why he chose not to sign the letter.

The areas of Kent that have seen large case increases are also home to the most deprived areas of the county.

One third of areas in both Thanet and Swale are among England’s top 10% most deprived areas, according to latest figures in the Index of Multiple Deprivation.

Image:
Tunbridge Wells has a lower COVID-19 rate than England’s average but may still be placed in Tier 3

Medway, which doesn’t fall under Kent County Council area but is part of the same NHS trust, also has more than a quarter of its areas in that top 10%. The area’s infection rate has increased by more than 300 cases per 100,000 since the start of the month. It is now among the top 25 most affected places in the country.

Despite the MPs request, SAGE, the government’s scientific advisory body, advised on 11 November that “applying measures to larger areas…reduces the importance of ‘edge effects’ [people moving between areas] and makes measures more effective”.

Dr Julian Tang, honorary associate professor of respiratory sciences at the University of Leicester, told Sky News: “The larger the population you restrict, the less the virus will spread.

“Local leaders want to help the economy by reducing the areas, but you’ll just spread it then.

“It’s like ‘eat out to help out’, you pay the penalty for the freedoms you opt for.

“By having a larger area in the same tier it’s like a ring vaccination defence, you want to have a ring of protection around that hotspot.

“We do that with track and trace, the infected person quarantines then everyone around them self-isolates to stop the spread.

“We know that works but it will be very unpopular, the short term loss may be a longer term gain.”