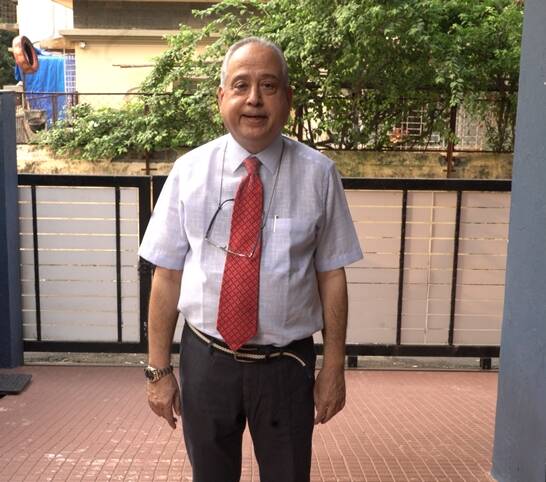 While others his age have been sequestering themselves at home since the coronavirus pandemic began, pulmonologist Dr Jalil Parkar has been on the frontlines. The 62-year-old has been posted in the Covid ICU of Mumbai’s Lilavati Hospital since March, but for a brief while when he and his wife both spent time there, after being infected with the virus.

Every year since 2016, The Indian Express has been marking the 26/11 terror attacks on Mumbai with stories of strength and a public event showcasing the spirit of the survivors. This year, with the city masked and socially distanced, the ones who most powerfully epitomise that spirit are the corona warriors, women and men leading the war against Covid-19 — risking all, so that others can be secure.

Like Dr Parkar; like the coconut climber in Kochi who pooled in money for donation; or the team in Ludhiana of Class 4 workers and colleagues, and another of techies in Hyderabad, who stepped in to help; the community kitchen in Arunachal Pradesh to feed frontline workers run by a group of women; and the women in Delhi’s Nizamuddin making masks that reflect the heritage of a place which was maligned in the initial days of the pandemic.

Starting with Dr Parkar, The Indian Express captures their work and its spirit in this series, followed by a special show to be anchored by superstar Amitabh Bachchan and telecast on November 29 at 8.30 pm on Star Plus as well as digital streaming service Hotstar.

A celebrity doctor used to treating Bollywood actors, politicians and senior officers, Parkar says there was no confusion in his mind about what he had to do when the pandemic struck, despite being aware of the risks. He and his wife, 58, are both diabetic, while his father, 95, lives with them.

Taking due precautions, he got onto the job, tending to patients, consoling them, organising video calls with their family members, and having no choice but to put off some of his more high-profile clients. Often when he checked his phone after Covid duty, there would be 60-70 missed calls. Among those Parkar treated were two younger brothers of actor Dilip Kumar who, he regrets, succumbed to Covid-19.

Then, in June, first he and then his wife tested positive. They were in ICU for a week, as Parkar developed backache followed by loss of smell and taste, and breathlessness, with his CT scan alarming. His wife joined him on the next bed at Lilavati. “When I had the strength, I would get up and draw the drape to see if she was still alive,” he says.

The anxiety made even the doctor who has seen almost everything in his career break down whenever a colleague called. His celebrity status and contacts didn’t help when the drug Remdesivir, then scarce, was recommended for him. Eventually, a 53-year-old stock broker, whose father Parkar had treated for Covid in May, stepped in to help. “My father passed away and I had first-hand experience of the difficulty in accessing the drug. So I purchased Remdesivir vials and provided it to patients in need,” says the stock-broker, requesting anonymity.

Parkar got two doses of Remdesivir, and felt he “saw death and returned from it”.

After they were discharged from hospital, Parkar and his wife had to spend time in isolation. Eventually, it was a month before the whole family sat down for a lunch together, including their son who works at the Trident Hotel and had to live there due to the Covid restrictions. He felt the loneliness of the elderly in the cities, he says, especially in the wake of measures such as ban on domestic helps by neighbourhoods. “My father would have never managed it alone had our help not been there when we were hospitalised,” he says.

Parkar’s colleagues thought he would not expose himself again. But, by July, Parkar was back at work, making only one concession, of working in the morning hours when the hospital is less crowded. He continues to spend over three hours daily at the ICU, starting 9.30 am, and then with patients in the OPD before returning home. In September, when the numbers were steep in Mumbai, Parkar would see over 80 Covid-19 patients a day, down to around 20 now. “I thought God gave me a chance, so why not?” he says.

One of his regrets is that the sixth-floor ICU, with its picturesque view of Bandra Worli Sea Link, bears the gloom cast by Covid-19, with familiar faces now covered by masks. Parkar says sometimes they have to drop the guard. “Eventually I did not hesitate holding a patient’s hand if they needed it.”

However, the one protection he always maintains is his mask. “There is nothing heroic about not wearing a mask,” he says.

Parkar estimates he has treated 1,000 hospitalised Covid-19 patients and another 500 in OPD by now. And, it’s still not easier. “I have seen critically old patients and I feel helpless. There is still not solid treatment for Covid-19 and sometimes there is nothing we can do to save them,” he says.

Don’t miss the broadcast on Sunday, November 29 at 8.30 PM on StarPlus and Disney+ hotstar

Don't Miss it COVID-19, August 6: Daniel Andrews announces 471 new coronavirus cases and eight deaths | ABC News
Up Next Thanksgiving could be a coronavirus disaster for the US as Americans pack airports and seek a comforting family tradition