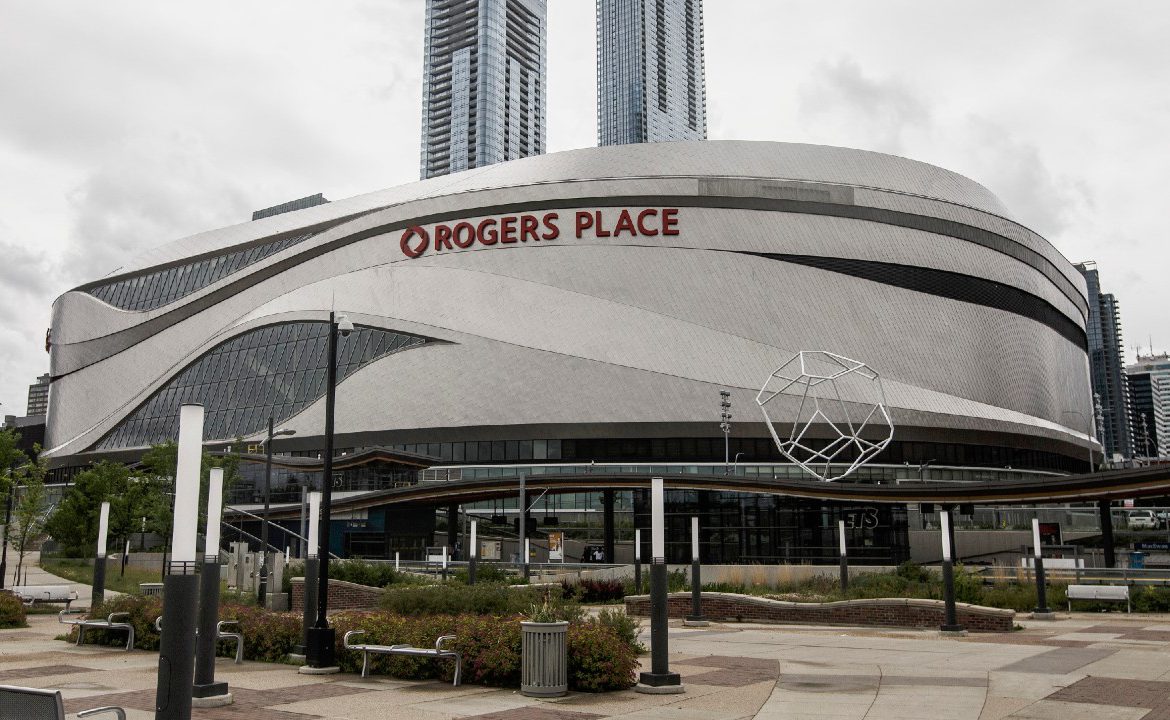 Alberta’s spike in COVID-19 infections and the virus’s infiltration of Canada’s team is concerning for the world junior hockey championship in Edmonton, according to a health and law expert and an epidemiologist.

The 10-country tournament, scheduled from Dec. 25 to Jan. 5 ,is modelled on the same “bubble” used by the NHL to complete the Western Conference playoffs and Stanley Cup final at Edmonton’s Rexall Place in August and September.

But active cases of infection in Alberta are over 10 times higher than when NHL playoffs began Aug. 1. Lorian Hardcastle, an associate professor in the Faculty of Law and Cummings School of Medicine at the University of Calgary, said that makes the optics of hosting the world junior tournament difficult.

“A lot of people’s recreational pursuits have been taken away and people were very happy to have sports to watch on TV,” Hardcastle told The Canadian Press.

“We do need to give people some satisfaction and happiness where we’re able to, but I am concerned with this tournament. With Alberta’s numbers as high as they are, it’s difficult to endorse this.

“The number of cases that we now have is completely different than what we had then.”

The provincial government has banned all team sports until at least Dec. 15, but leagues can apply for exemptions if they have “well-developed COVID safety plans,” according to Premier Jason Kenney.

“I think it’s just all-around a bad idea to be bringing people into this region and this province when we are already facing a situation where our health-care system is overwhelmed and is going to have difficulty coping with those individuals that are here,” said Ilan Schwartz, an associate professor in the division of infectious diseases at the University of Alberta.

“The NHL showed that it can be done, but the stops that were pulled out in order to create and maintain a bubble for the NHL playoffs were enormous.

“It’s not safe for the players to be coming into a place where there’s a surge in infections. While the players themselves are going to be young and healthy and low risk of serious complications from the virus, they are still very much able to transmit it to those people around them.”

Despite screening for the virus upon arrival at Canada’s 46-player selection camp in Red Deer, Alta., two players and a “non-core” staff member who didn’t have direct contact with them have tested positive for the virus.

The host country’s players, coaches and staff are quarantined at the team hotel until Dec. 6.

The three are asymptomatic, according to Hockey Canada.

The nine other international teams are scheduled to arrive by charter flight Dec. 13. Exhibition games are planned for Dec. 20-23.

“We are putting in place in Edmonton what I’m going to call a more secure bubble environment for the event,” Dean McIntosh said Thursday on a conference call.

International players will be required to test negative in quarantine for seven days before travelling to Canada.

They’ll be quarantined and tested daily for five days in their individual hotel rooms after arrival.

Personnel in the “protected zone” will be required to use apps for daily self-assessment as well as providing their location.

“We know where everybody in the bubble is at all times,” McIntosh said.

“That may sound a little high level, but our goal is to ensure that we know the athletes, administrators of teams and well as people delivering the bubble are in a very safe environment and are following the protocols we put in place.

“That, combined with the support we’ve had from both the federal and provincial governments, we feel strongly about our ability to deliver a great event in Edmonton in December.”

The tournament for the world’s top male players under the age of 20 would include 250 players, plus staff, for a total of 400.

That cohort is slightly smaller than the dozen NHL teams that started the Western Conference playoffs in Edmonton.

No personnel tested positive for the virus from the time players entered the bubble July 26 to the hoisting of the Stanley Cup on Sept. 28, according to the NHL.

Don't Miss it COVID-19: Tier 2 is ‘still basically lockdown’ and ‘makes no difference’ to pubs | UK News
Up Next AstraZeneca’s Covid-19 Vaccine: What You Need to Know