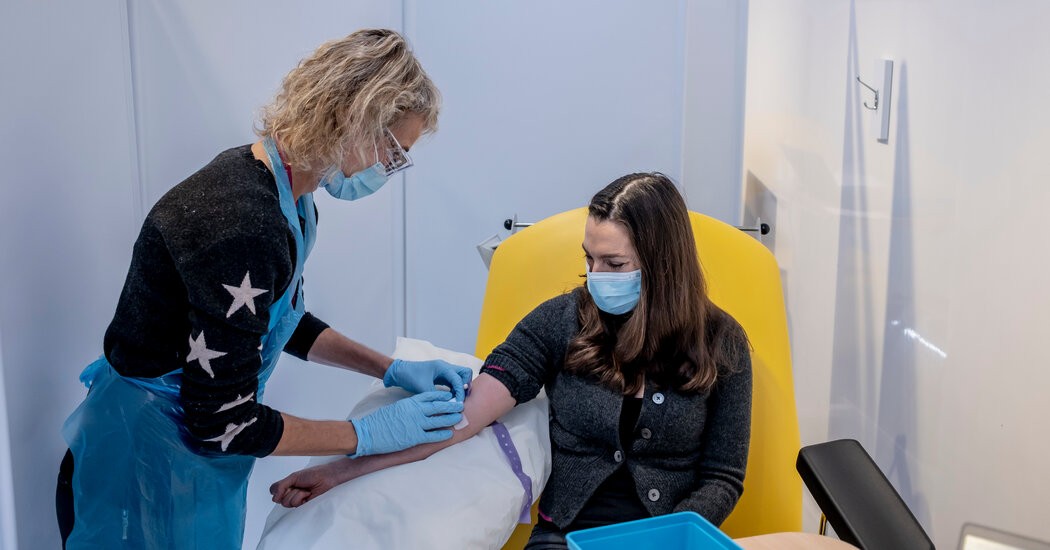 Why did the researchers test two different doses?

It was a lucky mistake. Researchers in Britain had been meaning to give volunteers the initial dose at full strength, but they made a miscalculation and accidentally gave it at half strength, Reuters reported. After discovering the error, the researchers gave each affected participant the full strength booster shot as planned about a month later.

Fewer than 2,800 volunteers got the half-strength initial dose, out of the more than 23,000 participants whose results were reported on Monday. That’s a pretty small number of participants on which to base the spectacular efficacy results — far fewer than in Pfizer’s and Moderna’s trials.

Is the AstraZeneca vaccine safe?

For years, Oxford researchers have been testing their chimpanzee adenovirus vaccine, ChAdOx1, on a number of other diseases including Ebola and Zika. Although none of those studies have reached the final, so-called Phase 3 trials, they have allowed researchers to examine the safety of the vaccine platform. The researchers have not found any serious side effects.

When the researchers adapted ChAdOx1 for Covid-19, their early clinical trials also did not turn up any adverse reactions. In Phase 3 trials, however, the testing had to be paused twice when volunteers experienced neurological problems. The Food and Drug Administration did not directly tie the vaccine to the problems, but when the agency allowed the trial to resume in the United States, it advised the company to be vigilant for any signs of similar problems.

In their announcement on Monday, AstraZeneca and Oxford said that no serious safety issues were confirmed related to the vaccine.

How much does the vaccine cost?

AstraZeneca’s vaccine has a number of advantages over other leading vaccine candidates: It’s easier to mass produce and store, and it’s also cheaper, at $3 to $4 per dose. That reflects the prices paid by governments like the United States that have placed orders for tens or even hundreds of millions of doses of the vaccine. U.S. health officials have promised that Covid-19 vaccines will be available free of charge to any American who wants one.

The Road to a Coronavirus VaccineWords to Know About Vaccines

Confused by the all technical terms used to describe how vaccines work and are investigated? Let us help:

Adverse event: A health problem that crops up in volunteers in a clinical trial of a vaccine or a drug. An adverse event isn’t always caused by the treatment tested in the trial.Antibody: A protein produced by the immune system that can attach to a pathogen such as the coronavirus and stop it from infecting cells.Approval, licensure and emergency use authorization: Drugs, vaccines and medical devices cannot be sold in the United States without gaining approval from the Food and Drug Administration, also known as licensure. After a company submits the results of  clinical trials to the F.D.A. for consideration, the agency decides whether the product is safe and effective, a process that generally takes many months. If the country is facing an emergency — like a pandemic — a company may apply instead for an emergency use authorization, which can be granted considerably faster.Background rate: How often a health problem, known as an adverse event, arises in the general population. To determine if a vaccine or a drug is safe, researchers compare the rate of adverse events in a trial to the background rate.Efficacy: A measurement of how effective a treatment was in a clinical trial. To test a coronavirus vaccine, for instance, researchers compare how many people in the vaccinated and placebo groups get Covid-19. The real-world effectiveness of a vaccine may turn out to be different from its efficacy in a trial.Phase 1, 2, and 3 trials: Clinical trials typically take place in three stages. Phase 1 trials usually involve a few dozen people and are designed to observe whether a vaccine or drug is safe. Phase 2 trials, involving hundreds of people, allow researchers to try out different doses and gather more measurements about the vaccine’s effects on the immune system. Phase 3 trials, involving thousands or tens of thousands of volunteers, determine the safety and efficacy of the vaccine or drug by waiting to see how many people are protected from the disease it’s designed to fight.Placebo: A substance that has no therapeutic effect, often used in a clinical trial. To see if a vaccine can prevent Covid-19, for example, researchers may inject the vaccine into half of their volunteers, while the other half get a placebo of salt water. They can then compare how many people in each group get infected.Post-market surveillance: The monitoring that takes place after a vaccine or drug has been approved and is regularly prescribed by doctors. This surveillance typically confirms that the treatment is safe. On rare occasions, it detects side effects in certain groups of people that were missed during clinical trials.Preclinical research: Studies that take place before the start of a clinical trial, typically involving experiments where a treatment is tested on cells or in animals.Viral vector vaccines: A type of vaccine that uses a harmless virus to chauffeur immune-system-stimulating ingredients into the human body. Viral vectors are used in several experimental Covid-19 vaccines, including those developed by AstraZeneca and Johnson & Johnson. Both of these companies are using a common cold virus called an adenovirus as their vector. The adenovirus carries coronavirus genes.Trial protocol: A series of procedures to be carried out during a clinical trial.Does this mean it will soon be available in the United States?

It is not yet clear whether the results announced on Monday are enough for AstraZeneca to take the first formal step of the regulatory process: submitting an application to the F.D.A. to get emergency authorization to distribute its vaccine. AstraZeneca plans to start testing the half-strength initial dose in its continuing United States trial and to ask the agency for guidance on how to proceed. The agency is likely to advise the company to collect more data on its promising dosing plan before submitting a formal application to authorization, several vaccine experts said.

Don't Miss it As Alberta’s COVID-19 cases rise, so do tensions over world juniors
Up Next After George Floyd: US reckons with its past and present | US protests