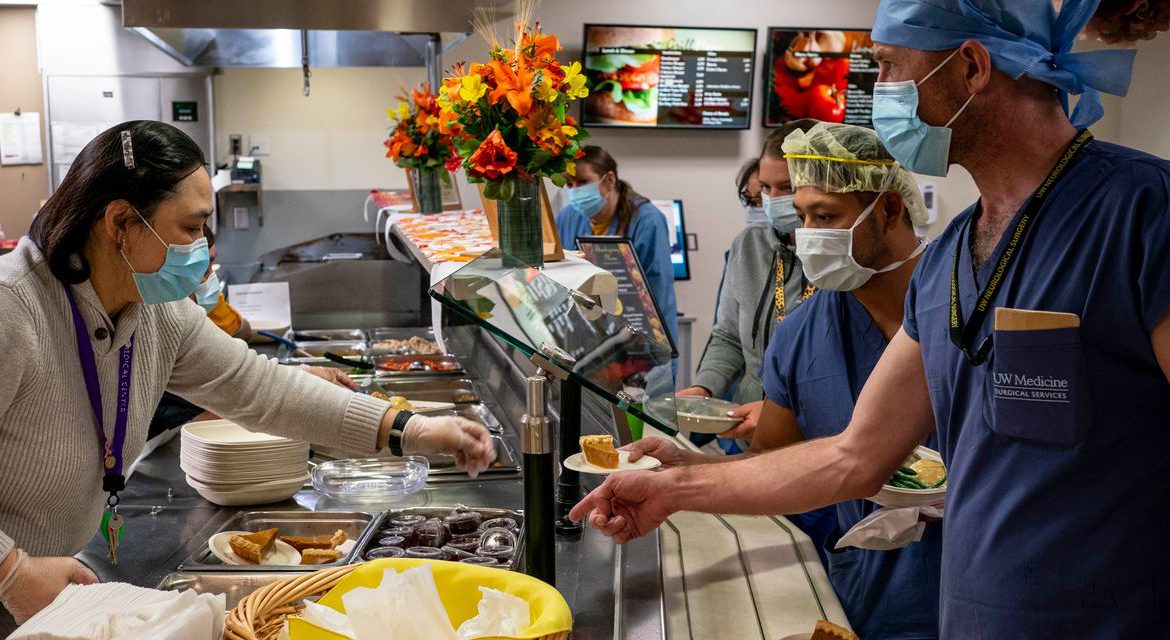 Early signs that the coronavirus’s spread might be easing from record highs in some Midwestern states have prompted cautious optimism among some governors and public-health officials, while they remain wary of what the coming weeks might hold.

Officials in Illinois, Iowa, South Dakota, North Dakota and Wisconsin reported slight decreases in new coronavirus cases in the week leading up to Thanksgiving. Covid-19 cases surged rapidly across the upper Midwest this fall, a precursor to the rampant spread that would follow across much of the U.S.

“I want to say that that’s a positive direction, but I don’t want to say that’s a victory,” said Christine Petersen, director of the University of Iowa’s Center for Emerging Infectious Diseases.

It is too early to tell whether the recent small drops in cases could signal a definitive shift and whether fresh restrictions or changed behaviors might be contributing to them, epidemiologists and health officials say.

People might have stayed home more than usual ahead of Thanksgiving, self-quarantining before visiting family or traveling for the holidays, some epidemiologists say. New restrictions are starting to take effect in these states, too, though it might be too soon to measure their impact. This month, governors in North Dakota and Iowa issued statewide mask mandates for the first time, and Illinois put in place stricter guidelines.

But the onset of the holiday season poses a challenge, threatening to squash these potential gains.

“Any moment is pivotal,” said Brenton Nesemeier, a field epidemiologist with the North Dakota Department of Health, “but especially right now.”

The numbers, while slightly lower, remain near record highs. In Iowa, a state of just 3 million people, more than 3,000 people on average are testing positive for the coronavirus daily. Illinois is recording more than 10,000 new daily cases on average.

The North Dakota Department of Health is careful to acknowledge the declining number of cases worried about current levels and what Thanksgiving gatherings might bring. The state has reported an average of 1,118 new cases each day over the past week, according to Johns Hopkins University data.

“The burden of cases that we still see on a daily basis is way too high to be comfortable,” said Ajay Sethi, an epidemiologist at the University of Wisconsin-Madison.

New infections in Wisconsin over the past week are, on average, double those recorded in mid-October. Yet, the figures also suggest the beginning of a potential plateau in cases.

“It’s much better that we observe that than continuing to go straight uphill. That being said, the level of transmission and the number of cases is critically high,” Ryan Westergaard, chief medical officer at the Wisconsin’s Bureau of Communicable Diseases, said Tuesday. “The easiest answer to the question, ‘Are we flattening the curve?’ is no.”

Hospitalizations and deaths–lagging indicators of the virus’s spread–will likely continue to grow in Midwest states even if cases show further signs of leveling or declining. Wisconsin, Iowa and North Dakota, among other states, reported record-high deaths in a single day this week. An influx of coronavirus patients and staff shortages have strained some hospitals.

“We’re hoping for the best, but we’re definitely planning for the worst,” Michael Elliot, chief medical officer at Avera McKennan Hospital & University Health Center in Sioux Falls, S.D., said of the weeks ahead.

Sioux Falls issued a new mandate requiring residents to wear masks in public indoor settings last week. South Dakota is part of a minority of states without a statewide mask mandate; the South Dakota Medical Association recently issued a statement in support of one.

Sioux Falls Mayor Paul TenHaken, who originally opposed the mandate before a proposed penalty was removed and following encouragement from the medical community, says he has heard stories of more compliance around town.

The impact of Thanksgiving and the rest of the holiday season remains a wild card, he said.

“There’s kind of this feeling in the numbers that we’re maybe near or at the peak,” said Mr. TenHaken, acknowledging slight declines in cases and hospitalizations. “I haven’t been able to talk about that a lot because I don’t want to give people a false sense of hope.”

Don't Miss it COVID-19 pandemic sees international students unable to return home, surviving on free food
Up Next How forensic researchers track down the origins of SARS-CoV2 | COVID-19 Special