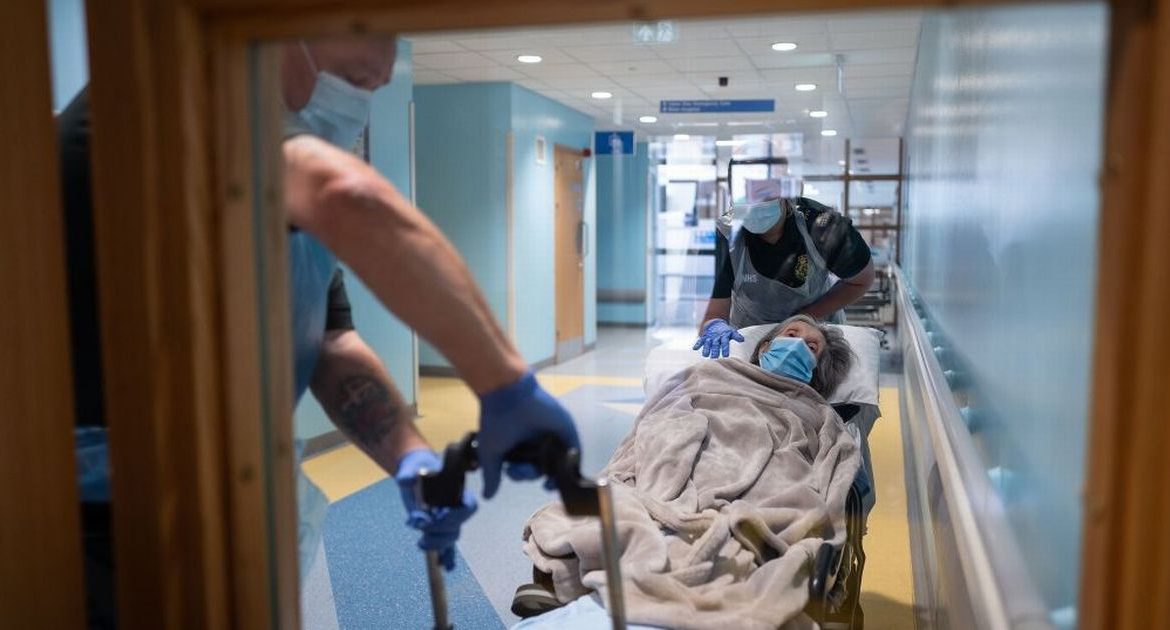 The country’s toll of people who have died within 28 days of a positive test now stands at 58,245.

The deaths added to the total today were 45% less than last Sunday, when 398 people died.

Yesterday a further 479 Covid-19 deaths were added to the country’s grim tally.

The tragic figure was released by the Department of Health on a day  thousands of Covid deniers march through central London protesting against lockdowns.

More than 150 people were arrested by the Metropolitan Police for offences including breaching coronavirus regulations, assaulting a police officer and possession of drugs.

More than 150 people were arrested by the Metropolitan Police for offences including breaching coronavirus regulations, assaulting a police officer and possession of drugs.

Hundreds of demonstrators, including a man dressed as Santa Claus, descended on the city centre on Saturday afternoon.

They chanted “freedom”, caused traffic disruption and were seen launching bottles and barriers at police officers.

The widescale arrest of protesters, who were out in opposition of government coronavirus restrictions, was criticised by some rights groups.

“As the government takes unprecedented steps to interfere with our rights, sidelines parliament and attacks the rule of law, undermining protest is another threat to our ability to hold it to account and stand up to power.

“Protest and dissent are the lifeblood of a healthy democracy, and even more so important in a public emergency.”

A Met Police spokesperson said: “Protest is not currently a permitted exemption to the prohibition on gatherings under the current coronavirus regulations.

“Strict regulations have been introduced by the government nationally to help prevent the spread of coronavirus.

“This means that anyone gathering for protest risks enforcement action by officers.”

The protests came ahead of a new tier system to be introduced in England on Wednesday.

As the month long lockdown comes to an end, all parts of the country will be placed in either Tier 1, 2 or 3.

Don't Miss it Daniel Andrews orders shutdowns for Melbourne businesses as Victoria battles coronavirus | ABC News
Up Next Canada ‘not at the back of the line’ for COVID-19 vaccine, Moderna chairman says