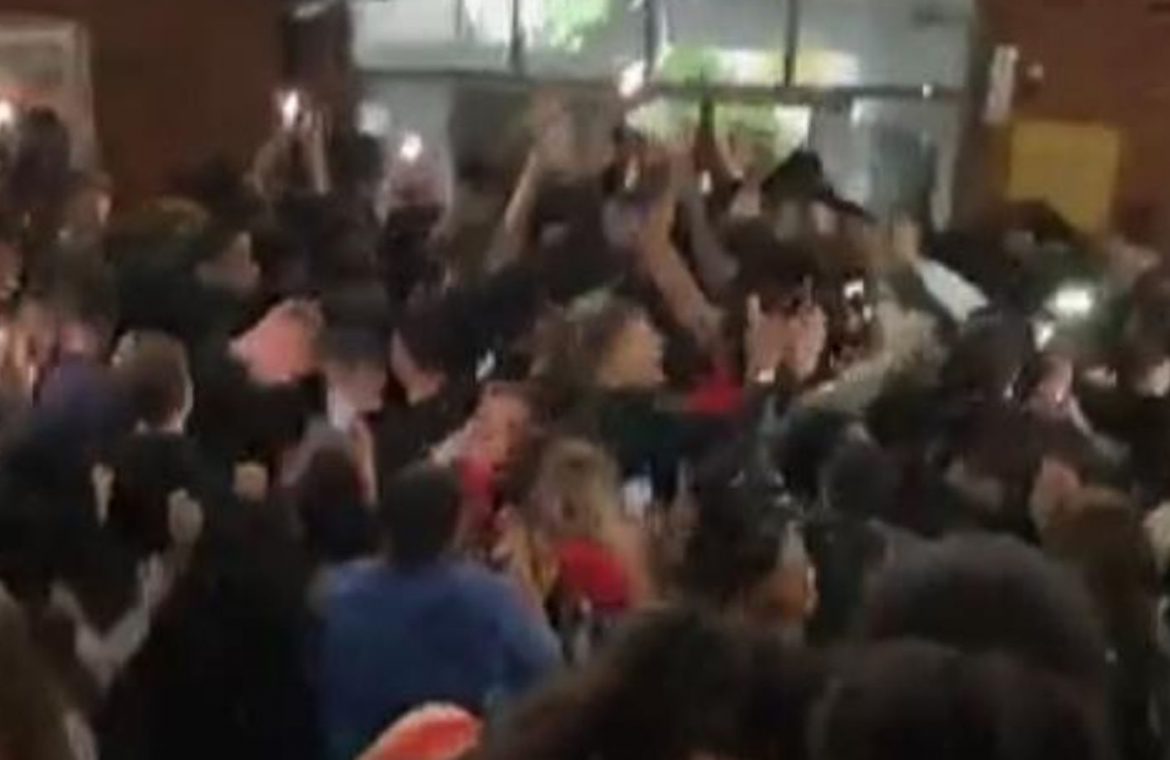 Several police forces in England have said they have handed out multiple fines after breaking up a number of large-scale illegal parties over the weekend.

Police were called to at least four locations, including a university hall of residence in Nottingham where up to 200 people were discovered at one gathering.

Nottinghamshire Police said in a statement: “Officers were called to flat in Pilcher Gate, Nottingham, shortly before 10.30pm last night and issued £200 fixed penalty notices to 21 people found inside.

“Investigations are ongoing to establish the identity of the organiser, who could face additional punishment.

“Another large party was broken up shortly after midnight at an address in Corporation Oaks, St Ann’s and the organiser was issued with a summons to appear in court at a later date.”

Elsewhere in the county, officers issued another five £200 fixed penalty notices after responding to reports of a party in a field in Gonalston, near Lowdham, shortly after 9pm.

Investigations are under way to identify the organiser of the event, and a driver who crashed into a police car as they fled the scene.

The force statement added: “Investigations are also ongoing after officers dispersed a gathering of around 200 young people in an outdoor courtyard at a student halls of residence in St Peter’s Street, Nottingham.”

Detective Superintendent Andrew Gowan said: “Whilst it is heartening that the vast majority of people clearly understand and are obeying the current restrictions, it is deeply disappointing that so many others needed such an expensive reminder that the rules apply equally to everyone.

“We understand that this is a difficult time but there really are no excuses for this kind of behaviour where people are blatantly ignoring the restrictions in such large numbers.”

Image:
Officers were pelted with bottles when they tried to break up the rave in Digbeth on Saturday. Pic: West Midlands Police Force Response

In Birmingham, officers were pelted with bottles when they forced their way into an illegal party in an abandoned warehouse in Digbeth on Saturday. They arrested one man on suspicion of assault, and handed out 100 fines.

Birmingham is one of the areas going into Tier 3 when lockdown ends on Wednesday.

When searching the site, detectives found DJ equipment, Class A drugs and a knuckleduster.

Chief superintendent Andy Beard described the event as “extremely dangerous” for the attendees and officers.

“It’s extremely disappointing that some are still not grasping that such events only increase the risk of spreading a deadly virus,” he said.

“We’re currently under national restrictions and the region will then go into the highest tier due to the number of COVID-19 cases next week.

“It’s unacceptable when people recklessly ignore the rules and put themselves and others at risk of catching the disease. It’s also unacceptable that officers should be attacked while going about their duties.

“We’ve seized equipment, drugs and a weapon and we’ll be looking to ensure there will be no repeat again.”

England has been in a nationwide lockdown since 5 November, which means people are allowed to only leave their homes for specific reasons, such as going to work or school, for medical appointments or to go food shopping.

Socialising with other people indoors has been restricted. People are only allowed to meet others indoors who are part of their household or support bubble.

On 2 December, the tier system is due to be enforced again, which sees areas across the country being faced with different rules depending on the severity of infection rates.

Over the past fortnight, a total of 8,192 cases of COVID-19 have been logged in Birmingham.

Don't Miss it The COVID-19 second wave has hit Europe. But some governments aren't locking down again | ABC News
Up Next ‘Tragic error’ caused coronavirus to decimate city