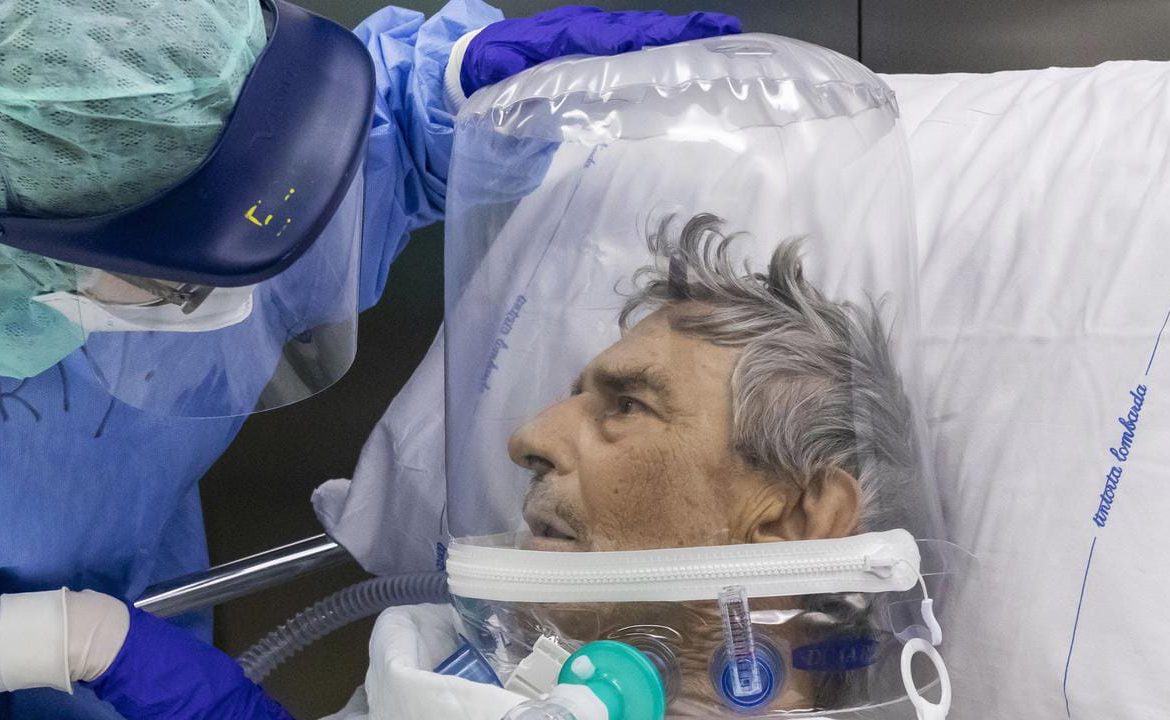 When the first wave of coronavirus infections swept through Europe, one city in northern Italy became a chilling example of the virus’ deadly power, with the rest of the continent watching in horror as hospitals were overrun and morgues overflowed with victims.

The city of Bergamo and its surrounding province was decimated by the COVID-19 pandemic, with one wrong decision allowing the virus to spread silently through the region until it was too late to bring it under control.

At the start of the year when the only coronavirus cases Italy had recorded were linked to overseas travellers, the advice, taken from recommendations by the World Health Organisation, was to only test for the virus if a patient had a link to China.

So, when people started to arrive in emergency rooms across Bergamo with a cough and fever they were determined to have the flu and sent home to rest.

When more patients without any connection to China began to get increasingly ill, medical professionals were struggling to understand the cause.

Dr Monica Avogadri, 55-year-old anaesthesiologist at Pesenti Fenaroli Hospital, was stumped when an 83-year-old man that had been sent home with flu symptoms was rushed back to hospital unable to breathe.

Neither the man nor his wife had any connection to China.

“She didn’t even know where it was.”

Without an apparent link to China Dr Avogadri wasn’t able to conduct a COVID-19 test.

Just days later, on February 20, another doctor in the nearby town of Codogno broke Italy’s testing protocol and discovered the first known case of local transmission in the country.

By this point multiple other infections were already circulated undetected in the community, which would soon turn into an explosion of cases and lead to thousands of deaths.

After hearing about the case Dr Avogadri, who by this point was also ill, called the hospital and asked for the 83-year-old patient be tested for COVID-19.

A test on the man and his hospital roommate came back positive.

“It was at that moment I understood we were screwed,” the hospital’s director Dr Giuseppe Marzulli told the New York Times.

“We had looked for who had been in China, and this was the tragic error.”

In the weeks following, cases soared in the Bergamo province, with hospitals becoming overrun and the virus claiming so many victims that army trucks were forced to come in an take coffins to other regions.

About 3000 people are reported to have died from coronavirus, however the real number is believed to be significantly higher.

An antibody survey conducted in May revealed about 38.5 per cent of Bergamo’s population had been infected by COVID-19, meaning the region had some of the highest infection levels in the world.

“Assuming that the 38.5 per cent cumulative prevalence found in the present study applies to the general population of the Bergamo province – 1.1 million inhabitants – one should infer an actual number of 420,000 SARS-CoV-2 infections,” a paper based on the survey results read.

“This is much higher than those reported in the official data, which report 16,000 cases as of 25th September 2020. Within the limitation of this approach, our esteem suggests that 96 per cent of infections went undetected by the healthcare system.”

With Europe now experiencing a deadly second wave of infections, Bergamo is now fairing a lot better than other parts of Italy.

Experts are speculating whether the area’s high initial infection rate could be providing residents some form of herd immunity this time around.

“We are very far from achieving herd immunity. But in areas that experienced a high frequency of infections, there are probably enough antibodies to limit the circulation of the virus,” Giuseppe Remuzzi, an infectious disease expert who oversaw the antibody survey told The Wall Street Journal.

Britain, where police arrested over 60 people during a protest in London against virus restrictions, accounted for almost two-thirds of the fatalities with 57,551, followed by Italy with 53,677, France with 51,914 and Spain with 44,668.

Despite cases surging across the continent, some countries are choosing to reopen stores ahead of Christmas, with France and Poland among the countries lifting restrictions.

Belgium will allow shops to reopen from December 1, but keep the current semi-lockdown in place possibly until mid-January. The move mirrors similar easing in Germany, Luxembourg and the Netherlands.

Ireland has also announced a staggered easing of restrictions to allow some businesses to reopen and for families to gather ahead of Christmas.