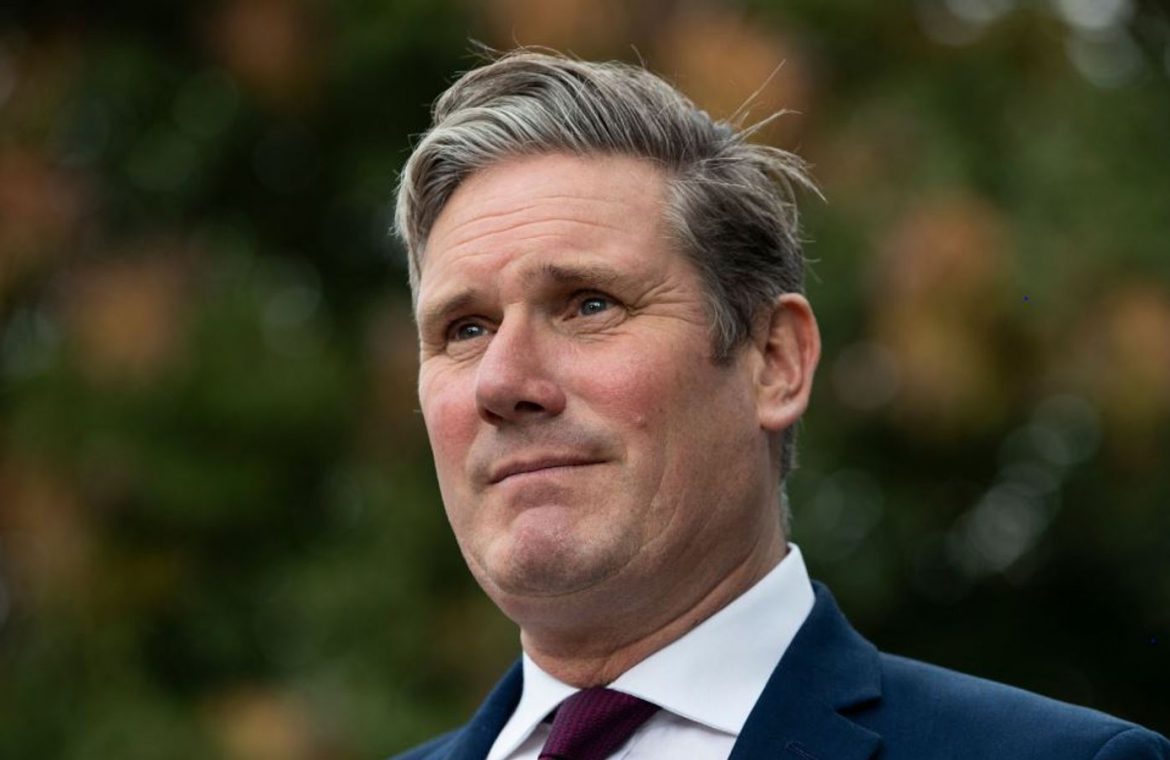 Labour MPs will abstain from a key lockdown vote as Tory rebels say they are unconvinced by a “rehashed” tiers analysis.

A commons is vote is set to be held on Tuesday to approve the new system of tiers, which will leave just 1% of the country with the lowest level of restrictions.

Sir Keir Starmer said: “It’s very important as the opposition that we act in the national interest,” he said.

In response, Number 10 accused the Labour leader of “playing politics in the middle of a global pandemic instead of working with the government to find a way through this difficult time for the British people”.

The news came as ministers released an impact assessment of the tiered system of COVID-19 restrictions ahead of the vote.

Boris Johnson is battling to avoid a damaging Conservative revolt over the measures, with many of his MPs unhappy with the new system that is set to come into effect in England when the second lockdown ends on Wednesday.

According to a tally by Sky News, a total of 65 Tories have voiced their unhappiness over the tiers, or have said they are unlikely to support the measures.

In its impact assessment, the government says that while the new restrictions will have a “significant” impact on the economy, allowing COVID-19 to run unchecked would be “much worse” for public health.

‘We’ve got this virus back under control’

The document states that failing to keep stringent measures in place would see the NHS overwhelmed and lead to an “intolerable” loss of life.

But in a withering response, a senior Tory MP has claimed the impact assessment contains little new information.

“With little over 24 hours until MPs vote on the new tiered system, this rehashed document offers very little further in economic terms other than that which the OBR published last week,” Treasury Select Committee chair Mel Stride said.

“It’s frustrating that there is little here that sets out how the different tiers might impact on the specific sectors and regions across the country.

“Those looking for additional economic analysis of the new tiered system will struggle to find it in this document.”

Mark Harper, chair of the COVID Recovery Group of Conservative MPs who are sceptical of further restrictions, said the analysis “seems to be collapsing under the glare of scrutiny” and “the wheels are coming off the government’s arguments”.

Sir Graham Brady, chairman of the 1922 Committee of backbench Tories, has said he is almost certain to vote against the government.

Speaking at an online event organised by the Institute for Economic Affairs, he said: “My concerns about the impact on civil liberties and fundamental human rights are there regardless.

“The fact is that my own constituency [Altrincham and Sale West] has been put inside the wrong tier without good justification – unless that were to change, it makes it inevitable that I would vote against.”

Tory opposition to the tiers is being driven by the fact that 99% of England’s population will fall under the two toughest tiers from Wednesday.

Large parts of the Midlands, the North East and the North West will be subject to the severest measures.

Hospitality venues will be closed in the run-up to Christmas unless they can provide takeaway or delivery services, and households are forbidden from mixing indoors.

Many MPs have questioned the basis for the tier decisions and raised fears about the economic impact.

Mr Johnson has acknowledged that “lots of people think that they are in the wrong tier” but is insistent that the measures are needed to slow the spread of coronavirus.

It would be wrong to “take our foot off the throat of the beast” now, the prime minister said.

The health secretary has also appealed to Tory MPs to support the tiered system, claiming it is the “best way” to avoid a third national lockdown.

“I would urge all MPs right across the House to vote for the tiered system,” Matt Hancock told a Downing Street news conference.

Mr Hancock said England’s lockdown means “we’ve got this virus back under control” – but warned continued vigilance is needed.

Conservative opponents of the new regional tier restrictions have been very specific about what they wanted to see from the government’s impact assessment of the new tier system.

Mark Harper, the former chief whip and chair of the COVID Recovery Group, said MPs needed to know the social and economic impact of “every proposed restriction” within each tier before they cast their votes in the Commons on Tuesday.

But the document published by the government does not do that.

Instead it says “it is not possible to forecast the precise economic impact of a specific change to a specific restriction with confidence”.

There is acknowledgement that the latest forecast from the Office for Budget Responsibility was based on the looser tier system in place before the England-wide lockdown, and therefore the new tougher version of the regional tier system could see greater short-term economic losses “to the extent that average restrictions in the UK are stricter”.

But an assessment of the economic impact of only being able to go to a pub with your own household in Tier 2, for example, is not included.

The broad justification for the tier system set out in the document is the same made by ministers in recent days – that while there will be economic and social costs, failing to act and risking the NHS being overwhelmed would be “intolerable for our society”.

But for Conservative backbenchers considering voting against the government, the repetition of this argument may not be sufficient to change their minds.

They know the argument but they want to see solid evidence to justify it, and it’s not clear this document will be perceived to have provided that.

Don't Miss it The Curve: Casey Briggs analyses this week's coronavirus numbers | Insiders
Up Next Empty units in Toronto community housing have ‘steadily increased’ during COVID-19, despite efforts to fill vacancies with former shelter residents