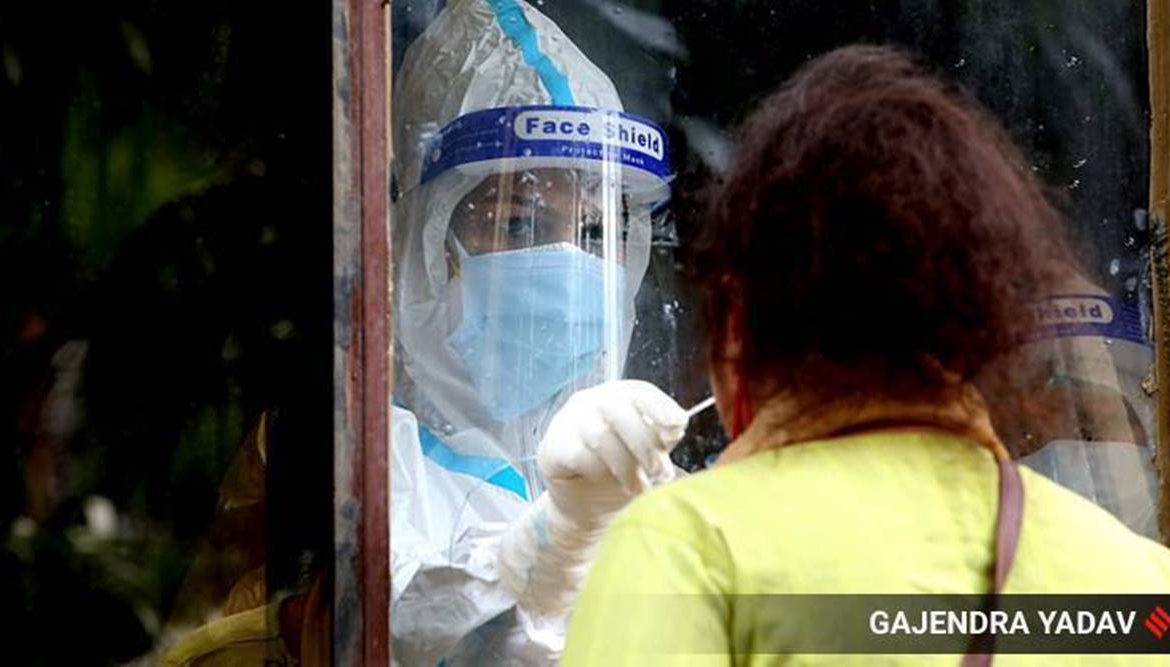 At Serum Institute of India on Monday. (Photo: Reuters)

While chances of an affordable Covid-19 vaccine being available by February next year may seem high, 59 per cent of over 8,900 respondents to a survey question said they won’t rush to take it, according to the survey findings released on Tuesday.

The online survey was conducted between November 23 and 30 by LocalCircles, a social media platform that has been gathering citizens’ inputs on various issues pertaining to the Covid-19 pandemic. The online survey received more than 25,000 responses from across 262 districts of India, of which 69 per cent respondents were men and 31 per cent were women. The survey responses were also compared to responses to a similar survey conducted in October.

RT-PCR tests: Only 1,565 passengers tested, many slip away at Mumbai airport

In the week since the Maharashtra government announced a compulsory Covid-19 RT-PCR test for passengers travelling from Delhi, Rajasthan, Goa and Gujarat, only 1,565 domestic passengers arriving at the airport have been tested. The new rule came into effect on November 25, but the scant personnel at the airport are unable to ensure that all those arriving without a negative RT-PCR test report from their departure point are tested.

Daily, thousands of passengers who are not carrying a negative RT-PCR report are slipping away without being tested at the airport. Against 250-260 daily tests at the airport, the railways are testing 2,000-2,500 incoming passengers from these four states, but the number of passengers arriving by train is far higher.

Yoshihide Suga, Japan’s prime minister, he speaks during a plenary session at the upper house of parliament in Tokyo, Japan, on Monday, Nov. 30, 2020. (Photographer: Kiyoshi Ota/Bloomberg)

Japan’s parliament passed a bill to provide coronavirus vaccinations free of charge with the central government covering the cost, offering a key plan to stem the virus as the country struggles with its worst-yet wave of infections. Wednesday’s passage in the upper house of parliament following approval in the more powerful lower house will bring the law into effect. It also makes local governments responsible for administering the immunizations, according to the Ministry of Health, Labor and Welfare.

The move comes as a new wave of virus infections has prompted the worst-hit areas to call on bars and restaurants to close early, and has forced Prime Minister Yoshihide Suga to partially suspend a travel incentive program intended to shore up suffering regional economies. While the death toll in Japan is by far the lowest in any Group of Seven advanced nation, the country suffered its worst economic downturn on record in the April-June quarter.

Don't Miss it China has promised millions of coronavirus vaccines to countries around the world. And it is ready to deliver them
Up Next Shared dorms in Toronto shelters put users at risk of airborne COVID-19 transmission, critics warn