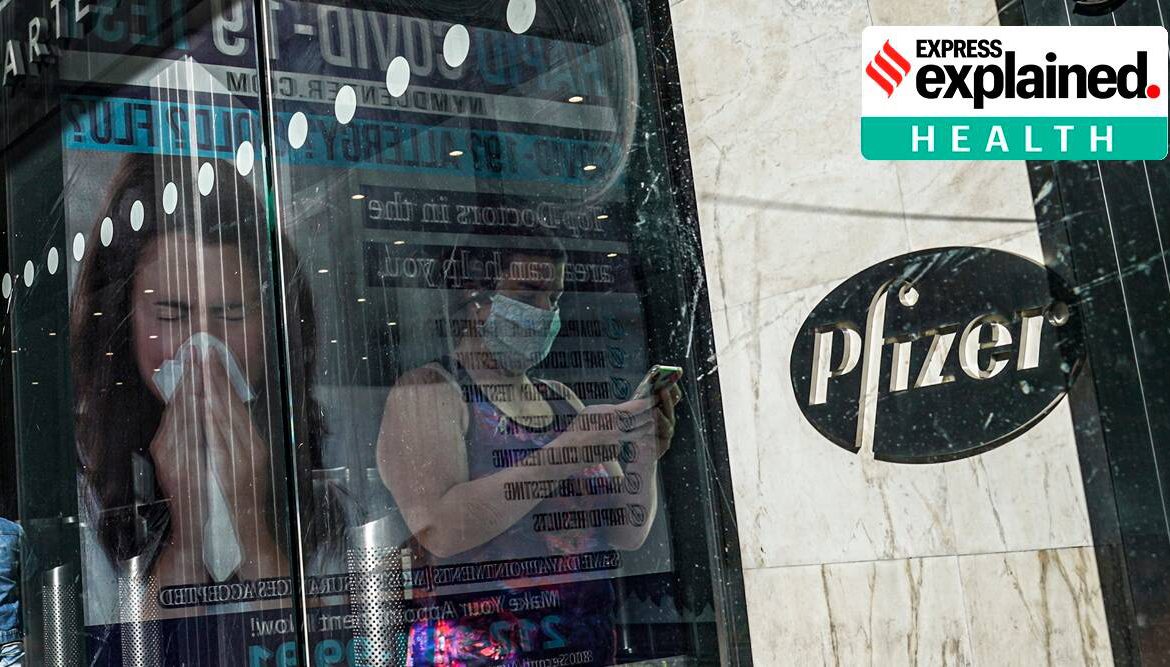 When the first immunisation takes place of Pfizer’s Covid-19 shot next week in the UK, it would mark the most rapid vaccine development for a pandemic in history following all the mandatory stages (the Russian and Chinese vaccines were approved before Phase III trials). From dosing the first trial participants on May 5 to getting approval for emergency-use authorisation in the UK in six months, the breakneck pace of developing the BNT162 vaccine by Pfizer and its partner BioNTech, which claims to offer up to 95 per cent protection against Covid-19, sums up the severity of the pandemic that has killed more than 1.46 million people and infected 62.8 million.

Besides Pfizer, Moderna Inc, which was one of the first firms to start human clinical trials of its mRNA vaccine on March 16, has already applied for emergency use license in the US. Serum Institute of India, which is trialing a version of the AstraZeneca-Oxford vaccine, is also expected to follow suit within the next two weeks. Oxford University had begun Phase I trials of its ChAdOx1 nCoV-19 vaccine on April 23.

The developments mark a remarkable turnaround since there was no antidote to the virus and the most optimistic prediction was a vaccine by the middle of 2021.

According to the World Health Organisation (WHO), the average time to develop and make a vaccine publicly available until now has been 16 years. In fact, the vaccine that comes remotely close in matching the Covid-19 pace is the mumps vaccine, which took close to 4 years to get all necessary permissions and licensing. So far, only smallpox has been declared officially eradicated by vaccination.

How Covid-19 vaccines were developed so fast?

What aided scientists in developing a Covid-19 vaccine in record time is the fact that it was not required to be made from scratch. Scientists had begun making vaccines for SARS and MERS, which belong to the coronavirus family, during their outbreaks in 2003 and 2012, respectively, only to abandon the efforts when the outbreaks petered out.

Moreover, Pfizer and Moderna have used the novel mRNA technology for their vaccines which are faster to develop as they do not require companies to produce protein or weakened pathogens for the vaccine. The genetic material mRNA is easy to make in a laboratory and manufacturing an mRNA vaccine rather than a protein one can save months in time.

Quixplained: How a vaccine travels from factory to syringe

Also, it must be noted that for most of the Covid-19 vaccines on the cusp of release or those already granted approval, the mandatory clinical trial process — designed to test whether the shots are safe and effective — was compressed into months in normally what takes approximately ten years. For example:

Phase I: In this step, the experimental vaccine is given to humans, usually between 20-80 subjects, to test its safety and dosage besides gauging whether it stimulates the immune system. While this process typically takes one to two years, for Covid-19 trials, it was done in about three months. 📣 Express Explained is now on Telegram

Phase II: In this stage, about several hundred individuals, split into groups age-wise such as children and elderly, are dosed in a randomized, double blind, placebo-controlled study. This process usually takes about three years but for Covid-19 vaccines, it was completed in 2-3 months.

Phase III: This is the most crucial stage, where the vaccine candidate is given to thousands of people, and can typically take two to four years. However, most of the drugmakers combined this with Phase II to expedite the process.

Regulatory review: After Phase III trials, the vaccine developer submits a license application to the regulatory authority in their respective country, and final approval may take months or years. However, in emergency situations, like the Covid-19 pandemic, authorities grant emergency-use authorisation (EUA) in weeks.

Freezers that can be used to store the coronavirus disease (COVID-19) vaccine are seen at the Pfizer manufacturing facility in Kalamazoo, Michigan (Reuters)

How long did it take to develop other notable vaccines in the past?

Smallpox: So far, only smallpox has been declared officially eradicated by vaccination. According to WHO, it was in 1798 that Edward Jenner in the UK created the first successful smallpox vaccine. However, it was only in 1959 that guidelines for production and quality control of smallpox vaccines were first adopted. The disease, which had a mortality rate between 30-40 per cent, was eventually eradicated by 1980.

Influenza: Similar to Covid-19, influenza is a respiratory illness caused by influenza viruses. One of the most devastating was the pandemic of “Spanish” influenza in 1918–1919, which caused an estimated 21 million deaths worldwide. It was only in the mid-1930s, that the first clinical trials of influenza vaccines were conducted. Nearly eight years later, the efficacy and safety of the inactivated vaccines were studied between 1942 and 1944. In 1945, the vaccine was licensed in the United States.

Measles, Mumps, and Rubella (MMR): Measles killed nearly 12,000 people in the US in 1916, with 75 per cent of them aged 5 years or less. However, it was only in 1954 that the measles virus was first isolated by American doctor Thomas Peebles following an outbreak at a school near Boston. Four years later, the vaccine was tested on children and it was finally licensed in 1963. Mumps got a vaccine of its own in 1967 and rubella in 1969. It was Maurice Hilleman of the Merck Institute who developed a combined vaccine in 1971.

The polio vaccine was declared safe and effective for use by the US government in late 1955. (Representational)

Polio: The first major polio epidemic occurred in Vermont, United States, in 1894 and in 1916, more than 27,000 people were paralysed by the disease and at least 6,000 people died from it. Work in developing a polio vaccine began in the 1930s but it was only in 1953 that an effective shot for polio was announced by Dr Jonas Salk. Initially, Salk tested his inactivated polio vaccine on a small number of former polio patients, his wife and three sons. In 1954, more than 1 million participants were enrolled for large-scale clinical trials. It was the first vaccine trial to implement a double-blind, placebo-controlled design, according to Lifescience. The vaccine was declared safe and effective for use by the US government in late 1955.

Don't Miss it ASX rises strongly amid signs Melbourne's coronavirus peak has passed | Finance Report
Up Next Coronavirus: What’s happening in Canada around the world on Wednesday