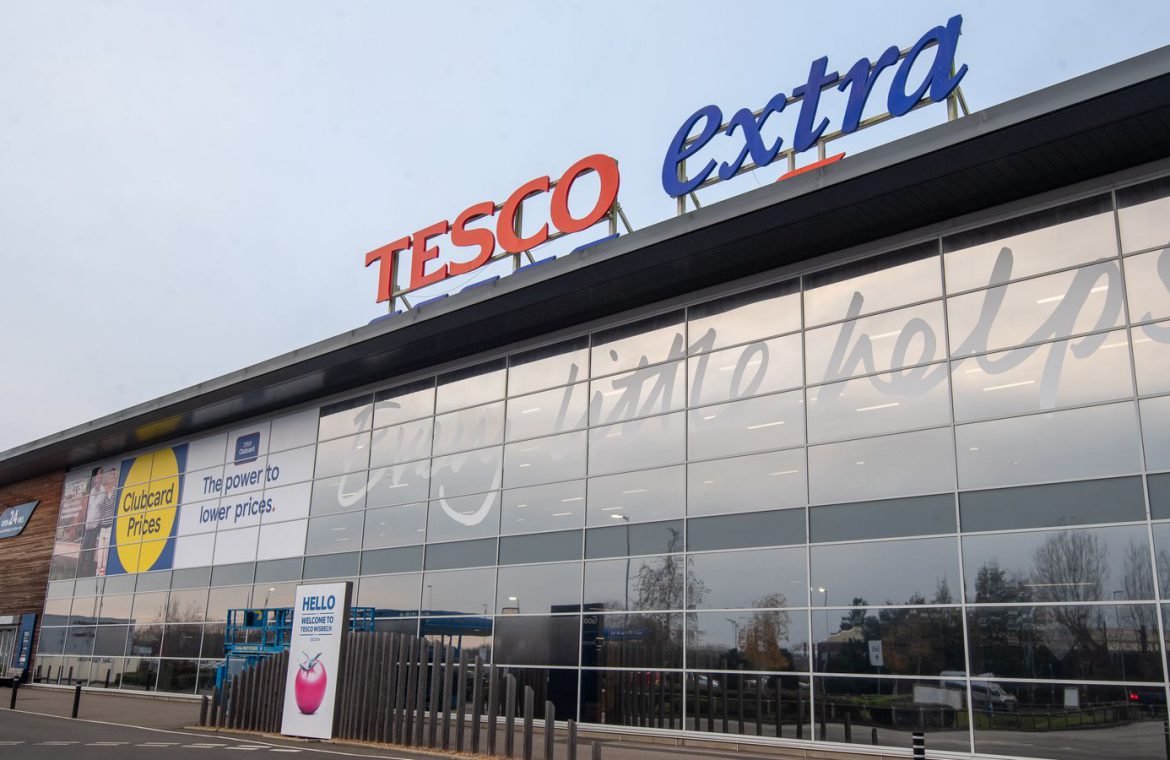 Supermarkets Tesco and Morrisons have announced they will give up £859m in business rates relief they have benefited from during the pandemic.

Tesco, Britain’s largest supermarket chain, was the first to take action, revealing on Wednesday morning that it would seek talks with officials on giving back £585m to the Treasury and the UK’s devolved administrations.

Hours later Morrisons, the UK’s number four grocer, said it had decided to pay business rates for the period in full, amounting to £274m.

Image:
Tesco has taken on 20,000 new permanent staff this year

Tesco credited its decision on a belief within the business that potential risks it faced from COVID-19 were now behind it despite its estimated crisis costs topping £725m.

Chairman John Allan said: “We firmly believe now that this is the right thing to do, and we hope this will enable additional support to those businesses and communities who need it.”

Morrisons said it had decided to bring forward its decision on whether to waive rates despite revealing that coronavirus costs were expected to reach £270m for the current financial year, £40m more than previously estimated.

It said this had made a big dent in profits but that it had “weathered the significant financial challenges of COVID-19 very well” and was preparing to pay a special dividend to shareholders in January after a previous payment was deferred.

Supermarkets have been under pressure to give up their share of the tax break granted by governments to firms hit by the pandemic – including non-essential retailers which, unlike supermarkets, have had to shut down entirely for long periods.

Analysis of government data by real estate adviser Altus showed that £1 in every £6 of rates relief went to the ‘big four’ chains.

Sainsbury’s, Britain’s second biggest supermarket, said earlier this year it expected to benefit to the tune of £450m.

Altus estimates that Asda, the number three grocer, will benefit by £297m and discounters Aldi and Lidl by more than £100m each.

Supermarkets benefited from a sales surge in the run-up to, and during, the lockdowns which forced much of the wider retail sector to close down.

In Tesco’s case, its most recent results showed a rise of almost 29% in group pre-tax profits during the first half of the year covering the UK-wide hibernation of the economy that began in March.

Investors were rewarded with a rise of more than 20% in dividends at a time when the vast majority of listed UK firms were pulling payments entirely.

The repayment offer will be seen as an attempt to ward off potential profit penalties or other measures as the Treasury seeks to stem record peacetime borrowing through targeted tax rises in the future.

Sainsbury’s and Asda, Britain’s second and third biggest supermarkets, had yet to respond on their plans for business rates relief when contacted by Sky News.

Shares in Morrisons and Sainsbury’s, the listed chains within the ‘big four’, fell 2.3% and 2.9% as investors digested the implications of Tesco’s decision – fearing they would be forced to follow suit.

M&S signalled it had no plans to return its own business rates relief – a sum of £83.7m, according to its half-year results.

A spokesperson said: “We are very grateful for the much-needed support government has provided to businesses impacted by the pandemic, including ours.

“It has enabled us to support our colleagues and our suppliers, whilst continuing to serve our customers in what have been incredibly challenging circumstances.”

The hospitality industry urged ministers to use cash that was returned to help businesses most in need.

Tesco said on Wednesday that the rates relief proved a “game-changer” in giving the grocery sector the confidence to invest at a time of crisis – from hiring thousands of staff to bolstering delivery fleets.

“For food retailers, the impact was immediate and potentially disastrous: panic buying, severe pressure on supply lines, major safety concerns and the risk of mass absences from work, culminated in a real and immediate risk to the ability of supermarkets to feed the nation,” the company said in a statement.

Chief executive Ken Murphy, who took over the job from Dave Lewis in October, said the board took a unanimous decision to repay the cash.

Mr Murphy said: “Every decision we’ve taken through the crisis has been guided by our values and a commitment to playing our part.

“In that same spirit, giving this money back to the public is absolutely the right thing to do by our customers, colleagues and all of our stakeholders.”