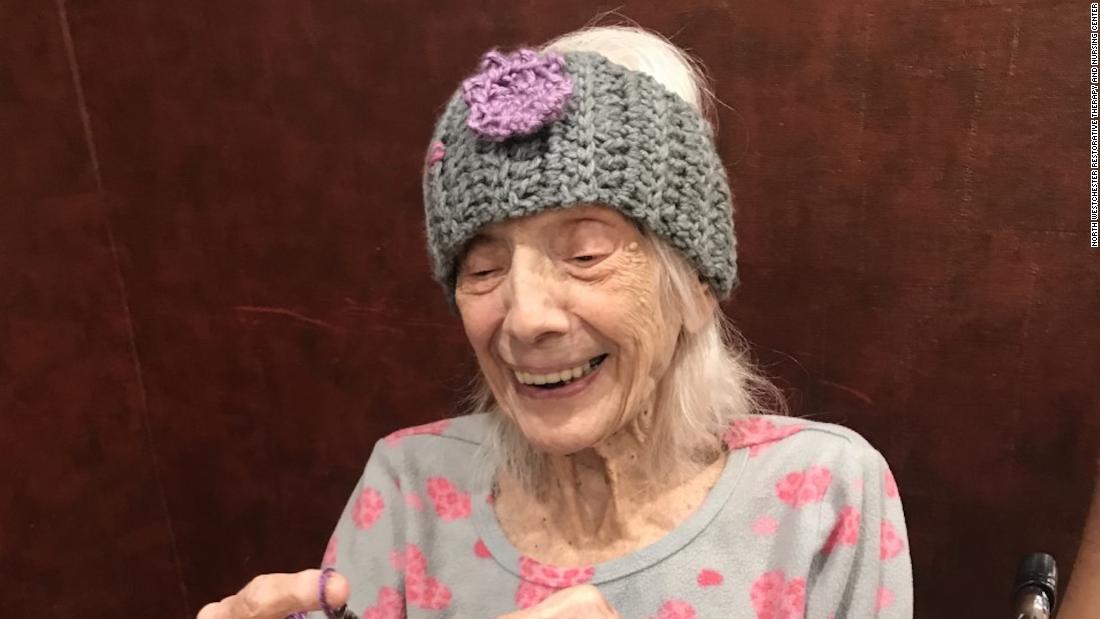 And now, the 102-year-old New York resident just did it again. She survived a second coronavirus diagnosis, according to her daughter, Joanne Merola, who spoke to CNN affiliate WPIX.

CNN reached out to the North Westchester Restorative Therapy & Nursing Center where Friedman lives but has not yet heard back.

Friedman’s first diagnosis occurred in March after she was in the hospital for a minor medical procedure, administrator Amy Elba told CNN earlier this year. When she returned, she had tested positive, Elba said.

At that time, she spent a week in the hospital before returning to isolate in her room. With a fever on and off for several weeks, Friedman finally tested negative on April 20, Merola told WPIX.

In late October, Merola received a call from the nursing home, she told the affiliate, “to tell me she had tested positive again.”

“She had symptoms — fever, a dry cough,” Merola said. “They thought she might also have the flu.”

With more staff and residents getting sick, Merola said the older residents were put in isolation. She received daily updates on her mother, until November 17 when she received the news that Friedman had tested negative.

A second test confirmed the negative results, and Friedman was moved out of isolation back to her regular room.

While she’s lost most of her hearing and her vision is poor, she’s still celebrating life.

“She is a mover and a shaker,” Elba told CNN earlier this year.

In 1918, Angelina Sciales (now Friedman) was born on a ship that was transporting immigrants from Italy to New York City. It was in the midst of the 1918 pandemic. It’s not believed that the baby contracted the disease.

Her mother died giving birth, and her two sisters helped her survive until they could reunite with their father in New York, where they lived in Brooklyn, Merola told WPIX earlier this year.

Merola’s mother and father battled cancer at the same time, but her father died.

One of 11 children, Friedman is the last surviving.

Yet Friedman continues to be a source of joy and entertainment for those around her. She’s a big knitter and makes all kinds of things for visitors. She got a big party for her 101st birthday and last year she was crowned prom queen.

CORRECTION: This piece has been updated to correct how many people have died of Covid-19 around the world. It is 1.5 million.