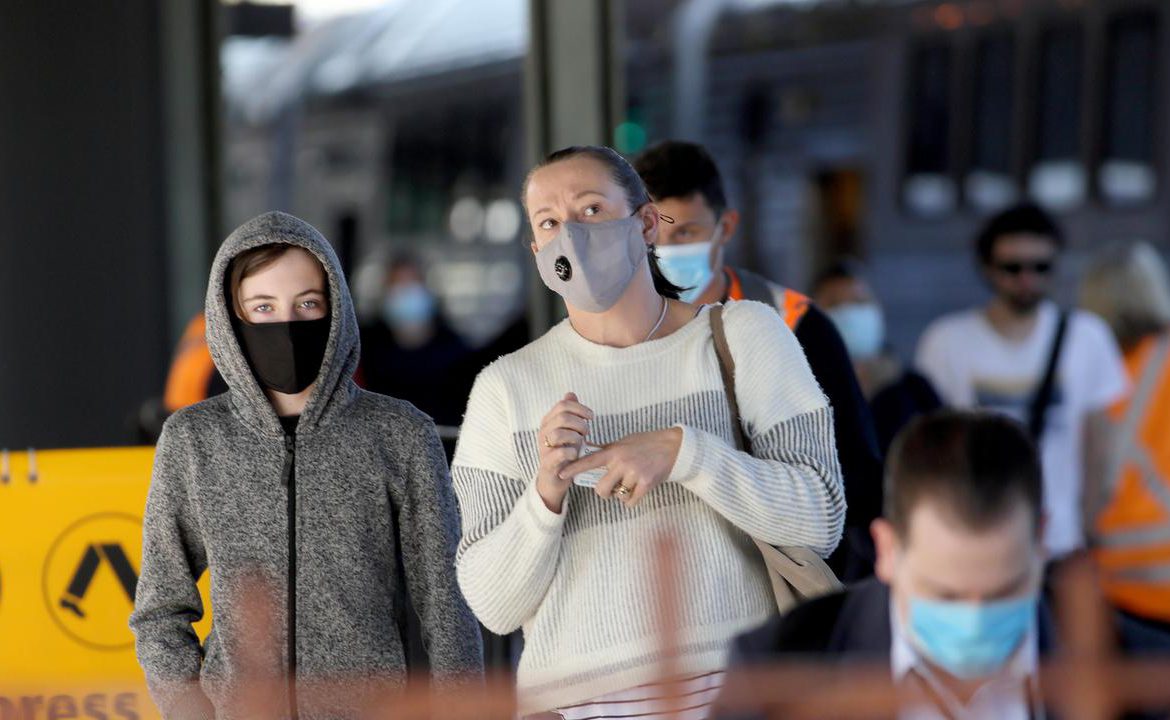 Hundreds of train and light rail passengers have been forced into isolation, after news broke that a hotel quarantine worker tested positive on Thursday.

No new local cases of coronavirus have been diagnosed in NSW as health authorities scramble to deal with a “serious situation” after a hotel quarantine worker tested positive.

The case is included in today’s numbers but was revealed on Thursday, sparking a testing blitz and forcing hundreds of train and light rail passengers into isolation.

The woman worked across two hotels, the Novotel, which housed returned overseas travellers, and the Ibis in Darling Harbour, with staff now on high alert.

Authorities believe the case was linked to an aircrew worker or hotel quarantine staff, as it is not believed to have originated within the community.

The state’s Health Minister Brad Hazzard said the woman carried out domestic duties at the hotels and travelled to work from Minto, in Sydney’s southwest, by train and light rail.

She worked at the Ibis on Friday, November 27, and the Novotel on November 28, 29 and 30 with hotel staff now required to isolate and get tested, until further advised.

The woman’s five household contacts have all so far tested negative, but anyone who lives in the Minto area have also been encouraged to get a swab.

The same goes for passengers who travelled on the city’s Light Rail and train network.

Anyone who travelled on the services listed below, and may have been in the same carriage, is considered a close contact and must isolate and get tested. Those who know they were not in that specific carraige should get tested and isolate until a negative result is received.

Anyone who travelled on the light rail during the times below is urged to get tested and isolate until they get a negative result.

Another five infections were diagnosed in hotel quarantine on Friday.

Genome testing is underway to determine how the woman caught the disease but the Health Minister said it is “definitely not” a locally transmitted case.

“We still have work to determine which aircrew or person from overseas, possibly in the hotel, managed to transmit it … but definitely not a locally transmitted virus,” he said.

“The health team is currently reviewing whether or not we need to have any advisories for people on the trains … but it is very likely that we will be able to lift that advisory later today.”

Early reports suggest she has not been in direct contact with any travellers.

The easing of restrictions planned for Monday are still going ahead, Ms Berejiklian confirmed