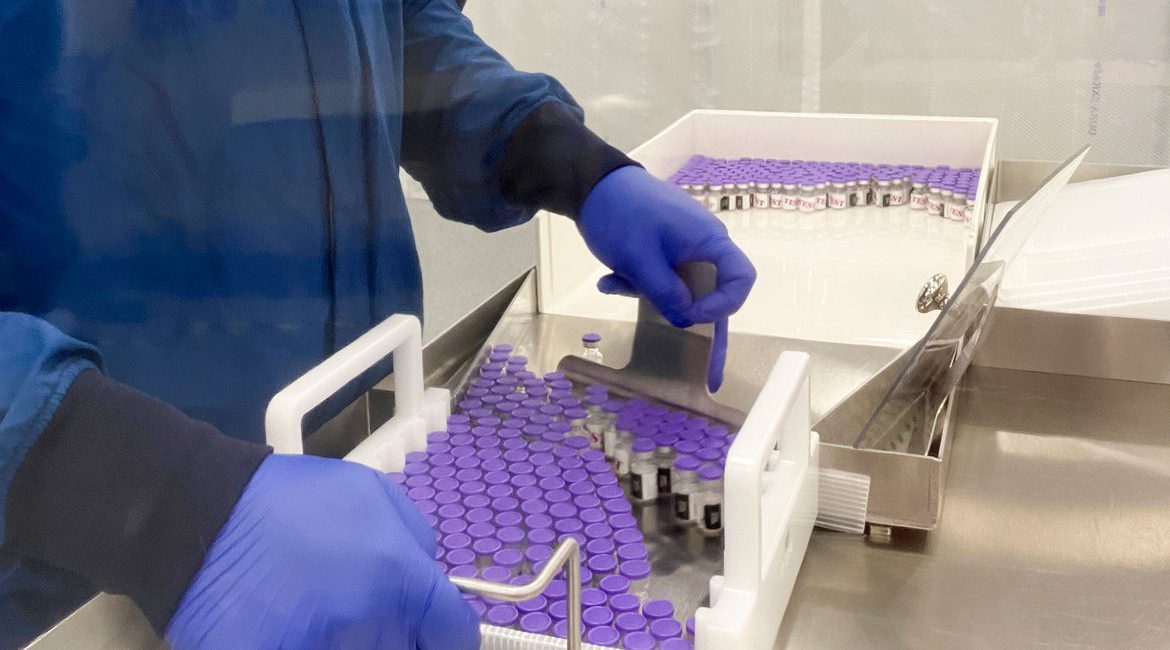 New York City will get its share of the first round of vaccines as soon as December 15th, Mayor Bill de Blasio said Thursday while announcing the early stages of the city’s vaccination distribution strategies.

By December 15th, 254,250 doses of the Pfizer vaccine will be delivered to NYC. A week later, 211,275 doses of Moderna’s vaccine are anticipated to arrive. Neither vaccine has been approved for use in the U.S., but both companies have applied for emergency use authorization approvals from the U.S. Food and Drug Administration.

These doses are the first dose of a two-shot vaccine, which will be prioritized for healthcare workers as well as nursing home residents and healthcare staff at long-term care facilities, according to the mayor.

It is not yet clear how the first doses would be further prioritized among those groups of people. It is also not clear when the vaccine would begin to be administered, or where it would first be administered—for example, at dedicated vaccination centers.

The priority groups mirror state and federal strategies to ensure the most vulnerable and at-risk groups of catching coronavirus get the vaccine. Elderly residents living at longterm care facilities saw thousands of deaths across the state during the height of the pandemic in New York.

City Hall confirmed that the city’s doses includes an allocation from the state’s share. Governor Andrew Cuomo announced on Wednesday that there would be enough vaccines for 170,000 people in the first week of shipments. (The state will be directing vaccines to go to patients and staff in long-term care facilities first, then other healthcare professionals in the initial distribution.)

A COVID-19 vaccine comes as the city is staving off a second wave of the virus, months into the pandemic.

“Just because the cavalry is coming, it doesn’t mean you put down your gun and stop shooting,” NYC Health Commissioner Dr. Dave Chokshi said. The challenge of distributing the vaccine is “formidable,” he added.

The Pfizer vaccine requires storage in ultra-cold temperatures of 80 degrees Celsius below zero, or 112 degrees Fahrenheit below zero.

Fifty hospitals across NYC either have or will have ultra-cold freezers to store the vaccine and the Health Department can store hundreds of thousands of doses as well, for a total citywide capacity of 1.5 million doses.

Chokshi highlighted the city’s existing Vaccination Immunization Registry to monitor the vaccine rollout in real time. He said contingency plans are in place to move around supplies of the vaccine to ensure it meets demands as well as keep up with who has begun the two-dose series.

“Even as we do look ahead and we see that light at the end of the tunnel, now is the time to actually redouble our efforts and make sure that we do everything that we can to prevent as much suffering as possible before we’re entering into that new reality,” Chokshi said.

We will track — in real time — communities that may have a low uptake of the vaccine and pivot to ensure that the vaccine is distributed equitably. When we anticipate that more access is needed, we will quickly stand up temporary vaccine centers.

Health experts have noted ensuring completion of the second dose—which is the dose series that was studied—will be a challenge for distributing the vaccine.

“The need for these vaccines to have two doses to protect people—it’s going to complicate the distribution and vaccination programs dramatically, because we can’t just, we do with seasonal influenza, give you one dose of vaccine and move on to the next person,” Dr. Kelly Moore, the associate director of immunization education at the Immunization Action Coalition, said in an interview this week.

She acknowledged NYC’s vaccine registry is among the “show ponies” of such record-keeping in the country. Ensuring patients receive a second dose is critical for protection since the studies were based on efficacy with two doses, she added.

“The first dose may just simply prime the immune system. It prepares it, it gives it an idea, but it doesn’t really make it protect you,” Moore said. “And it’s the second dose coming shortly after the first that seals the deal, and really provides that protection.”

It will be months before the vaccine is widely available. Both Pfizer and Moderna vaccines, have shown efficacy rates of 95% and 94.1%, respectively, in which a majority of COVID-19 cases developed among those who received a placebo, not the vaccine itself. But it is not known whether the vaccine will prevent asymptomatic spread of the virus or just protect the person who is injected from the virus or, at least, severe disease, according to health experts.

“If a person is vaccinated, can they still get the virus and then transmit it to family members or people in their community? Is the vaccine only going to protect them from severe illness, but then allow them to still spread the virus in their community?” Dr. Micaela Martinez, an assistant professor in environmental health science at Columbia University’s public health school, said this week. “If you have a vaccine that really is reducing susceptibility, or transmissibility, those types of vaccines can be used for eradication like to drive the pathogen to extinction. But if the vaccine is just largely protecting from the severe illness, then it’s a good public health measure. But it’s not going to get rid of the virus itself.”

At the governor’s press briefing from Albany on Thursday afternoon, Cuomo unveiled what a package of vaccine doses would look like.

The Pfizer shipment would be encased in dry ice, which has to be replaced every five days unless it is stored in ultra-cold freezers.

“We’re not going to get to the general public for a while,” the governor emphasized. “We are working very hard to be ready for the distribution and training people on the distribution to make sure it’s all being done correctly. This is the weapon that is going to win the war.”