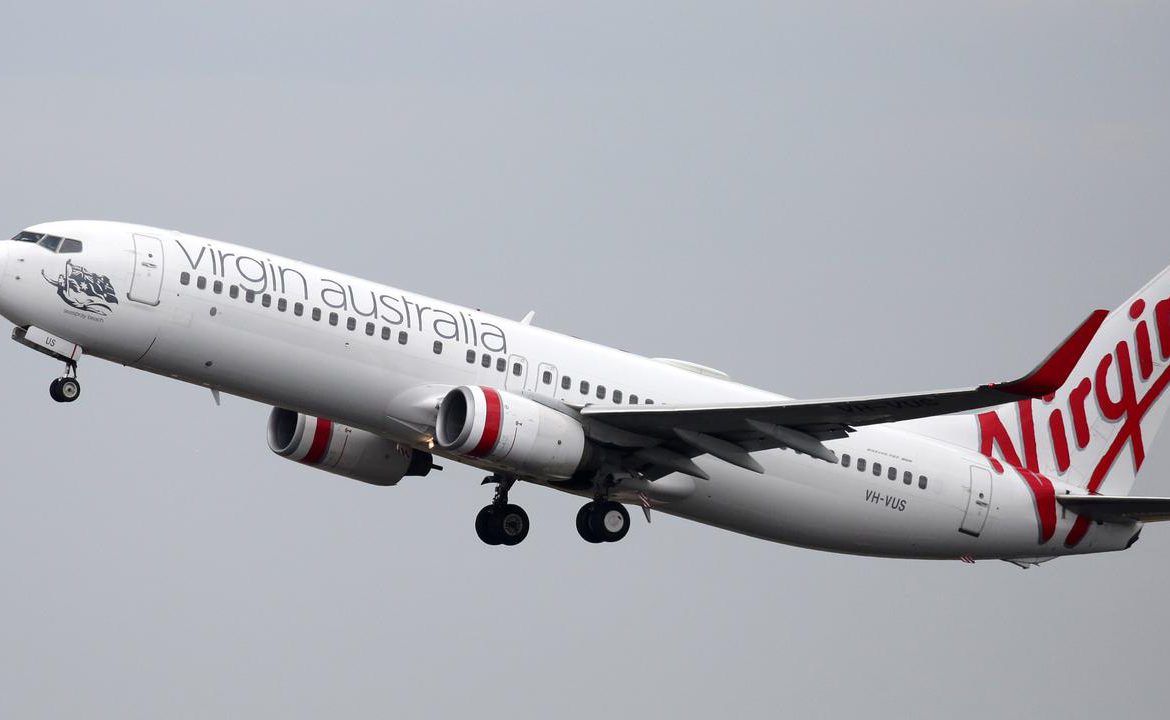 Passengers on a Virgin Airways flight from Sydney to Melbourne have been warned to isolate at home immediately after two international travellers failed to quarantine in NSW.

Scores of people could be forced to isolate after two international travellers who failed to quarantine in New South Wales caught a flight from Sydney to Melbourne on Saturday.

The Victorian Department of Health and Human Services issued an urgent warning on Saturday night to anyone who travelled to Melbourne from Sydney on Virgin Airways flight VA 838.

The flight departed Sydney at midday and landed in Melbourne at 1.25pm Saturday.

Anyone who was on the flight “should immediately quarantine at home and contact DHHS” the statement said.

The two international travellers are now in mandatory quarantine in Victoria.

It is not yet known if they have coronavirus.

“A comprehensive public health response is underway, including testing and full contact tracing,” DHHS said in the statement.

It is not known how the travellers were able to avoid quarantining in New South Wales after arriving from overseas.

Victoria marked 36 days without any new coronavirus cases on Saturday, while the World Health Organisation warned the rollout of COVID-19 vaccines would not by itself eliminate the virus.

The WHO warned against complacency and what it said was an erroneous belief that because vaccines are on the near-horizon, the crisis is over.

“By themselves, they will not do the job,” he said, adding that “the vaccine will not be with everyone early next year”.

Victoria’s state of emergency powers, due to expire on Sunday, will be extended.

Health Minister Martin Foley said the extension came from the advice of the public health team.

“To not do so would see the establishment of the hotel quarantine arrangements collapse on Monday,” he said.

“Hotel quarantine powers are based on the declaration of the state of emergency.”

Chief Health Officer Brett Sutton told a parliamentary inquiry the state was reaching a point where rules around compulsory use of masks could be eased.

Speaking to the Public Accounts and Estimates Committee, Prof Sutton said no final decision had been made ahead of Sunday’s planned announcement on restrictions but he said Victoria was reaching a point where mandatory mask use could be further rolled back.

VICTORIANS GET ON THE BEERS — AT HOME

Thirsty Victorians still managed to “get on the beers” during the gruelling coronavirus lockdowns.

Monash University researchers found take-home beer sales remained strong during the first and second waves, even though visitors to homes were banned.

“Despite not being able to go to the pub, people have kept drinking the same level of beer at home,” Dr Vandenberg said.

“But they haven’t replaced the amount they drank at the pub with their home drinking.

“They kept drinking on average the same amount at home as before.”

Beer sales at licensed premises flatlined nationwide during the first wave of restrictions. They have since been gradually recovering, especially as Victoria’s second lockdown eased.

The study was published in the International Journal of Addiction. Beer accounts for almost two-fifths of all alcohol sales in Australia.

“We see people wanting to invest to make sure they’re competitive in the market, but also because they’ve got used to working online.’’

Christmas cheer is big this year as Victorians go all out to raise festive spirits.

Research shows 70 per cent of people nationwide will be decorating their homes, with four in five believing it boosts community spirits.

Rowville couple Melissa and Brett Morgan, who are among those who’ve decorated their home, said they were making up for missed celebrations such as birthdays.

It was bringing joy to their four children as well as youngsters in the neighbourhood who, like three-year-old Zoey, were constantly popping by to check out the magical display.

“We are going above and beyond this year,” Ms Morgan said.

“This Christmas means a lot because we have become closer with our neighbours and community while we’ve been away from our family.”

“It’s been a challenging year and customers have expressed their excitement … by decorating their homes,” she said.