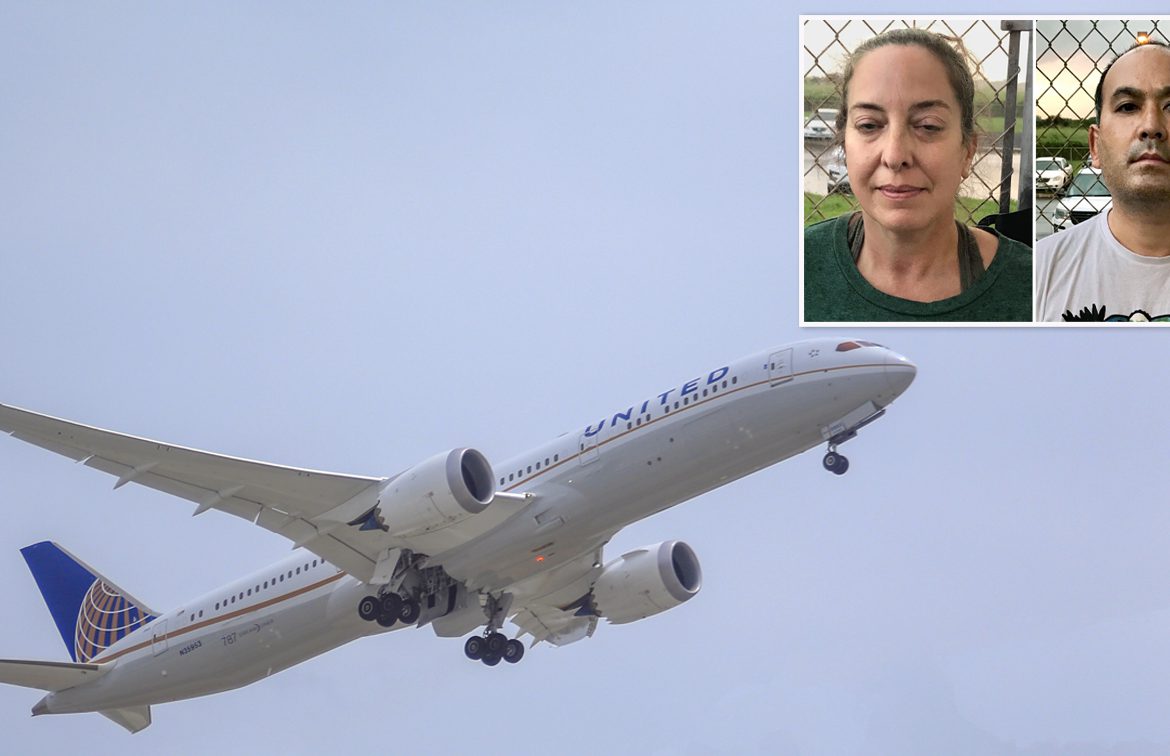 A couple have been arrested and banned from flying after they travelled with their four-year-old son despite testing positive for Covid-19.

Hawaiian residents Wesley Moribe, 41 and Courtney Peterson, 46 have been charged with reckless endangerment after they boarded a flight to Hawaii from San Francisco last Sunday (local time) knowing they were both infected with coronavirus, USA Today confirms.

They had taken Covid-19 tests in Seattle before their flight to San Francisco, as part of Hawaii’s Safe Travels program, according to Kauai police spokeswoman Coco Zickos.

The couple had returned to the US from an international flight.

Courtney Peterson (left) and Wesley Moribe (right) were arrested after they boarded a flight despite knowing they had tested positive to Covid-19. Source: Kaua‘i Police Department

Moribe and Peterson were notified of their positive test results by the Quarantine Station at the San Francisco International Airport while on a stopover and were instructed to isolate, however the pair ignored instructions and boarded a connecting United Airlines flight to Lihue, Hawaii.

When the couple and their young son arrived at Lihue Airport they were met with officials from the Department of Health and escorted by police to an isolation room for processing and investigation.

“They knowingly boarded a flight aware of their positive Covid-19 test results, placing the passengers of the flight in danger of death,” Ms Zickos said in a statement.

United Airlines has banned the couple from travelling with them while the matter is investigated. Source: Getty

The two posted $1420 each in bail and will face court on January 6.

United Airlines has also banned the two from flying while investigations continue.

“We have banned these customers while we investigate this matter,” United Airlines spokesperson Leigh Schramm told USA Today.

The United Airlines website states passengers cannot travel with the airline for at least 10 days after the date they test positive for Covid-19 and must follow Centre for Disease Control and Prevention (CDC) guidelines.

“Following CDC guidelines, you will not be able to travel on United for at least 10 days after the date you tested positive and only after you have two successive negative Covid-19 results that were administered at least 24 hours apart,” the United Airlines website states.

If convicted, Moribe and Peterson could face up to a year in jail or a cop a $2680 fine, Justin Kollar, the Kauai County prosecuting attorney told The New York Times.

Do you have a story tip? Email: newsroomau@yahoonews.com.

Don't Miss it Japanese company reveals 18 meter tall ‘Gundam’ robot
Up Next How does the UK plan to rollout the Covid vaccine? – BBC Newsnight