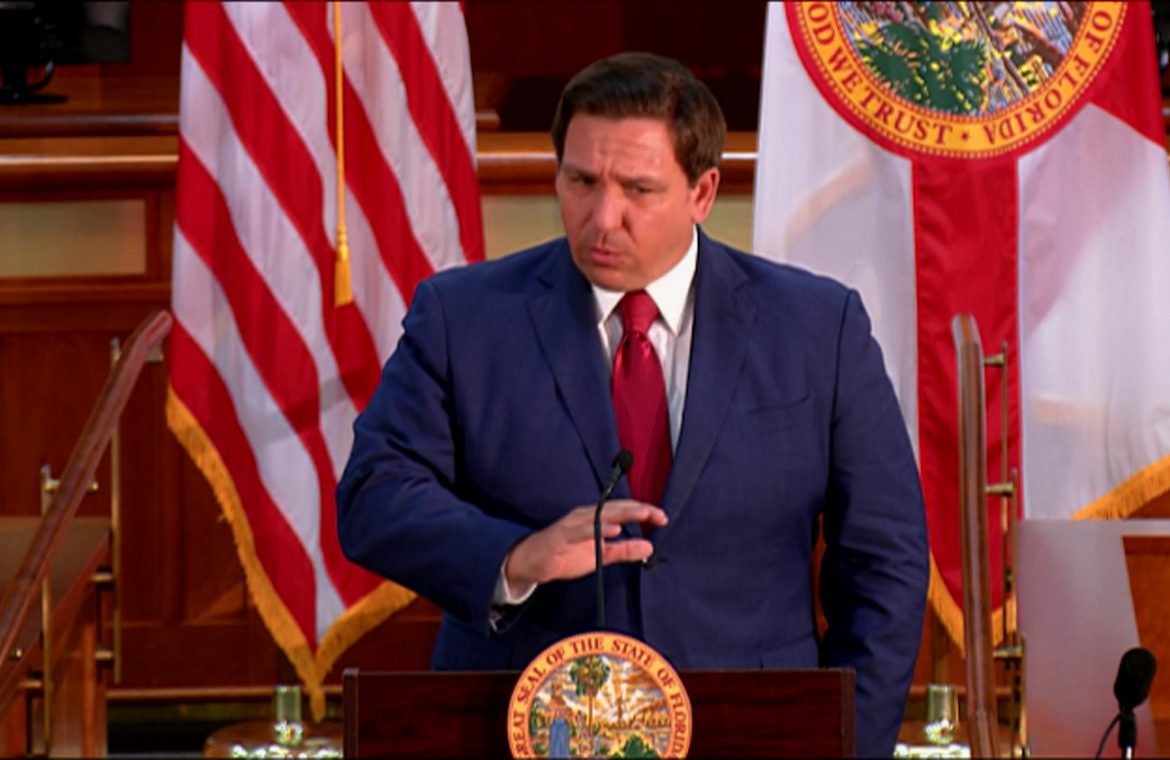 MIAMI (CBSMiami) – In the midst of this pandemic, a SunSentinel investigation found that Gov. Ron DeSantis and his administration had been misleading the public about the crisis from the beginning.

According to thousands of pages of documents and over 50 interviews conducted by the SunSentinel, the governor and his team have done it through misinformation and spin as well as by muzzling local health officials across the state.

Mario Ariza, one of the reporters who worked on the piece, joined Lauren Pastrana and Eliott Rodriguez to discuss his findings.

Q: Let’s start with some of the most recent facts you uncovered. What happened in the weeks leading up to the November election?

A: So in the weeks leading up to the election, we essentially discovered that the DeSantis administration had ordered public health officials not to discuss the COVID-19 virus with the public. So no press releases about COVID-19 were coming out from the Florida Department of Health. And the Florida Department of Health’s messaging to the public shifted remarkably online. The term that we kept hearing again and again for this was “blue sky” messaging, in the lead up to the election.

Q: Tell us about blue sky messaging. What does that mean?

A: Well, it’s almost a directive to talk about anything other than the virus itself. “Go get your flu shot. Watch out, it’s radon season. Make sure that you get your yearly checkup, or that you’re, you know, doing all of the other health things that you should be doing.” But the Florida Department of Health, which is the main public health agency in the state, wasn’t talking about the pandemic, it wasn’t talking about COVID-19. It was talking about everything else.

Q: Now, you report that the administration actually sought out experts who said what they wanted to hear and to shut others out. Tell us more about that.

A: Yeah, correct. So we discovered several instances, actually, when the DeSantis administration, perhaps initially, reached out to local Florida virus experts – epidemiologists, folks here in the stage have got a lot of expertise in fighting the virus. And then just kind of never reached out to them again after meeting with them once. Or if they brought them in, didn’t give them the necessary information to work with. And then when those folks wouldn’t necessarily tell the administration what we think the administration wanted to hear, they went and sought out help from, well, folks who we call dissenters. Foremost amongst these was Dr. Scott Atlas, who you may remember as Trump’s coronavirus advisor. He’s since resigned. And sort of the main focus for the strategy for this was to give some kind of legitimacy to this focused protection idea – that you could keep the virus from slipping into nursing homes and killing the people that normally does kill, which are the elderly and those who comorbidities. But as we now know, and you’ve seen across the United States, that strategy has a lot of questions about it and isn’t necessarily delivering the results.

Q: Did your investigation actually reveal misinformation that was put up by the governor’s office? Because it’s one thing to focus on the positive. It’s another thing to deliberately mislead people. Did you find that?

A: Yes, indeed, yeah. This is one of the more difficult things to talk about. So we found that the governor spokesperson on his personal Twitter account, at least 16 separate times, discussed mask wearing in a way that experts consider to be misinformative. In keeping with the DeSantis administration’s greater position on masks, which is that you know where I’m if you want, the spokesperson would go ahead and say, Fred Piccolo, Jr., you know, there’s no need for a math mask mandate, they don’t work. That’s not factually accurate. They are shown to work. And in several instances, he actually compared COVID-19 to the flu, and said that the flu was equally deadly. That’s not accurate, either. And so this is a public official, and, you know, the governor’s number one spokesperson, and so we felt the need to fact check that misinformation coming out.

Q: So the report discusses what the spokesperson has been saying, but has there been any response from Gov. DeSantis directly related to this article?

A: So we really tried to get in touch with him. We’d love to sit down and talk to him. And if he ever wants to sit and talk to us, I’d love to get a phone call from him. But he declined to be interviewed. His spokesperson did answer some of our questions. But none of the questions that we put directly to the governor, just only the questions we put directly to Fred. So the governor hasn’t really spoken up about this now.

Q: If you did get the opportunity to sit down with Gov. Ron DeSantis, give me one or two questions that you would ask him.

A: I would want to know if he thinks his extended family is really safe from this virus. I get the sense that the governor thinks that his wife and children may not necessarily be in danger. But is this something that he really thinks he can keep out of the nursing homes? Is this something that he thinks is an acceptable death toll? And, you know, I would ask him if he really thinks he can’t necessarily do more focused interventions to stop the spread of the virus and keep it from getting to where it needs to go. If it has to be this kind of whole-hog approach to, you know, we’re not shutting any part of the economy down and all businesses are essential. If perhaps there are maybe some, I don’t know compromises that can be taken in view of the public’s health.

Don't Miss it Anti-mask rally amid B.C. COVID-19 case surge ‘really concerning’: respirologist
Up Next Rolling out the Covid-19 vaccine