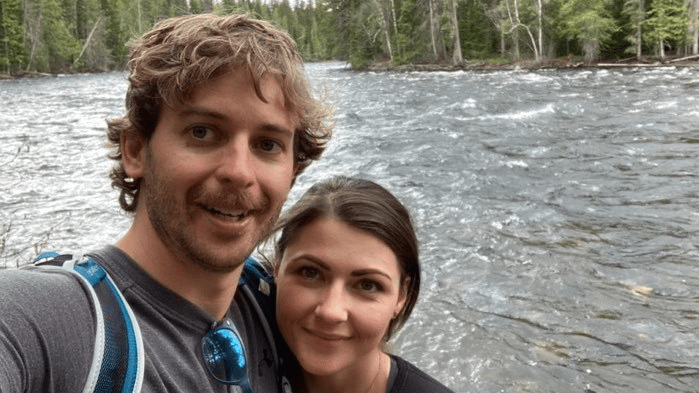 After months living through a global pandemic far from home, Alice Paterson and Chris King were looking forward to their move from Canada back to Western Australia.

Key points:Almost 40,000 Australians want to get home from overseasThe Prime Minister had wanted them back by Christmas but says the list keeps growingRestrictions on Australians leaving the country, including a ban on international cruise ships, have been extended

But they were sent into a panic last week when several legs into their journey, they were told a booking error by their airline meant they were not going any further.

“Everything exploded in our faces and it was suddenly, ‘You aren’t going home, you’re stuck in Dubai,'” Ms Paterson said.

“I was basically up against the wall sobbing, but that can’t last forever so I had to kind of pull it together and try and speak to anyone who could help us, which turned out to be no-one.”

The couple had flights booked from Vancouver to Toronto then on to London, Dubai and finally Perth.

Catch up on the main COVID-19 news from December 8 with our coronavirus blog.

The error meant they could not board the last leg of their trip and the couple say they spent around 30 hours stuck at Dubai’s airport before deciding their only viable option was to head back to London, where they have some family.

A lot of stress and frantic phone calls later, they eventually got tickets for another flight to Dubai where they are hoping to transit without any problems.

If all goes to plan, they should finish their 14 days of hotel quarantine in Perth just in time for Christmas Day.

Christmas deadline for stranded Australians approaching Chris King and Alice Paterson say they feel for all the Australians still struggling to make it home.(Supplied)

The Federal Government’s latest figures show almost 40,000 Australians are still trying to make it back from overseas.

In September, Prime Minister Scott Morrison said he hoped to have “as many people home, if not all of them, by Christmas,” a comment Shadow Home Affairs Minister Kristina Keneally has been reminding him of ever since.

“If he doesn’t have them home in the next 24 hours, they’re not going to be able to celebrate Christmas with their families,” Senator Keneally said.

“This is a broken promise from the Prime Minister.”

But Mr Morrison argues that when he made the comment, the number of people who had registered as wanting to come home was about 26,000.

Since then, he says, more than 40,000 have returned, however worsening COVID-19 conditions overseas means the list keeps growing.

Ms Paterson and Mr King say they feel extremely fortunate and feel for all of the other people still struggling to make it back.

“Once you’ve sort of lived it and known what that feeling is, to be so unsure about when you’ll see your family again, when you’ll be in a safe place again, it’s really not a comfortable position to be in,” Ms Paterson said.

“And I can imagine there’s people who are trapped in places where they don’t have support networks. Luckily Chris and I have each other, but if I were doing this on your own I’d be pretty desperate and afraid.”

As thousands of people keep trying to make it home, restrictions on Australians leaving the country are again being extended.

By the time it is now due to be lifted on March 17, the “human biosecurity emergency declaration” will have been in place for almost one year.

The declaration forces Australians to obtain permission to travel overseas, with Health Minister Greg Hunt revealing more than 95,000 exemptions had been granted since it came into force.

It also extends the ban on international cruise ships, which were the sites of some of the most high-profile outbreaks of COVID-19 in the early stages of the pandemic.

The Ruby Princess, which docked in Sydney earlier this year, became a major source of COVID-19 infections in Australia.(AAP: Joel Carrett)

“The lead times to get a ship back up and running and back to Australia are quite considerable,” he said.

“Most of the cruise lines have already cancelled their itineraries through to the end of January and some beyond that.

“So I would suggest that we would be very happy to see that phased, measured resumption begin in the first quarter of next year. But as I say, it’s not going to be business as usual from day one.”

Mr Katz said the industry was planning on compulsory coronavirus testing of all guests and crew as well as limited passenger numbers and boosted screening and hygiene measures.

He said restarting cruises would require bringing in foreign crew members, before adding they would not take the hotel quarantine places of returning Australians.

“They potentially would sail in with the ships down to Australia and go through an additional quarantine and isolation period and of course the testing on arrival,” he said.

Don't Miss it 3 Covid-19 vaccine candidates under active consideration of drug regulator: Health ministry | India News
Up Next Coronavirus cases continue to rise across the U.S.