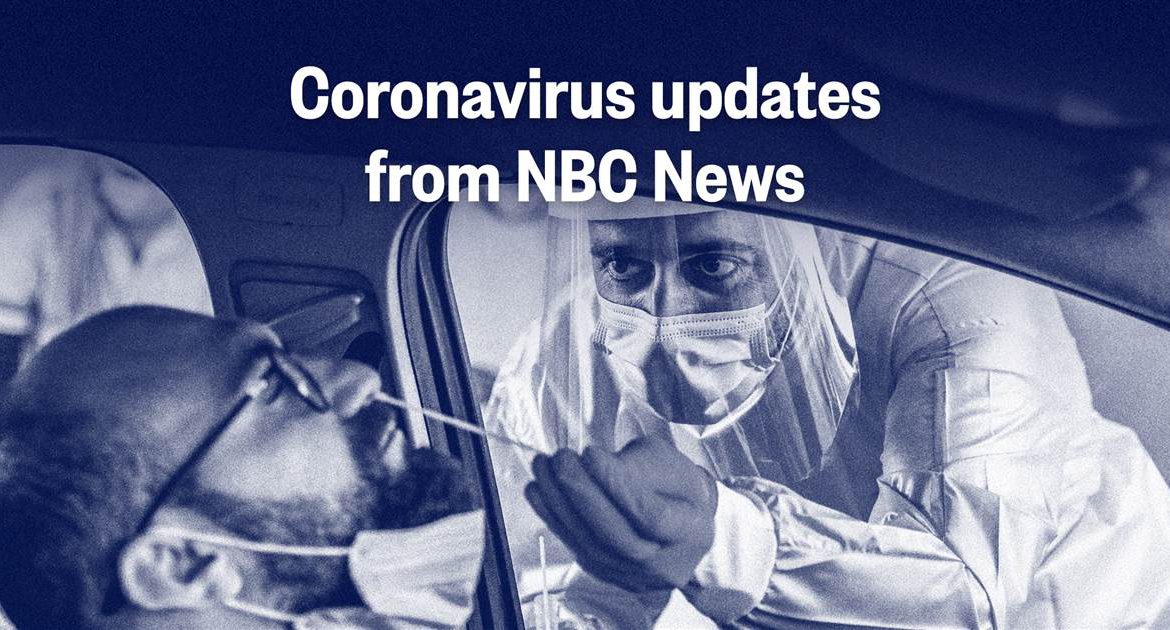 The Associated Press and Denise Chow

A former commissioner of the Food and Drug Administration and a member of Pfizer’s board of directors said Tuesday that President Donald Trump’s administration declined to secure millions of additional doses of Pfizer’s coronavirus vaccine when it had the chance.

Dr. Scott Gottlieb told CNBC that the White House declined “multiple” offers from Pfizer to strike a deal on more vaccines for the second quarter of 2021. Gottlieb’s statements came after The New York Times and The Associated Press reported that the Trump administration months ago did not lock in the chance to purchase millions of additional doses of Pfizer’s vaccine, which has shown to be highly effective against Covid-19.

That decision could delay the delivery of a second batch of doses until Pfizer fulfills other international contracts.

“Pfizer has gone ahead and entered into agreement with other countries to sell them some of that vaccine in the second quarter of 2021,” Gottlieb told CNBC.

Jenks High School, from an affluent suburb of Tulsa, won the state football title over the weekend and a widely circulated picture showed players, cheerleaders, students and fans celebrating in the stands with hardly anyone wearing a mask.

“The photo of the Jenks High School student section included in a post on Saturday from the state championship football game has been widely criticized. Jenks Public Schools acknowledges and accepts this criticism,” Jenks Public Schools said in a lengthy apology. “There were too many high school students without masks and too many high school students in close contact with one another. This is not the kind of safe environment JPS seeks to create for students and staff members. JPS understands the importance of social distancing.”

Like much of America, Tulsa County, Oklahoma, has been struggling to contain coronavirus. There were 4,994 active cases there as of Tuesday morning with 289 deaths during this pandemic, according to county records.

FDA: Pfizer’s Covid-19 vaccine safe and effective after one dose

Pfizer’s Covid-19 vaccine candidate offers protection after the first dose, according to documents released by the Food and Drug Administration Tuesday morning.

The information was made public ahead of a Thursday meeting of the Vaccines and Related Biological Products Advisory Committee, or VRBPAC — an advisory group to the FDA, which will vote on whether to advise the agency to grant emergency use authorization of the vaccine in the U.S.

The 53-page document contains analysis from both federal regulators and Pfizer on the latest data from the company’s Phase 3 clinical trial on its Covid-19 vaccine. It will be used to help guide the advisory group in its decision making.

WASHINGTON — In late July, officials with the administration’s Operation Warp Speed said when Covid-19 vaccines were imminent there would be a tightly targeted four to six week national campaign to encourage Americans to get the shots. Now, with multiple vaccines finally on the horizon, state health officials tell NBC News they have not yet seen materials from the federal government.

Data shows there’s reason to be concerned about the American public’s willingness to sign up for shots. While recent polls indicate an increasing number of Americans willing to take the vaccine, the latest STAT/Harris poll shows at least 42 percent are still reluctant.

The federal government recently shifted its public health education strategy, amid media and congressional scrutiny related to alleged politicization of the message. Following a review ordered by the secretary of the Department of Health and Human Services, the department canceled a $15.1 million contract that included work with members of the entertainment industry.

California reported its 20,000th Covid-19 death Tuesday morning, part of a surge across the state that has set record case numbers and seen an uptick in deaths.

While California’s 20,057 deaths is the third-highest among any state, its per-capita deaths are among the lowest in the country. More than 1.4 million cases of the coronavirus have been confirmed in the state. In the U.S., more than 15 million have had the disease.

The Trump administration’s adviser overseeing Operation Warp Speed, which is tasked with developing and distributing a Covid-19 vaccine, said Tuesday that he doesn’t know the purpose of President Donald Trump’s expected executive order on the vaccines.

“Frankly, I don’t know, and frankly, I’m staying out of this. I can’t comment,” said chief science adviser Dr. Moncef Slaoui in an interview on ABC’s “Good Morning America.”

Pressed further, Slaoui said, “Our work is rolling. We have plans. We feel that we can deliver the vaccines as needed, so I don’t know exactly what this order is about.”

A senior administration official told reporters Monday that Trump is “going to be signing an executive order on ensuring access to U.S. government Covid-19 vaccines. This is a reaffirmation of the president’s commitment to America first, to ensure the health and safety of our citizens, the viability of our economy, the security of our nation, and ensure that Americans are able to resume normal life. That’s the first and most directive thing the executive order does.”

In a turn of events that’s already spawned a thousand Twitter puns, the second person to receive the clinically approved Covid-19 vaccine Tuesday was a man named William Shakespeare.

Bill, 81, as he’s known to friends, got the shot at a hospital in the English city of Coventry, as the United Kingdom kicks off its largest public vaccination campaign in its history.

For a country recently accused of turning its world-first vaccinations into nationalistic point-scoring opportunities, it was a detail that might have been tossed from a writers’ room for being too on-the-nose.

“William Shakespeare” quickly became the number one trending topic on British Twitter, where people responded with wordplays such as “The Taming of the Flu,” “The Two Gentlemen of Verona” and “a plague on none of your houses.”

The United States surpassed 15 million Covid-19 cases Monday only a few days after setting its first million-milestone this month, according to an NBC News tally.

The U.S. recorded 1,789 deaths related to coronavirus on Monday, bringing the total death count close to 285,000 people, according to the tally. The country logged nearly 187,000 new cases of Covid-19 on the same day.

The country also registered more hospitalizations on Monday since the pandemic began, with almost 102,000 people who were hospitalized across the country, according to The Covid Tracking Project.

A woman in the English city of Coventry has become the first person to get a clinically approved Covid-19 vaccine. Margaret Keenan, 90, received the Pfizer-BioNTech shot Tuesday after the British government became the first to give it regulatory approval last week.

“I feel so privileged to be the first person vaccinated against Covid-19,” the grandmother of four, who turns 91 next week, told reporters. “It’s the best early birthday present I could wish for because it means I can finally look forward to spending time with my family and friends in the new year after being on my own for most of the year.”

Keenan’s inoculation kicks off what’s been described as the largest vaccination campaign ever attempted by Britain’s publicly funded National Health Service. The United States Food and Drug Administration is expected to discuss regulatory approval for the Pfizer-BioNTech vaccine this week.