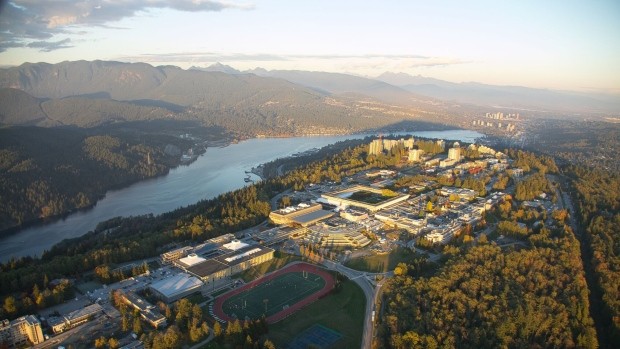 VANCOUVER —
With winter break approaching for colleges and universities, some institutions are choosing to extend the time off amid the COVID-19 pandemic.

Last week, the University of British Columbia announced it’ll extend its winter break later into January in an effort to “alleviate the pressure” on the community.

The term at UBC will start on Jan. 11 for most students at both the Vancouver and Okanagan campuses, rather than Jan 4. Some programs that can’t accommodate a late start will stick to their original schedule, however.

Reading break will not be delayed, however, and will still be during the week of Feb. 15, the university said in a statement. The terms also won’t be condensed, and the last day of classes will be April 16.

“This one-week delayed start provides faculty with additional time to prepare for the beginning of the new term in a remote, adapted model and for university staff and administrators to contribute to a smooth start to the term,” the university’s statement said.

“Students will have a longer break between terms to rejuvenate, and more time to prepare for classes.”

“We recognize everyone is tired as we deal with the changes this pandemic has brought to how we teach, how you learn, and how we all connect with each other,” said a statement from the school’s academic vice president, Dr. Catherine Dauvergne.

“Delaying the start of classes will give you more time over the winter break to rest and reconnect with family and friends.”

The delay means exams will start a bit later, as will the summer term.

Previously, the University of Northern British Columbia said it wouldn’t extend the winter break, citing concerns it could disrupt the schedule and cause further stress. But in a statement on Monday, Geoff Payne, interim president, said staff is rethinking the January start date and is a proposing a delay to the university’s senate.

“There is no perfect decision in these very uncertain and difficult times; know that I, along with the executive team strive to balance the ever-changing circumstances and information to make the best decisions for our entire community,” Payne said in a statement.

That meeting and vote with the senate is expected to take place this week.

So far, Langara College, BCIT, Vancouver Community College and Kwantlen Polytechnic University have not announced winter break extensions. Many courses at those institutions will be offered online for the term, however.

“It’s incredibly important for families and for children to have in-person, in-class (education), but we’re looking at all of our options,” Henry said in a news conference last month about the possibility of a longer break.

Don't Miss it The latest coronavirus infection rates for every borough as gap widens between Greater Manchester and London
Up Next How do I know the Covid vaccine is safe? – BBC News