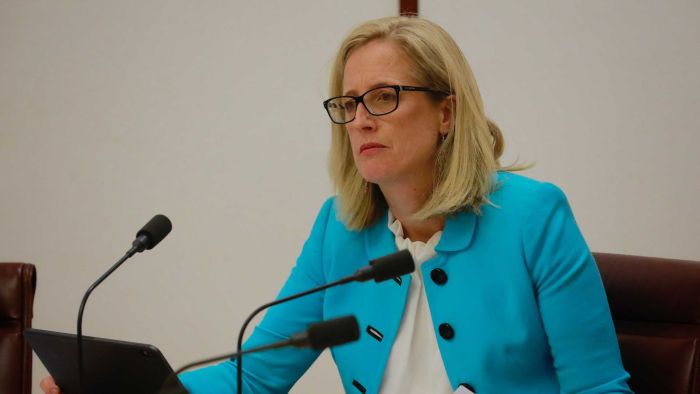 A Senate inquiry on COVID-19 has recommended permanently raising the rate of JobSeeker, independently reviewing the COVIDSafe app, and establishing a national centre for disease control.

Since April, the Labor-controlled committee has held 37 hearings with hundreds of hours of evidence that have produced six recommendations.

Committee chair Katy Gallagher has tabled the report in Parliament, arguing it was the leadership of the states and territories, not the Federal Government, that enabled Australia to do relatively well in the face of the global pandemic.

“It was the states who took the big brave decisions at the right time and forced the hand of the Federal Government, that was resisting pressure to take stronger action,” Senator Gallagher said.

“Without the strong advocacy displayed by state premiers for bolder measures — particularly by NSW and Victoria — Australia’s experience with the pandemic could have been very different.

“Thank goodness for the states.”

However, she added that even though COVID-19 had left other countries in much worse shape than Australia, that did not mean the health and economic costs were not severe.

“Around 39,000 Australians remain stranded overseas and 8,000 of them are classified as vulnerable people.”

Space to play or pause, M to mute, left and right arrows to seek, up and down arrows for volume.WatchDuration: 3 minutes 4 seconds3m 4s Senator Gallagher outlines five shortcomings in Federal Government’s health response in Parliament.

The interim report has come up with six recommendations:

Senator Gallagher made note of the deaths in aged care which accounted for three-quarters of Australia’s COVID-19 death toll.

She dismissed the Government’s COVIDSafe app, claiming it found “just 17 unique contacts” and was “expensive and ineffective”.

However, a Coalition dissenting report has rejected much of the Labor-dominated committee’s findings.

It dismissed a finding that JobKeeper unnecessarily excluded casual workers and refuted findings that the contact tracing app had failed, pointing out that it had been downloaded by more than 7.1 million Australians.

It also argued that the JobSeeker payment was adequate and that the government was not withdrawing the support too early.

The committee was established on April 8 and must deliver its final report by June 30, 2022.

Don't Miss it Is Putin’s power ebbing away in Russia’s own back yard? – BBC News
Up Next How Neanderthal DNA affects human health — including the risk of getting Covid-19