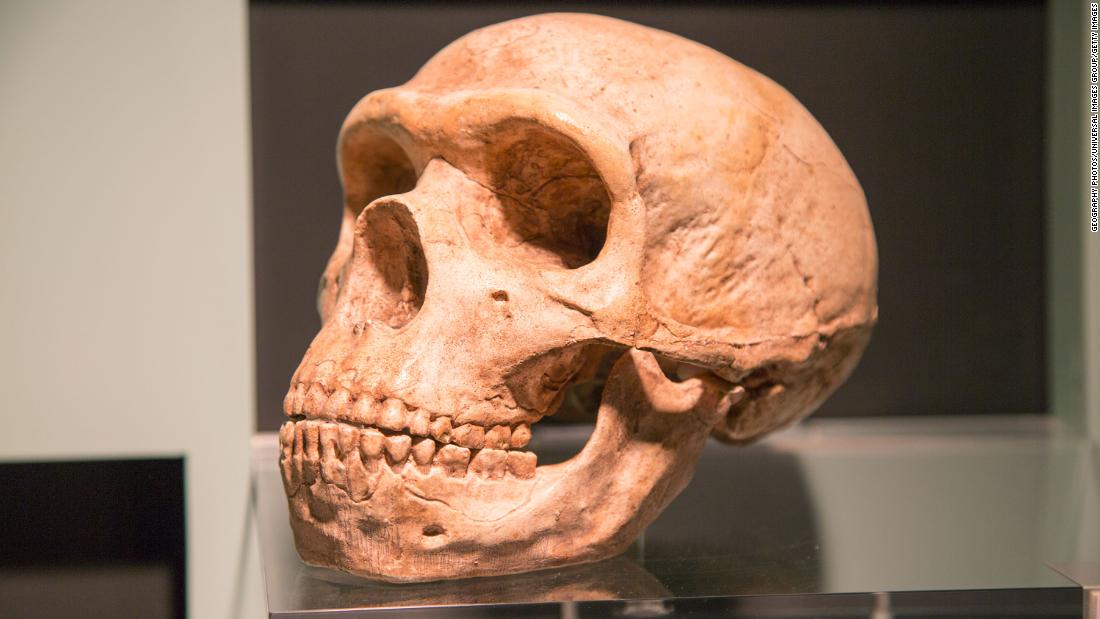 The evidence that Homo sapiens interbred with Neanderthals first emerged in 2010, after Swedish geneticist Svante Pääbo pioneered methods to extract, sequence and analyze ancient DNA from Neanderthal bones. Pääbo mapped the entire Neanderthal genome, and thanks to his work, scientists can compare Neanderthal genomes with the genetic records of living humans today.

“It’s exciting for us to find out that Neanderthals had things that are important for us 50,000 years after they went extinct,” said Pääbo, director of the Max Planck Institute for Evolutionary Anthropology in Leipzig, Germany, who has been studying Neanderthal DNA for three decades.

Pääbo and his team have turned their attention to medical science’s most pressing concern, the coronavirus pandemic, to see if Neanderthal DNA can shed any light on Covid-19.

The scientists examined a strand of DNA that has been associated with some of the more serious cases of Covid-19 and compared it to genetic sequences known to have been passed down to living Europeans and Asians from Neanderthal ancestors. The Neanderthal DNA strand is found on chromosome 3; a team of researchers in Europe has linked certain variations in this sequence with the risk of being more severely ill when infected by Covid-19.

“We’ve worked for 25 years on Neanderthal genomes, and suddenly they seem very relevant for a big medical emergency. It was really a huge, huge surprise,” Pääbo said.

The study also revealed considerable differences in how common this genetic risk variant is in different parts of the world. It’s particularly common among people in South Asia, where about half of the population carry the Neanderthal risk variant. In Europe, one in six people carry the risk variant, while in Africa and East Asia it is almost nonexistent.

Commercial DNA tests can tell you what percentage of your DNA is Neanderthal. However, it’s not something individuals need to worry about when it comes to Covid-19 risk and the other diseases and traits that are associated with Neanderthal DNA.

“We can’t blame Neanderthals for Covid. That’s a damaging response, and that’s why I want to emphasize so much the social and environmental factors are the real things that people should be worrying about,” said Tony Capra, a geneticist at the Center of Structural Biology at Vanderbilt University in Nashville, Tennessee.

“That said, as a geneticist, I think it is important to know the evolutionary history of the genetic variants we find that do have effects on traits. The effects of Neanderthal DNA traits are detectable, but they’re modest.”

Capra said that his work had found links between Neanderthal DNA and psychiatric disorders like depression and addiction.

“We’ve found associations with sensitive neuropsychiatric diseases and addiction (and Neanderthal gene variants), which are primed for people to emotionally connect with when they’re looking for an explanation for why they or their loved one is struggling,” he said.

“I think we have a duty to explain to the public that you can’t blame Neanderthals for any of these associations that we’ve found.”

Scientists are able to look for links by comparing Neanderthal DNA with information on living humans mined from large biobanks used for medical research that contain information about an individual’s genetic makeup as well as other details in their medical records.

“These big cohort studies — the UK biobank is the biggest one — where one studies hundreds of thousands of people. … This has opened up this (field) to make it easier to study,” Pääbo said.

While many links between Neanderthal DNA and characteristic traits are largely of academic interest, some may have medical consequences in terms of identifying people at risk of disease or pointing toward future treatments.

In one of his latest studies, published earlier this year, Pääbo and his collaborators analyzed data from 244,000 women in the United Kingdom’s biobank and found that women who carry a gene variant inherited from Neanderthals were less likely to experience miscarriage or bleed while pregnant. These women also had larger families, the study found.

Subsequent molecular analysis revealed that these women produced more progesterone receptors in their cells, which may lead to increased sensitivity to progesterone and protection against early miscarriages and bleeding, Pääbo said.

“The progesterone receptor is an example of how favorable genetic variants that were introduced into modern humans by mixing with Neandertals can have effects in people living today,” said Hugo Zeberg, researcher at the department of neuroscience at Karolinska Institute in Stockholm and the Max Planck Institute for Evolutionary Anthropology, who conducted the study with Pääbo.

How did humans get Neanderthal DNA?

While the popular image of Neanderthals is that of brutish cave men, they likely led a more sophisticated life than pop culture depictions might suggest.

Neanderthals walked the Earth for a period of 350,000 years. They knew how to survive in cold and warm climates, used tools and made yarn, swam and may even have created art.Researchers believe Neanderthals overlapped with modern humans geographically for a period of more than 30,000 years after humans migrated out of Africa and before Neanderthals went extinct about 40,000 years ago — although some scientists think it could be as little as 6,000 years of overlap. Sometimes when the two groups met, they had sex and gave birth to children. How often Neanderthals and Homo sapiens had sex and children is not clear, but there were likely multiple periods of interbreeding.

Initially, these Neanderthal genes could have given early modern humans an evolutionary advantage when they migrated north to Europe and Asia, Capra said. These people would have encountered different climates, patterns of sun exposure, diets and most importantly — different pathogens.

The Neanderthal genes that remain in some human DNA today tend to affect the functioning of the immune system and hair and skin traits — such as hair color, tendency toward baldness and the skin’s capacity to tan, Capra said.

“Those two systems — your hair and skin and your immune system — are critical to adaptation to new environments,” he said.

“Neanderthals had been living in those places for hundreds of thousands of years before any anatomically modern humans got there. So the interbreeding with Neanderthals might have been a way to gain those preadapted genes.”

With each generation these genes mutated. Some disappeared over time, but other variants increased until they were common enough to become part of the human population’s genetic signature. Those that have persisted, scientists believe, may confer some benefits to humans today.

“There’s a lot of information in what remains. It’s definitely not random,” Capra said.

To be clear, Capra said he can’t look at an individual and determine whether they have Neanderthal DNA by their hair, skin color or features.

“Every week I get emails that ask, ‘I have hair on these bits of my body, does that mean I’m Neanderthal?'”

“No, the effects are in most cases modest — in the order of 1% or 2% of the variation in traits that you see across the whole population.”

The field is limited by a lack of ethnically diverse biobanks, since most genomic databases are focused on Western Europeans. What’s more, there are only three complete Neanderthal genomes — although there are several other Neanderthal individuals for which scientists have some genetic data.

Researchers are also looking at what benefits DNA from other early humans might have on the health of modern humans.

Much less is known about Denisovans, another mysterious group of ancient humans, because researchers have only found a very few fossils — mainly in one Siberian cave — although more recent DNA found in sediment (likely from feces or urine) has suggested they traveled and also called a Tibetan cave home. It’s also likely that early modern humans interbred with these Denisovans. Early research has suggested this may have conferred genetic benefits that helped modern Tibetans adapt to life at high altitudes through a variant of a gene that helps red blood cells use oxygen more efficiently.

“We’re just naturally fascinated by these things that happened in the history of our species that shaped how different humans are, and this is what drives my fascination with this area,” Capra said.