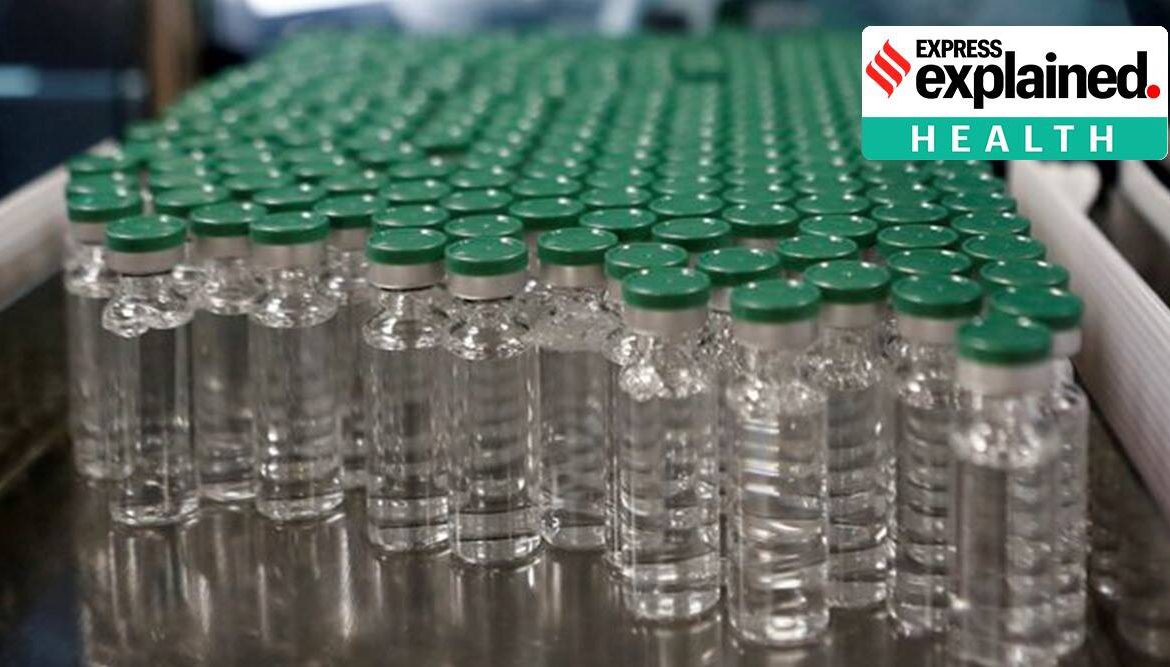 Vials of Covishield, the Indian version of the AstraZeneca-Oxford vaccine, at the Serum Institute of India in Pune, India. (Reuters Photo)

Three vaccine developers have now made applications to the Central Drug Standard Control Organisation (CDSCO), India’s drug regulator, seeking emergency use approval for their candidate Covid-19 vaccines which are still under trials. None of these has yet generated data about the effectiveness of their vaccine from phase-III trials conducted in India, which is a mandatory requirement in the normal process of approval.

And each of the three presents a slightly different case, which the CDSCO will have to evaluate and decide on.

What are these vaccine candidates?

COVISHIELD: Pune-based Serum Institute of India has sought approval for its version of the vaccine developed by Oxford University and AstraZeneca, which it has been testing in India for the last few months. The candidate is currently in phase-III trials in India. In its application, Serum has submitted the safety data from phase I and phase II trials, while the effectiveness data has been sourced from phase-III trials of the same vaccine in the UK and Brazil.

COVAXIN: Bharat Biotech, a Hyderabad-based company which is developing a vaccine, Covaxin, in collaboration with National Institute of Virology, an ICMR institute in Pune, has started phase-III trials only recently, and is yet to enrol all the participants as per its design. Its application is based mainly on the safety data from phase-I and phase-II trials.

BNT162b2: US pharmaceutical major Pfizer hasn’t carried out clinical trials in India of its vaccine, developed in collaboration with BioNTech, but has still sought an approval to use it here based on the results of the trials conducted in the US. The Pfizer-BioNTech vaccine is the first one to receive the regulator’s approval anywhere in the world, having been granted emergency use authorisation in the UK last week. 📣 Follow Express Explained on Telegram

What are the regulatory provisions for approval of vaccines in India?

Clinical trials of new drugs and vaccines, and their approvals, are governed by the New Drugs and Clinical Trials Rules, 2019. These Rules do not use the term “emergency use authorisation”. This term is used mainly by the regulatory agencies in the US and some other countries, and has become popular in the context of the current epidemic. However, that does not mean that the Indian regulatory system does not have provisions for “special situations” like the current one.

The 2019 rules provide for “accelerated approval process” in several situations that would include the one like the current pandemic. In such situations, there is a provision for granting approval to a drug that is still in clinical trials, “provided there is a prima facie case of the product being of meaningful therapeutic benefit”.

“Accelerated approval may also be granted to a new drug if it is intended for the treatment of a serious, or life-threatening condition, or disease of special relevance to the country, and addresses unmet medical needs,” one of the relevant provisions of the Rules says. The definition of new drug in the 2019 Rules includes a vaccine.

Further, it makes it clear that a new drug, or a vaccine, can be considered for approval if “remarkable” effectiveness is reported even from phase-II trials.

“If the remarkable efficacy is observed with a defined dose in the phase-II clinical trials of the investigational new drug for the unmet medical needs of serious and life threatening disease in the country, it may be considered for grant of marketing approval by the central licensing authority based on phase-II clinical trial data. In such cases, additional post licensure studies may be required to be conducted after approval to generate the data on larger population…,” the Rules say.

Accordingly, the approval granted to drugs or vaccines that are still in clinical trials is temporary, and valid only for one year. Such a provision, therefore, makes even Bharat Biotech eligible to apply for approval, although it is still in early stages of phase-III clinical trials.

How different are Indian regulations from those elsewhere?

Some provisions in the 2019 Rules, like those mentioned above, are different compared to what has been prescribed by the US Food and Drugs Administration (FDA), which had issued very specific guidelines for approval of vaccines for Covid-19. The FDA has made it clear that an emergency use authorisation can be considered only after sufficient data from phase-3 trials are generated, and an application cannot be made on the basis of data only from phase-1 or phase-2 trials. It has also said that preliminary phase-3 data should show at least 50% effectiveness in preventing the disease, and that this data needed to be generated from “well over” 3,000 trial participants.

What about vaccines that have done well in trials outside the country?

The 2019 Rules do not say anything specific about whether data from a trial conducted in another country can be considered while assessing an application for accelerated approval to a drug or vaccine to be used in India. But the Indian health authorities have said they were keeping an open mind, and it would all depend on what scientists and experts make of the data that are presented to them.

They stressed that in evaluating the vaccine applications, the subject expert committees will carefully weigh the risks with the potential benefits to assess whether the vaccine was likely to provide a significant breakthrough in containing the current epidemic. This is in line with the stated principle of the US FDA as well. The FDA has said that an emergency use authorisation would be granted only after it has been determined that the “known and potential benefits outweigh the known and potential risks of the vaccine”.

In making this assessment, the expert committee in India would be willing to look at data generated during trials conducted in other countries as well, as is the case with the applications made by Serum Institute and Pfizer.

The Indian authorities also pointed out that an application need not always result in an approval, which will be granted only after a rigorous scientific analysis of the data presented. The subject expert committees can reject an application or ask for more data if it is not satisfied.