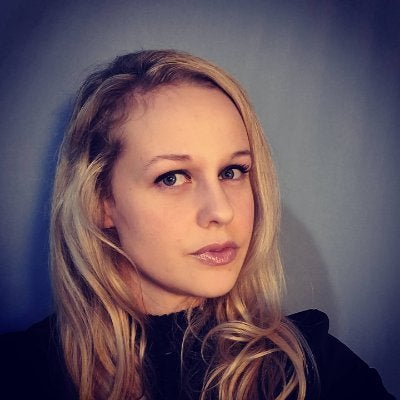 A Republican lawyer has resigned over the treatment of coronavirus whistleblower Rebekah Jones after a judge ordered a police raid on her home.

The panel Mr Filipkowski served on picked judges. He resigned after reviewing the search warrant affidavit used to raid Ms Jones’ home and seize her computers and phones.

Ms Jones has been running an alternative information website to share coronavirus data in the state. She claims the state has been intentionally under-reporting its numbers, a claim that was validated by an investigation by the South Florida Sun Sentinel  last week.

“The recent events regarding public access to truthful data on the pandemic, and the specific treatment of Rebekah Jones has made the issue a legal one rather than just medical,’’ he wrote in a letter to the governor’s general counsel. “…I no longer wish to serve the current government of Florida in any capacity.”

Ms Jones’s house was raided after an anonymous individual sent a message to the state’s health department officials urging them to “be a hero. Speak out before it’s too late” on the department’s internal messaging system.

She maintains that she did not send the message.

Mr Filipkowski was critical of Mr DeSantis’s leadership, and said in his resignation that the response to the virus seemed political.

“What’s the crime? The crime is hacking into an email server to tell people to tell the truth?,’’ Mr Filipkowski said. “That’s not a horrible crime, if it’s a crime at all.”

He said that whoever sent the message would likely fall under a legal doctrine called necessity, which allows someone to break the law if its done so in the effort to prevent a more serious harm from occurring.

“If what she did is illegal, it pales in comparison to the harm she was trying to prevent,” he said.

He said that despite his criticism of Mr DeSantis’s leadership, it never affected his work on the nominating commission. Until now.

“But this is different because now what you’re doing is using police powers. You’re using law enforcement in intimidating people who are trying to tell the truth and now we are crossing over to my whole life as a prosecutor, employer, crusader,” he said. “This is wrong. He is taking it to a different level. “

He said he hoped his resignation “in my own little way could draw some more attention to it” and “the plight of the people of Florida who I feel are not being told the truth about Covid.”

Mr Filipkowski has been critical of other Republicans before. He worked with the anti-Trump Lincoln Project, which supported the election of Joe Biden in the 2020 election. He also appeared in a video from the Centre for American Progress Action Fund in which he opposed Donald Trump’s re-election and accused the president of politicising the military and for having a “very strong, authoritarian streak”.

Mr Filipkowski is a Marine veteran.

Don't Miss it Coronavirus News: More than 104,000 Americans hospitalized
Up Next Merkel gets emotional in speech | DW News