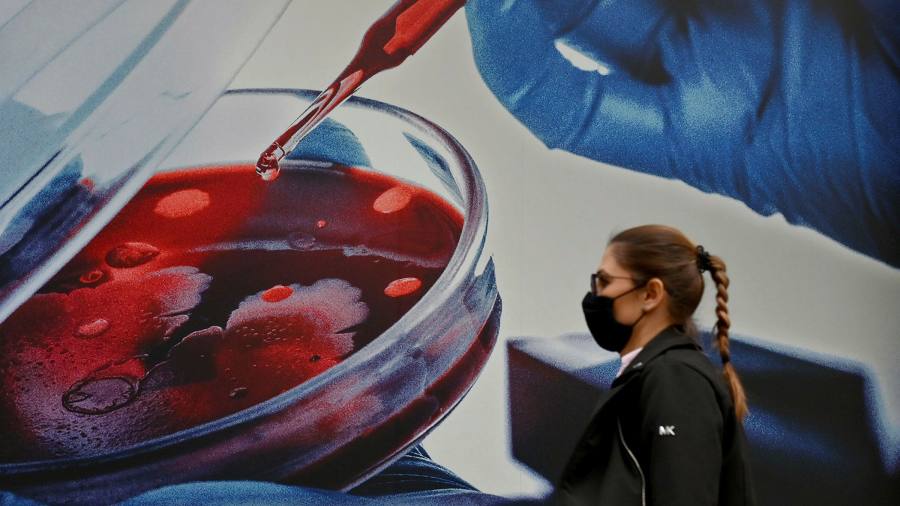 The US took a step closer to approving the Pfizer/BioNTech Covid-19 vaccine on Thursday, after a committee of experts recommended that the Food and Drug Administration grant it an emergency authorisation.

The majority of scientists on the Vaccines and Related Biological Products Advisory Committee agreed that the benefits of the Pfizer/BioNTech vaccine outweighed its risks for use in people 16 years of age and older. After an occasionally heated debate, 17 members voted in favour, while four voted against and one abstained.

The vote clears the way for a final decision from the FDA, which could come in the “next couple of days”, according to Marion Gruber, the director of the FDA’s vaccine research office.

Stephen Hahn, the head of the FDA, said on Twitter that the agency’s staff “feel the responsibility to move as quickly as possible” on the emergency use authorisation. But he added that “they know they must carry out their mandate to protect the public health & ensure any authorised vaccine meets our rigorous safety and effectiveness standards”.

Albert Bourla, Pfizer’s chief executive, said the company was pleased with the “strong majority result” and was “ready to bring this vaccine to people in the US in an effort to help combat this devastating pandemic.”

There’s a lot of missing data. We don’t have good data on effectiveness on the thing that really matters, which is severe disease

The vaccine has been authorised in the UK, Canada, Bahrain and Saudi Arabia.

The FDA earlier this week said trial data backed up Pfizer’s assertion that its vaccine had an efficacy rate of 95 per cent on average, and began working about 10 days after the first of two doses had been administered.

Committee members largely agreed that the data suggested the potential benefits of finally beginning to curb the pandemic outweighed the potential safety risks of administering the vaccine.

But some members raised concerns about a range of issues, including the relatively short length of the human trial so far, as well as the potential side-effects for people with allergies or pregnant women.

Oveta Fuller, associate professor at the University of Michigan’s medical school, said: “We have no idea what putting a messenger RNA-lipid vaccine [the technology used by the Pfizer/BioNTech vaccine] does to people long term — it’s not been done before. And we’re going from 20,000 people who get this vaccine to millions who get this vaccine, with a very limited amount of risk assessment.”

Dr Fuller was one of the four members to vote against authorising the vaccine.

While members did not give reasons for their votes, one of the most contentious subjects was whether to give the vaccine to 16- and 17-year-olds, given the lack of safety data for that age group, and the fact they are unlikely to fall seriously ill with the disease.

Cody Meissner, paediatrics professor at Tufts University school of medicine said: “There are only 163 subjects [aged 16 and 17] who have been enrolled in the randomised trial, and we have heard that inflammatory response is higher in younger people than it is in the elderly. I think we need more information before we think about that.”

Sheldon Toubman, a healthcare lawyer on the committee, said there should be more time to collect data on the other groups, particularly on how the vaccine protects against serious Covid-19, because there were not large numbers in the placebo group.

“There’s a lot of missing data,” he said. “We don’t have good data on effectiveness on the thing that really matters, which is severe disease.”

But other members argued that the strong protection against mild disease shows it is likely to protect well against serious Covid-19.

The committee examined two cases of allergic reactions seen in the UK this week. One of the people had a prior history of food allergies.

The FDA has asked Pfizer to monitor for anaphylaxis — severe allergic reactions — as the vaccine is rolled out. The regulator said it is in conversations with the UK regulator and is considering adding more advice on the label of the vaccine.

Paul Offit, director of the Vaccine Education Center at the Children’s Hospital of Philadelphia, warned that the millions of people who suffer from allergies may be put off taking the vaccine, even if there is no real biological problem.

“This issue is not going to die until we have better data,” he said.

The meeting came as the pandemic’s toll on the US continues to worsen, with infections and hospitalisations hovering at record highs. The country on Thursday recorded a further 3,067 coronavirus deaths, according to Covid Tracking Project data, just one day after crossing the 3,000-mark for the first time.

Video: How the US will roll out the coronavirus vaccine