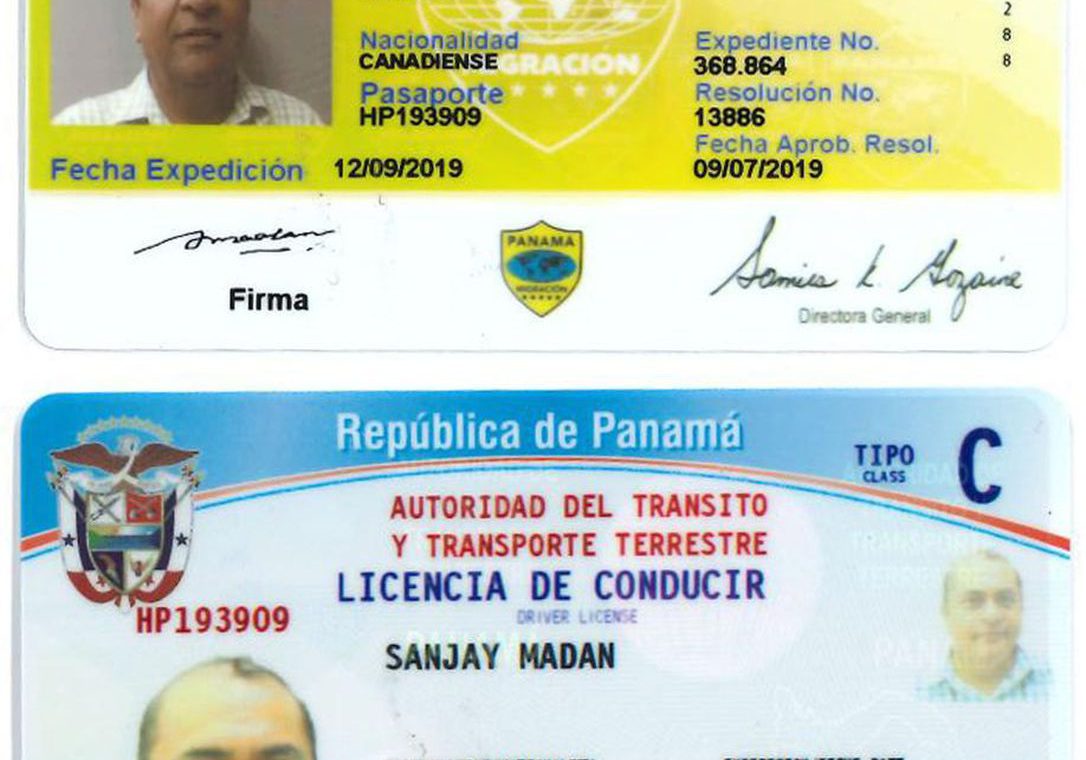 Investigators have discovered a Panamanian driver’s licence and a permanent resident’s card in the name of the Ontario bureaucrat who was fired after the alleged theft of $11 million in COVID-19 funds, the Star has learned.

They also allege that Sanjay Madan, who was terminated last month as the $176,608-a-year director of the Ministry of Education’s iAccess Solutions Branch, registered a company in Panama called Newgen Ventures Inc.

Newgen Ventures in turn is an owner of three properties in Waterloo, including a 109-bedroom student housing apartment complex that was still listed for sale last week for $7,999,900, the documents say.

The court records also say Sanjay Madan purchased two villas in Hyderabad, India in 2013 and two pleasure boats in 2017 and 2018.

According to documents filed with the Ontario Superior Court, the government alleges “some or all of” Sanjay Madan, his spouse Shalini Madan, their sons Chinmaya Madan and Ujjawal Madan, and their associate Vidhan Singh perpetrated “a massive fraud” to direct COVID-19 aid payments to hundreds of TD and Bank of Montreal accounts.

The allegations made by the province have not been proven in court.

Seven Ontario Provincial Police detectives are investigating the case, but no charges have been laid.

Through both his civil lawyer, Christopher Du Vernet, and his criminal lawyer, Stephen Hebscher, Sanjay Madan has not commented on the allegations.

New documents filed this week allege that KPMG auditors found evidence linking Sanjay Madan to Panama, a tax haven that does not have an extradition treaty with Canada.

“KPMG identified an image of a permanent resident card and driver’s licence for the Republic of Panama for Sanjay Madan in Sanjay Madan’s government email account,” the court documents allege.

Sanjay Madan received permanent resident’s status in Panama last year and his Panamanian license, which lists his nationality as Canadian, was issued on Sept. 13, 2019 and is good through 2023, according to the court filing.

That firm — of which Shalini Madan is an officer — and another company, Intellisources Inc., which lists the Madan family home has its head office, own three properties in Waterloo. Included among them is the apartment building listed for sale at 400 Albert St.

Rent from that student complex brings in $550,000 in income annually, according to real estate listings.

As previously disclosed by the Star, the government has obtained an injunction against the sale of a seven-bedroom house in North York and six condominium units owned by the Madans, as well as more than $1 million in profits from the September sale of a four-bedroom house.

The Waterloo properties were not part of that initial injunction, but are now also being frozen.

The government alleges $11 million was stolen from the Support for Families program, which gave parents $200 for each child up to age 12 and $250 for each special needs child and youth up to age 21 to offset pandemic-related education expenses.

It alleges Sanjay Madan “used his in-depth knowledge” as the information technology leader on the computer application “to direct an unauthorized rule change to allow for fraudulent … payments.”

Shalini Madan, was the $132,513-a-year manager of E-Ministries Support at the Ministry of Government and Consumer Services until being fired recently.

Their elder son Chinmaya Madan, who was technical product manager at the Ministry of Government and Consumer Services for three years before resigning in August, now works for Microsoft in Seattle.

The couple’s younger son, Ujjawal Madan, a student at the Georgia Institute of Technology in Atlanta, worked as a government contract employee on his father’s information technology team.

As well, KPMG investigators allegedly “identified two agreements of purchase and sale in Sanjay Madan’s government email account related to the apparent purchase of two villas in Hyderabad, India in 2013.”

“Sanjay has a historical and cultural link to the Republic of India and it appears that he may possibly have commercial and property interests there,” the documents allege.

“KPMG identified a loan document indicating that Sanjay had a personal loan with a bank located in India in the amount of 97.7 million rupees (approximately $1.75 million). The address indicated on the loan document appears to match the address of a hotel in New Delhi, India.”

Only the Madan’s youngest son has said anything publicly about the probe.

“I cannot comment at this time. It’s not a good time,” Ujjawal Madan told the Star last month.

Their associate Singh, who is alleged to have received 170 support payments worth $42,500 to 30 new Bank of Montreal accounts opened in June, has also not been available for comment through his lawyer, Christoph Pike.

In a separate affidavit given last Monday, Sanjay Madan asked the court to free up some of the frozen funds in order to pay for the families’ legal expenses, including proceeds from a Deerling Crescent home he sold Sept. 29.

“I owned the house at … since I purchased it on Jan. 1 2016, using my own funds. This date is long before any date on which the (government) alleges that I committed an alleged fraud,” he said in the affidavit.

For the civil matter, the entire family is represented by Christopher Du Vernet, which will initially cost each of them $75,000 for a total of $225,000.

“I have agreed to use the funds generated by the sale of … (the Deerling Crescent house) to fund these criminal and civil counsel budgets for my sons and wife,” Sanjay Madan said in the affidavit.

Robert Benzie is the Star’s Queen’s Park bureau chief and a reporter covering Ontario politics. Follow him on Twitter: @robertbenzie

Don't Miss it India readies for 60 crore Covid-19 vaccine doses; to use standard cold storage
Up Next FDA authorizes Pfizer’s COVID-19 vaccine for emergency use