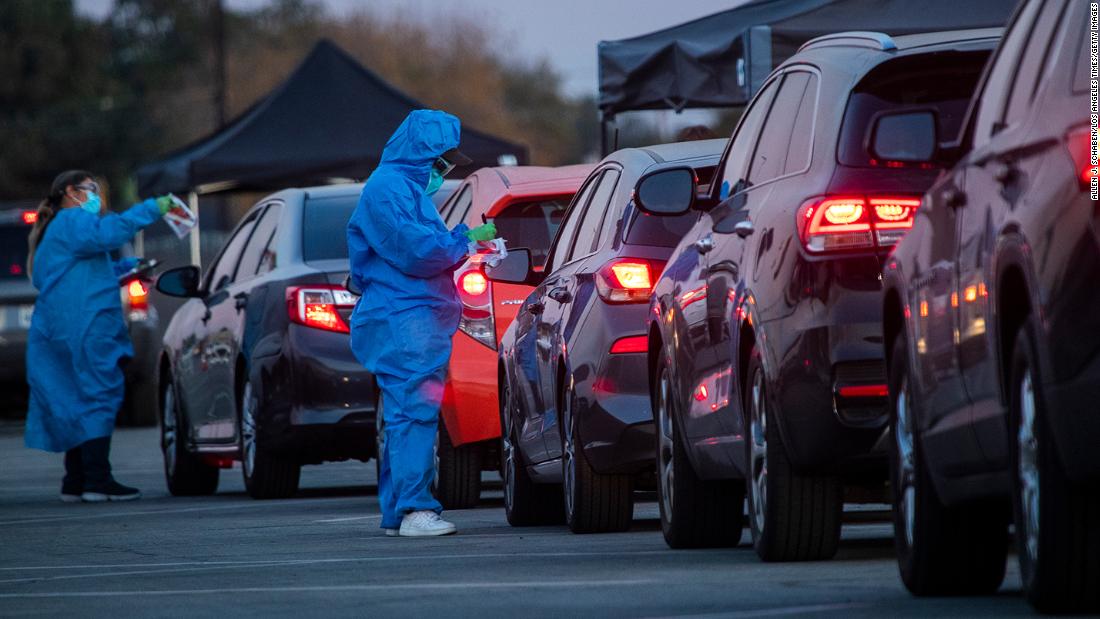 Key players in the vaccine decision process have been told to expect the US Food and Drug Administration to issue an emergency use authorization for Pfizer/BioNTech’s vaccine by Saturday, according to a federal government source close to the situation.

The EUA would allow shipping to begin, but shots still can’t be administered until the CDC’s Advisory Committee on Immunization Practices (ACIP) meets and recommends the vaccine.

Dr. Amanda Cohn of the ACIP said that she expects the FDA to issue the emergency use authorization by 10 a.m. Saturday.

“We do anticipate that it is likely,” she said.

If the FDA decision comes after that time, then the AICP meeting will probably take place Sunday.

Cohn’s comments come a day after a panel advising the FDA recommended the agency grant an emergency use authorization for the vaccine.Once the FDA authorizes vaccine use, Operation Warp Speed — the federal government’s initiative to develop a vaccine — can start distributing the vaccine to states.

Health and Human Services Secretary Alex Azar told ABC that the FDA would work with Pfizer to get the vaccine shipped “so we could be seeing people get vaccinated Monday, Tuesday of next week.”

Governors are prioritizing who would get the vaccines first in their states. Healthcare workers and the most vulnerable, including residents of long-term care facilities, are expected to be first in line.

While the country anxiously awaits the first Covid-19 vaccine authorization, local and state leaders are responding to rising case rates by ramping up or extending social restrictions.

Outdoor dining and takeout may continue, he added.

Ohio Gov. Mike DeWine announced Thursday the state is extending its statewide curfew until January 2, saying officials believed the curfew so far, along with face masks, have had an impact.

In Rhode Island, the governor extended a statewide “pause” on reopening one more week, saying the situation in the state was “getting scary.”

“In this crisis, we continue to lose Rhode Islanders every day and my heart goes out to each and every one of you who are struggling to get through this pandemic,” Gov. Gina Raimondo said Thursday. “Let’s stick to staying at home and honoring the pause one more week.”

In Florida, Miami said it will again enforce Miami-Dade County’s nightly curfew, starting this weekend, in response to a surge in coronavirus cases.

The county implemented the midnight-to-6 a.m. curfew earlier this year, but the city stopped enforcing it in October.

While a green light for a Covid-19 vaccine will offer hope, leading experts have warned the worst days of the pandemic are still ahead for the US. More case surges are likely to take shape as a result of Thanksgiving travels, and future holiday gatherings could drive numbers even higher, they say.

• The US has averaged 210,201 new official Covid-19 cases daily over the past week — the highest average ever recorded for the country, according to Johns Hopkins University data.

• The US on Thursday set another record for the number of Covid-19 patients in hospitals on a given day, at more than 107,200, according to the COVID Tracking Project.

• The county’s average number of deaths reported daily across a week was 2,259 Thursday, just below a pandemic peak reported a day before.

• This week also saw the most coronavirus deaths reported by the US in one day — 3,124, on Wednesday.

“We are in the time frame now that probably for the next 60 to 90 days, we’re going to have more deaths per day than we had in 9/11,” CDC director Dr. Robert Redfield said. “This is going to be a real unfortunate loss of life, as all that we’ve had so far, and the reality is the vaccine approval this week is not going to really impact.”

A CNN analysis of newly released data from the US Department of Health and Human Services showed that at least 200 hospitals across the US were at full capacity last week. And more than 90% of ICU beds were occupied in a third of all hospitals.

A timeline for the future

The US has been supporting the development of six other coronavirus vaccines besides the one from Pfizer and BioNtech.

One of them, from Moderna, may be in line for an emergency use authorization later this month. The FDA advisory panel is set meet next week to consider whether to recommend this.

Another, from GlaxoSmithKline and Sanofi Pasteur, will be delayed until at least late 2021 after interim results showed “insufficient immune response” in the elderly, the companies said Friday.

Azar told ABC on Friday that the GSK/Sanofi delay won’t affect the United States’ expectation about how many Americans will be vaccinated by early 2021.

“We’re looking at 20 million Americans being vaccinated just in the next coming weeks (and) up to 50 million total by the end of January,” he told ABC. “We believe we could have 100 million actual vaccinations in arm by the end of February.”

Hospital systems and pharmacies are preparing to administer vaccines to healthcare workers and residents of long-term care facilities, respectively.

At Chicago’s Rush University Medical Center, 10 vaccination stations have already been set up in a hallway, with temporary partitions. Hospital staff would get their Covid-19 vaccines there when doses arrive.

“I just feel like it’s a beginning of the end of this crazy pandemic, and it’s … nice to see it, frankly,” an RUMC respiratory therapist, Brady Scott, told CNN Friday. “It feels like a moment (where) we’re going to turn the curve and we’re going to get back to normal.”

It’s likely the US won’t see any meaningful, widespread impacts from vaccinations until well into 2021. But just how quickly the country can recover depends on how quickly Americans get vaccinated — and how many people are willing to get the vaccine.

“If we have a smooth vaccination program where everybody steps to the plate quickly, we could get back to some form of normality, reasonably quickly. Into the summer, and certainly into the fall,” Dr. Anthony Fauci, director of the National Institute for Allergy and Infectious Diseases, told CNN Thursday.

“My hope and my projection is that if we get people vaccinated en masse so that we get that large percentage of the population, as we get into the fall, we can get real comfort about people being in schools, safe in school — be that K-12, or college,” he added.

Don't Miss it Coronavirus: What’s happening in Canada and around the world Friday
Up Next Federal Government deficit hits record high of $86b as coronavirus devastates the economy | ABC News