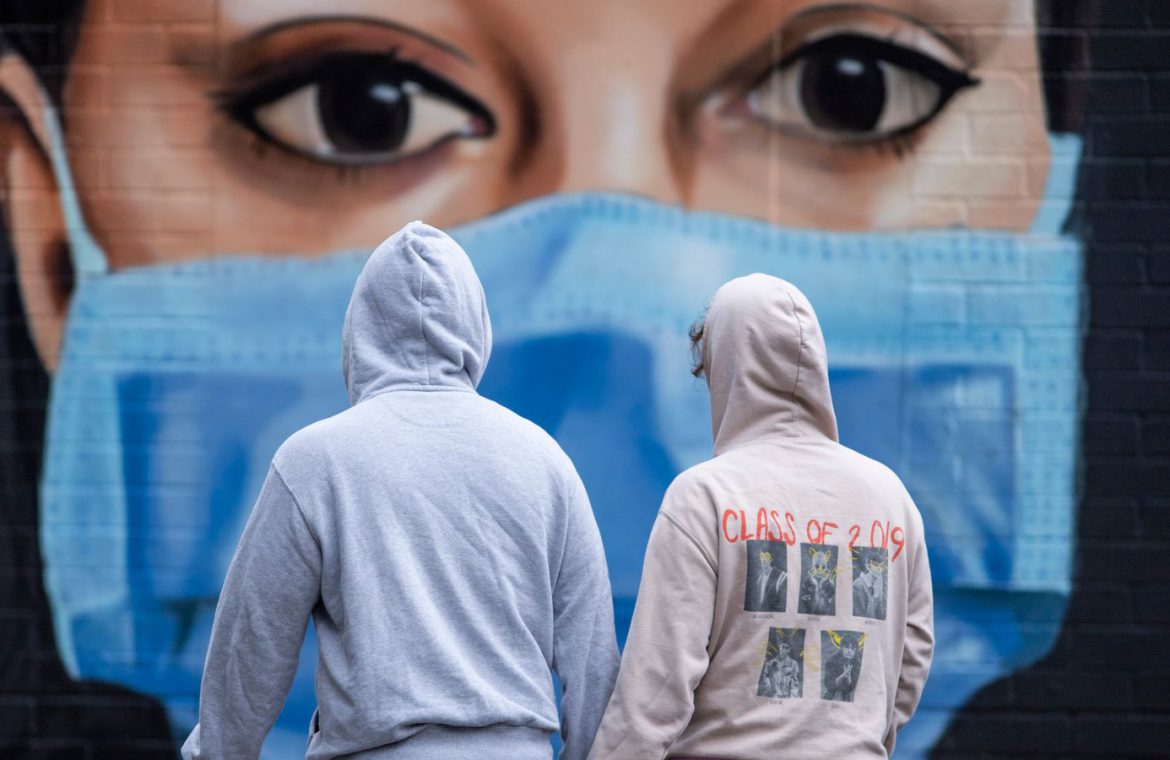 Sadiq Khan is urging the government to consider asking London’s schools and colleges to close early and reopen later in January because of “significant” coronavirus outbreaks among 10 to 19-year-olds.

In a letter to the prime minister, the mayor of London said “urgent consideration must… be given to closing secondary schools, sixth form and FE colleges a few days early and keeping them closed for longer after Christmas”.

It comes as primary and secondary schools across Greenwich in southeast London are being forced to close and move classes online amid “exponential growth” of the pandemic.

A spokesman for Mr Khan said: “It is London secondaries and colleges we are talking about in our letter [to the prime minister].

“What Greenwich call for is a matter for them locally. Sadiq of course shares their concerns – they are doing this to try to halt the spread of infections in their area”.

But Labour’s shadow Cabinet Office minister Rachel Reeves told Sky News the party nationally was against schools shutting, saying they should be the “last thing to close after everything else”.

This was echoed by Labour leader Sir Keir Starmer, who told an LBC radio phone-in that he was “very reluctant” to see them shut.

Asked what he would say to Mr Khan, Sir Keir said: “Talk to the health secretary about what we can do this week to keep schools open, try to keep them open this week.”

He did suggest bringing an extra inset day forward from the new year, saying it would be “smart” for schools to close a day earlier than planned.

But Mr Khan said the recent spike in COVID-19 cases across the capital was “deeply concerning” and needs further government action.

He wrote to Boris Johnson on Sunday requesting regular testing for people unable to work from home, as well as for students and staff at secondary schools and colleges.

He said face coverings should be made mandatory in busy outdoor public spaces because of the Christmas increase in shoppers.

“The surge in coronavirus cases across our capital is deeply concerning,” Mr Khan said.

“I am calling on the government to urgently provide additional support to get the spread under control, save lives and livelihoods and ensure our NHS is not overwhelmed this winter.”

He added: “Increased testing is key to this, which is why I want to see regular asymptomatic testing extended to all those unable to work from home and to students and staff at London’s secondary schools, sixth-form college and FE (further education) colleges.”

Mr Khan suggested that all schools and colleges should be given “priority testing”.

He also warned that moving London from Tier 2 to Tier 3 would have a “catastrophic” economic impact on businesses, putting “hundreds of thousands of livelihoods at stake”.

Image:
Mr Khan says schools and colleges should be given ‘priority testing’

The government review of all England’s tiers takes place on 16 December.

Mr Khan also asked the prime minister for a business compensation scheme to be put in place for lost income during the Christmas period.

He said the current support was “insufficient” to support many businesses and the self-employed.

“Time is running out to get the virus under control in our city which is why I urge the government to heed my call and provide us with the extra support we desperately need,” Mr Khan said.

The latest data by Public Health England showed there was an increase in COVID-19 case rates in every borough of London in the seven days to 9 December.

Latest figures show that the borough of Havering has the highest coronavirus rate in London, with 1,314 new cases recorded in the seven days to 9 December.

Don't Miss it US Launches Coronavirus Vaccine Distribution, First Inoculations Possibly Monday     | Voice of America
Up Next Student mental health: Depressed and living in a bubble of one – BBC News