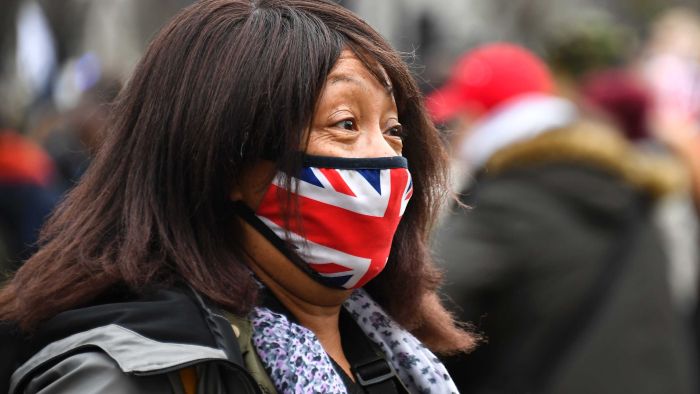 London will move into the strictest tier of England’s regional lockdown system on Wednesday after coronavirus rates in the capital soared to among the highest in the nation.

Key points:Greater London and parts of Essex and Hertfordshire will be placed under Tier 3 restrictions from WednesdayPubs and restaurants will be forced to close unless they offer takeaway or deliveryIt was also announced a new strain of coronavirus had been identified in England

All pubs and restaurants will shut unless they offer takeaway services when Greater London moves into Tier 3, or Very High Alert, but shops, schools and gyms will remain open.

Parts of Essex and Hertfordshire will also move into the top tier and join large areas of England’s north that went straight into Tier 3 when the month-long national lockdown ended just two weeks ago.

UK Health Secretary Matt Hancock said the Government had to “act now to shift the curve” ahead of the fortnightly tier review date that was set down for December 16, with reviews expected to be weekly from now on.

Catch up on the main COVID-19 news from December 14 with our coronavirus blog.

“I know this is difficult news, and I know it will mean plans disrupted, and that for businesses affected, it will be a significant blow,” he told Parliament.

“But this action is absolutely essential, not just to keep people safe, but because we’ve seen early action can help prevent more damaging and longer lasting problems later.”

Despite the country’s most populous area moving into the highest restrictions, up to three different households will still be able to mix together indoors at homes during a UK-wide easing of restrictions over the Christmas break between December 23 and December 27.

London was one of the first parts of the country to be hit by coronavirus during the initial March-to-May peak, but until recently a second wave has been more concentrated in northern and central England.

Data published last week showed case rates per 100,000 people in London stood at 191.8, putting the city ahead of regions that have stricter rules in place, such as the West Midlands.

Mr Hancock also announced that a new coronavirus variant had been found in the past few days that could be connected to a surge of cases in England’s south.

Households will still be able to meet for Christmas under temporarily eased restrictions.(AP: Alberto Pezzali)

Over 1,000 cases were identified, Mr Hancock said, adding that it was unlikely the mutation would not respond to vaccines.

“Initial analysis suggests that this variant is growing faster than the existing variants,” he said.

“I must stress at this point that there is currently nothing to suggest that the variant is more likely to cause serious disease, and the latest clinical advice is that it’s highly unlikely that this mutation would fail to respond to a vaccine.”

Don't Miss it Covid-19 vaccine: first US doses given to frontline workers – live | US news
Up Next South Florida healthcare workers get first coronavirus vaccines