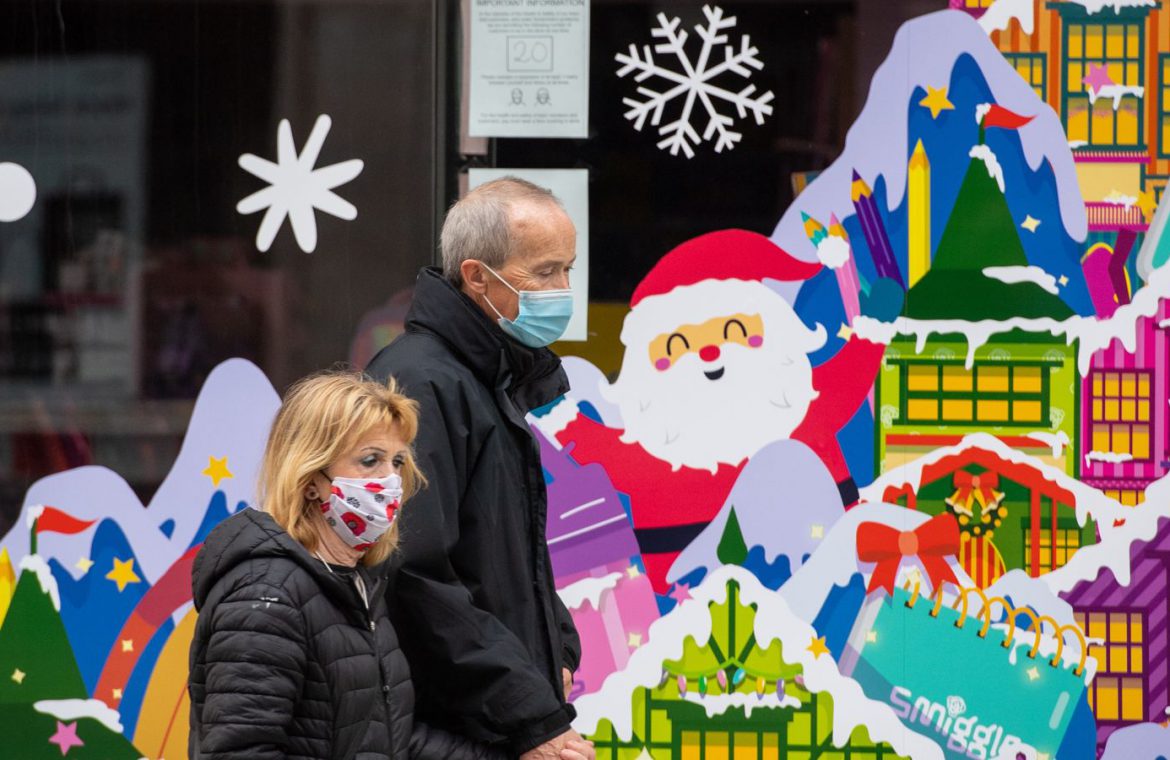 Cabinet Office minister Michael Gove will speak with the devolved nations later this afternoon about next week’s relaxation of coronavirus rules over Christmas.

The call is expected to take place at around 5pm, it is believed.

Sky News understands that potential alternative options that could emerge include:

Under plans agreed with the devolved administrations of Scotland, Wales and Northern Ireland, up to three households will be able to form a “Christmas bubble” and meet between 23 and 27 December.

But the government is facing growing calls to rethink its relaxation of restrictions over the festive period, amid rising infection rates in some parts of the country.

Health Secretary Matt Hancock told MPs on Monday that the last week had seen “very sharp, exponential rises in the virus across London, Kent, parts of Essex and Hertfordshire”.

In a sign that there might be resistance towards a change in approach among the devolved nations, Wales’ First Minister Mark Drakeford described the four nations approach to Christmas as a “hard-won agreement” and said he will “not lightly put it aside”.

Scotland’s First Minister Nicola Sturgeon told MSPs that the devolved nations are considering “whether there should be any change” to the festive relaxation.

Health Minister Robin Swann declined to speculate ahead of the talks, telling the Northern Ireland Assembly: “We’ll wait to see the outcome of that meeting and what it recommends.”

Labour leader Sir Keir Starmer has urged Boris Johnson to think again, a call that has been echoed by London mayor Sadiq Khan.

The Government has lost control of infections, putting our economy and our NHS at grave risk.

The Prime Minister must convene COBRA to review whether the planned relaxation of restrictions is appropriate.

The priority must be to allow people to celebrate Christmas safely. pic.twitter.com/AZxKWXTosP

In a letter to the prime minister, Sir Keir said that while he understood that people will want to spend time with their loved ones after an “awful year”, the situation has “clearly taken a turn for the worse since the decision about Christmas was taken”.

And Mr Khan told Sky News: “What I’d say to the government is I’m not sure you’ve got it right, in fact I’m sure you haven’t got it right in relation to the relaxations over Christmas.”

Two prominent medical journals have said ministers should “follow the more cautious examples of Germany, Italy and the Netherlands” and not relax the rules.

Govt ‘not right’ on Xmas rules

In a rare joint editorial, the British Medical Journal and Health Service Journal said the government should “reverse its rash decision to allow household mixing and instead extend the tiers over the five-day Christmas period”.

The government is “about to blunder into another major error that will cost many lives”, the journals warned.

Speaking at a regular briefing with journalists earlier, the PM’s spokesman said it remained the government’s “intention” to allow up to three households to mix over Christmas.

‘Balance to be struck’ over Christmas guidelines

The spokesman said the data will be kept “under constant review”, but ministers wanted to “give families and friends the option to meet up”.

Conservative MP and former minister Mark Harper, who chairs the COVID Recovery Group (CRG) of Tory lockdown sceptics, has suggested that MPs should get a vote if they government opts to change the Christmas restrictions.

Raising a point of order in the Commons, he said: “Am I right in thinking, Madam Deputy Speaker, given the regulations governing Christmas were voted on explicitly by this House that if there were any proposal to change them then that decision should not be one just for ministers, but it should be brought back to this House for a vote to take place on it before Christmas?”

Deputy Speaker Dame Rosie Winterton replied: “As I understand it, the ministers may well have the power to change the Christmas regulations without coming back to the House.

“They have taken that power. Obviously you’ve expressed a point of view that it would be desirable if they were to come back, but as I understand it they do have the power to vary them if they feel it is appropriate.”

Don't Miss it Inside Victoria’s intensive care units as they work to keep coronavirus patients alive | 7.30
Up Next Coronavirus: Latest developments in the Greater Toronto Area on Dec. 15