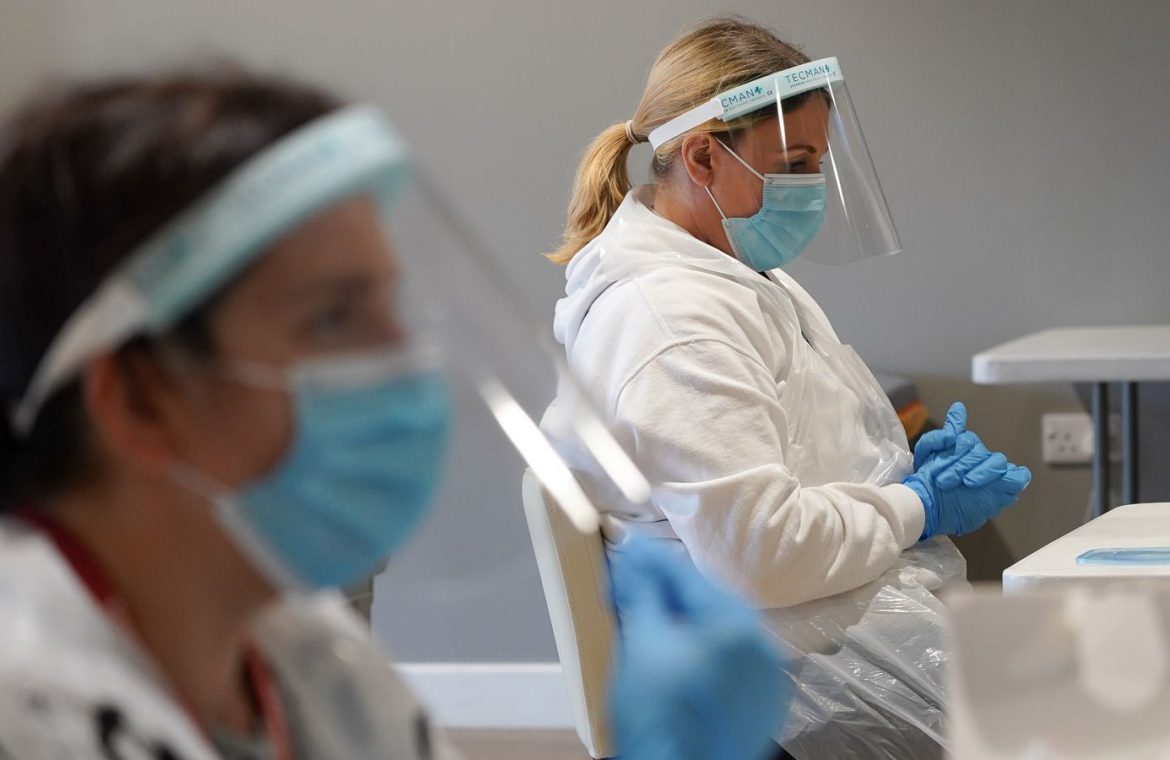 The number of cases and deaths per nation are as follows:

According to the latest REACT-1 study by Imperial College London and Ipsos MORI, coronavirus cases have levelled off after falling during the second lockdown in England.

Cases had fallen by around 30% during the second half of November – when the nation was in lockdown – but stopped their downward trend in the final days of the study.

Experts believe this has been driven by clusters of cases in some regions, such as London and the South East, and in age groups such as schoolchildren.

Rates of infection have been rising in the capital, which now has the highest seven-day infection rate in England.

London and parts of Essex and Hertfordshire are being moved into Tier 3 on Wednesday morning as ministers became alarmed by the rapid increase in cases.

Despite the uptick in cases in some areas, this is yet to be reflected in the number of deaths with COVID-19 – which tends to lag behind other indicators.

Registered weekly deaths involving COVID-19 in England and Wales have fallen for the first time in three months, according to the latest data from the Office for National Statistics (ONS).

This is based on the week ending 4 December – when the second lockdown in England was lifted – with 2,835 deaths recorded with COVID on the death certificate, a fall of 205 from the previous week.

Meanwhile, the UK government and devolved nations are set to hold talks on Tuesday afternoon after facing political pressure to row back on the agreed Christmas rules.

Under the current plans, three households can meet in a “Christmas bubble” between 23 and 27 December.

Labour leader Sir Keir Starmer and London Mayor Sadiq Khan have both urged the government to reconsider the plans after NHS doctors warned of a third wave of cases.

But Welsh First Minister Mark Drakeford said he will “not lightly put aside” the “hard-won agreement” by the four nations.

“People who live entirely alone, who have made arrangements to be with people for the first time, they say to me that this is the only thing that they have been able to look forward to in recent weeks,” he said.

“And yet we know, if people do not use the modest amount of additional freedom available responsibly, then we will see an impact of that on our already hard-pressed health service.”

Don't Miss it Coronavirus: More than 600,000 deaths | The World
Up Next Manitoba passes 500 deaths from COVID-19 as 9 more announced Tuesday