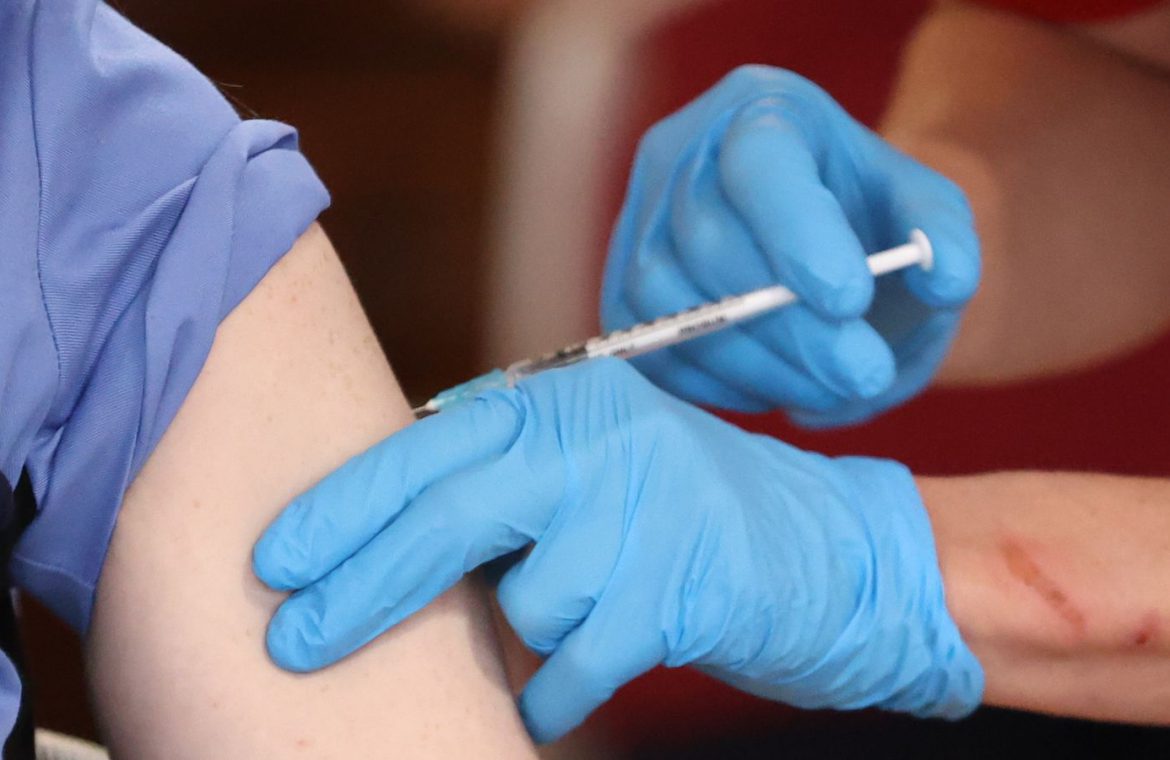 Vaccinating the entire UK population against COVID-19 could take up to a year, even with no interruptions, leading scientists have said.

Sir Jeremy Farrar, director of the Wellcome Trust and a member of the Scientific Advisory Group for Emergencies (SAGE), said the scale of the vaccination programme “should not be underestimated”.

He issued the warning in the journal Anaesthesia together with Professor Tim Cook, a consultant in anaesthesia and intensive care.

They wrote: “1,000 vaccination centres each vaccinating 500 people a day for five days a week, without interruptions of supply or delivery, would take almost a year to provide two doses to the UK population.

“No country has mounted a whole population vaccination campaign in living memory and it will need to be undertaken with local leadership and cultural sensitivity.”

The scientists acknowledged that the rapid development of vaccines in response to the COVID-19 pandemic was a “remarkable achievement”, but said the country had a long way to go.

Around 20% of the UK population may decline getting the vaccine, but the authors said that if 80% of people have the jab, “there would finally be the prospect of a degree of population (herd) immunity”.

This would “reduce virus transmission in the community to very low levels and protect both those who are vaccinated and those who are not”.

The authors added: “In contrast to population immunity following natural infection, this would be achieved without the cost of an estimated half a million UK deaths.”

They also suggested that early vaccines may prevent serious illness rather than stop the virus being passed on.

The scientists said that vaccines will not be “a final solution to COVID-19”.

“This is now a human endemic infection, which will not disappear, and like all infectious diseases, we will need to learn to mitigate its impact through adapting our behaviour and access to diagnostics, treatments and vaccines,” they said.

The UK became the first country in the world to approve the Pfizer/BioNTech vaccine on 2 December.

Image:
Margaret Keenan was the first patient in the UK to receive the Pfizer jab outside a trial

On Monday, vaccination centres run by local doctors in more than 100 locations across England had the Pfizer jab delivered to them in the latest phase of the UK’s vaccine rollout programme.

NHS staff including nurses and pharmacists will work alongside GPs to inoculate patients and the vaccination centres are operating from existing doctors’ surgeries or community hubs.

Grandmother-of-four Margaret Keenan was the first person in the UK to receive the Pfizer vaccine outside a trial last week, declaring it a “privilege”.