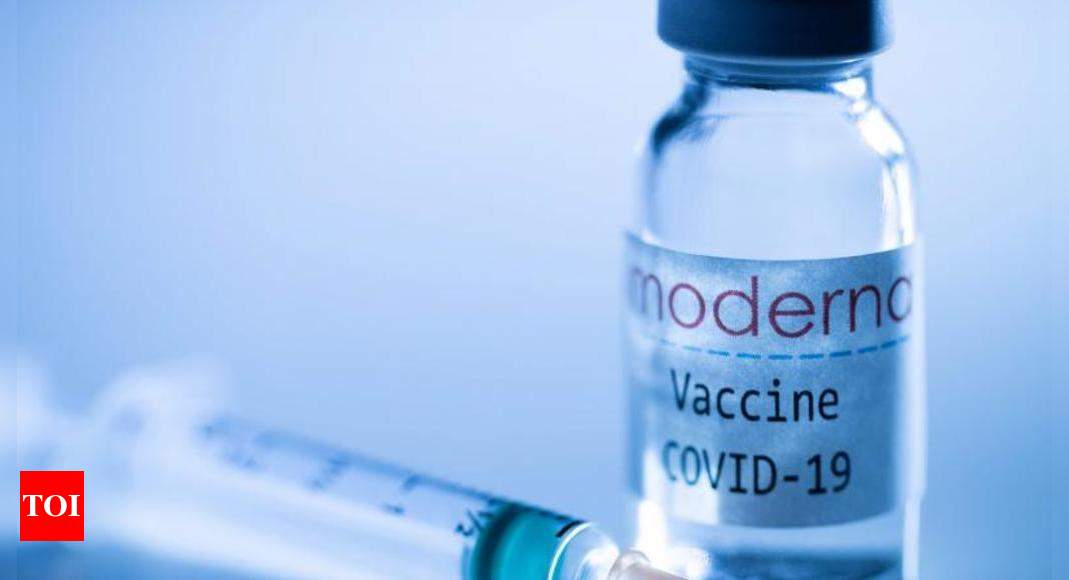 WASHINGTON: The coronavirus vaccine by biotechnology company Moderna is highly protective and prevents severe Covid, new data has shown that could pave the way for the vaccine to get emergency authorisation by federal regulators this week and eventual roll-out across the country.
A report in The New York Times said The Food and Drug Administration (FDA) intends to authorise use of the Moderna vaccine on Friday, a decision that would give millions of Americans access to a second coronavirus vaccine beginning as early as next week.
The Moderna news comes just a day after America began the first vaccinations of doses shipped by Pfizer and BioNTech, bringing “healing” to millions of people across the country, which has been the hardest hit by the pandemic and has lost 300,000 people to the coronavirus.
The NYT report said the review by the FDA confirms Moderna’s earlier assessment that its vaccine is 94.1 per cent effective in a trial of 30,000 people.
The agency said side effects from the vaccine, including fever, headache and fatigue, were unpleasant but not dangerous.
“The success of Moderna’s vaccine has become all the more crucial to fighting the pandemic as other vaccine efforts have faltered. The hopeful news arrives at a time of record-breaking numbers of coronavirus cases that are overwhelming hospitals and of an ever-increasing death toll, which reached a bleak milestone of 300,000 on Monday,” the report said.
Data release of the Moderna vaccine is the first step of a public review process that will include a daylong meeting this week by an independent advisory panel of experts.
They will hear from Moderna, FDA, scientists and the public before voting on whether to recommend authorisation. The panel is expected to vote yes, and the FDA generally follows the experts’ recommendations, the NYT report said.
Following the go-ahead by the FDA, distribution of about six million doses of the Moderna vaccine could begin next week, significantly adding to the millions of doses already being shipped by Pfizer and BioNTech.
The US government had signed deals last summer with Moderna and Pfizer to deliver a total of 200 million doses in the first quarter of 2021. Both vaccines require two doses and those contracts guaranteed enough doses for 100 million people.
Last week the US government announced that it had purchased another 100 million doses from Moderna for the second quarter, increasing the number of Americans who can be vaccinated to 150 million, the NYT report said.
Both vaccines will be provided to the public free of charge.
The report added that Moderna’s vaccine worked equally well in white volunteers and in communities of colour and there was also no significant difference between its protection for men and women, or between healthy volunteers and those at risk of severe Covid-19 who had conditions like obesity and diabetes.
For people 65 and older, the trial provided an estimated efficacy of 86.4 per cent, lower than the overall estimate of 94.1 per cent, it said.
However, during the Moderna trial, three vaccinated participants developed a form of temporary facial paralysis called Bell’s palsy, while one participant with the placebo also experienced it, the NYT report added.

Don't Miss it Stocks flirt with records ahead of Pelosi, McConnell COVID-19 stimulus mtg.
Up Next Fears of 'lockdown baby boom' in Philippines – BBC News