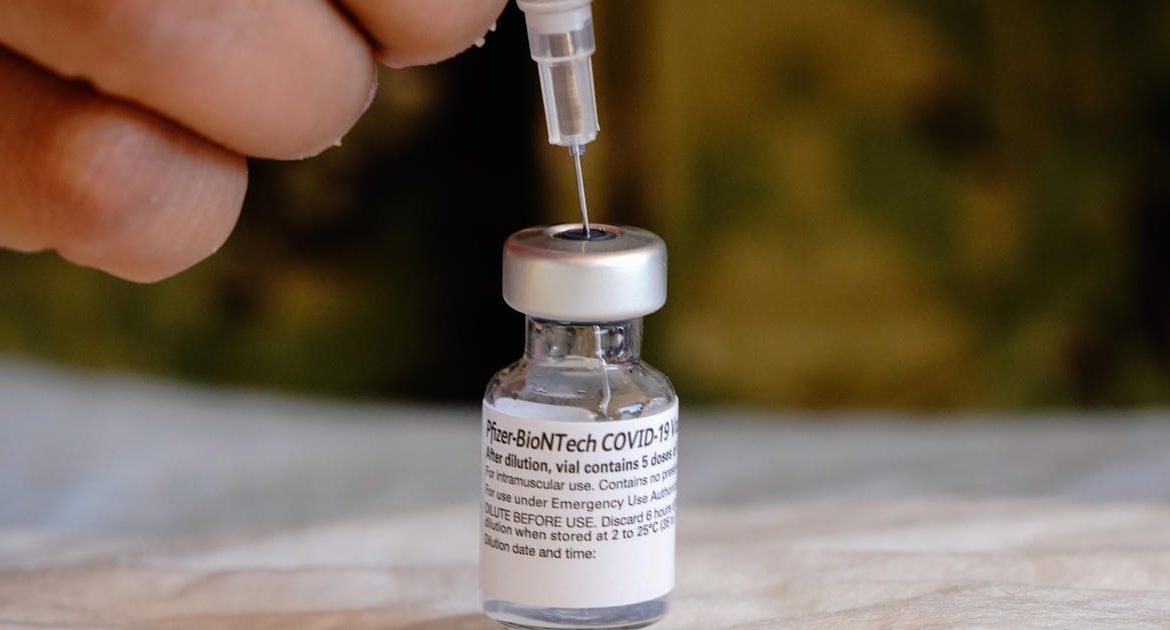 One health care worker in Alaska experienced a serious allergic reaction and was hospitalized after taking Pfizer’s COVID-19 vaccine, state officials said Wednesday. The worker, who is middle-aged and had no previous history of allergies, had stabilized with treatment but was being kept in a Juneau hospital to be monitored for another day.

The worker received the vaccine Tuesday at Bartlett Regional Hospital. Ten minutes after taking the vaccine she “showed signs of an anaphylactic reaction, with increased heartbeat, shortness of breath and skin rash and redness,” according to Dr. Lindy Jones, the emergency room director at Bartlett. “She was given epinephrine and Benadryl, admitted to the hospital, and put on an intravenous epinephrine drip. Her reaction was serious but not life threatening.”

“During the whole time, she was still enthusiastic that she got the vaccine and the benefits that it would give her in the future,” Jones said. The hospital’s statement said she was “still encouraging her colleagues to get the vaccine.”

A second health care worker, a male, suffered a less-serious allergic reaction to the vaccine at the same hospital on Wednesday. Ten minutes after getting the injection, the man experienced “eye puffiness, light headedness, and scratchy throat,” Bartlett hospital said in a statement. “His reaction was not considered anaphylaxis.”

“He felt completely back to normal within an hour and was released,” after treatment in the emergency department with epinephrine, Pepcid and Benadryl, according to the hospital, which noted: “He too does not want his experience to have a negative impact on his colleagues lining up for the vaccine.”

The hospital’s Infection Preventionist, Charlee Gribbon, who is in charge of the staff vaccination program, said Bartlett had been “expecting these things and we had all the right systems in place.”

The hospital confirmed that 144 members of its staff had been vaccinated as of Wednesday evening, of a total of about 400 who had requested it. Data on the two allergic reactions was being shared with the national Centers for Disease Control and Prevention (CDC).

So far the two Bartlett workers have been the country’s only cases of allergic reactions to the Pfizer vaccine, according to Dr. Jay Butler, the CDC’s deputy director for infectious diseases.

The FDA authorized Pfizer’s vaccine for emergency use after clinical trials showed the shot was almost 95% effective at preventing COVID-19 infection in adults between the ages of 18 and 64. None of the 44,000 participants in the Phase 3 clinical trial experienced any significant adverse reactions.

Dr. Fauci on road ahead with COVID vaccine

Dr. Anthony Fauci, in a CNBC interview, reminded viewers that vaccine safety goes “beyond the confines” of clinical trials. “Once you decide to dispense the vaccine widely you’re talking about millions and tens of millions and ultimately hundreds of millions of doses. So, you may see reactions that you didn’t see in the clinical trials,” he said Wednesday.

Last week, British health officials warned that people with a history of “significant” allergic reactions to vaccines, medicine, or food should not be given Pfizer’s vaccine. Two health care workers there experienced “adverse reactions” after taking the drug.

“We expected that a side effect like this could occur after reports of anaphylaxis were made in England after people there received the Pfizer-BioNTech COVID-19 vaccine,” Alaska’s chief medical officer, Dr. Anne Zink, said in a statement Wednesday. “All sites that are approved to provide vaccinations in Alaska must have medications on hand to deal with an allergic reaction and that was the case in Juneau.”