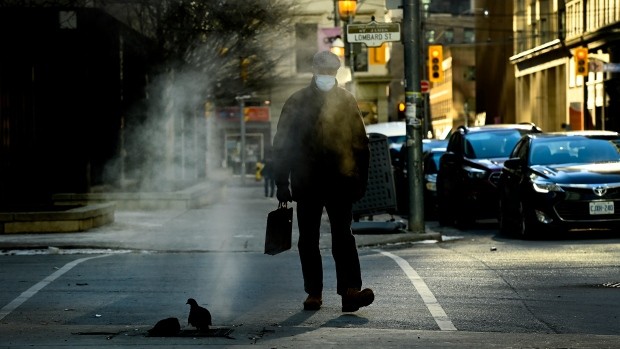 TORONTO —
Canada has now recorded more than half a million cases of COVID-19 since the beginning of the global pandemic, adding more than 100,000 cases in the last two weeks.

The grim milestone came after Saskatchewan reported 252 new cases of the disease today, bringing the national tally to 500,242.

The country’s caseload has been rapidly accelerating during the second wave of the pandemic, prompting several provinces and regions to issue new lockdown measures ahead of the holiday season.

Comparatively, it took six months for Canada to record its first 100,000 cases of COVID-19 and four months to reach the 200,000 threshold.

The new benchmark takes place at a pivotal point in the Canadian pandemic. This week, the first COVID-19 vaccines were injected into the arms of Canadians, with federal officials pushing manufacturers to accelerate shipments.

But Prime Minister Justin Trudeau warned Friday that vaccines won’t reach the broader population fast enough for a Christmas miracle, urging Canadians to limit the size of their holiday celebrations as calls for broader lockdowns grow.

“As much as many of us want to see our loved ones this Christmas … we also want to be able to see them and give them big hugs next Christmas,” Trudeau told reporters.

“Keep things in your household this Christmas. I do expect to see a significant bump in cases after this. Whatever we can do to, keep our contacts low in the next couple of weeks is really going to affect in a positive way the outbreak over the course of the next couple months,” said Chakrabarti.

With the average caseload rising at an average of more than 6,650 infections reported daily over the past seven days, Canada’s chief public health officer, Dr. Theresa Tam, has called for stricter measures across the country “as soon as possible” to deter holiday gatherings.

Tam noted that the number of people experiencing severe illness is also on the rise, with an average of 4,000 patients being treated in hospital over the past week, including 650 in critical care and 115 deaths reported each day.

Dr. Hassan Masri, an ICU physician and associate professor of medicine at the University of Saskatchewan, said it’s becoming tougher each day to see patient’s lives torn apart by COVID-19.

“Seeing someone being breathless, being alone and their family not able to see them or just see them behind a glass door, is heartbreaking. Seeing that day in and day out is not something that anyone is used to,” Masri said.

– With files from the Canadian Press

Don't Miss it COVID-19: Londoners flock to trains and cars in effort to flee the city ahead of new rules | UK News
Up Next College Football Playoff relocates Rose Bowl semifinal to Dallas amid COVID-19 concerns, attendance policy