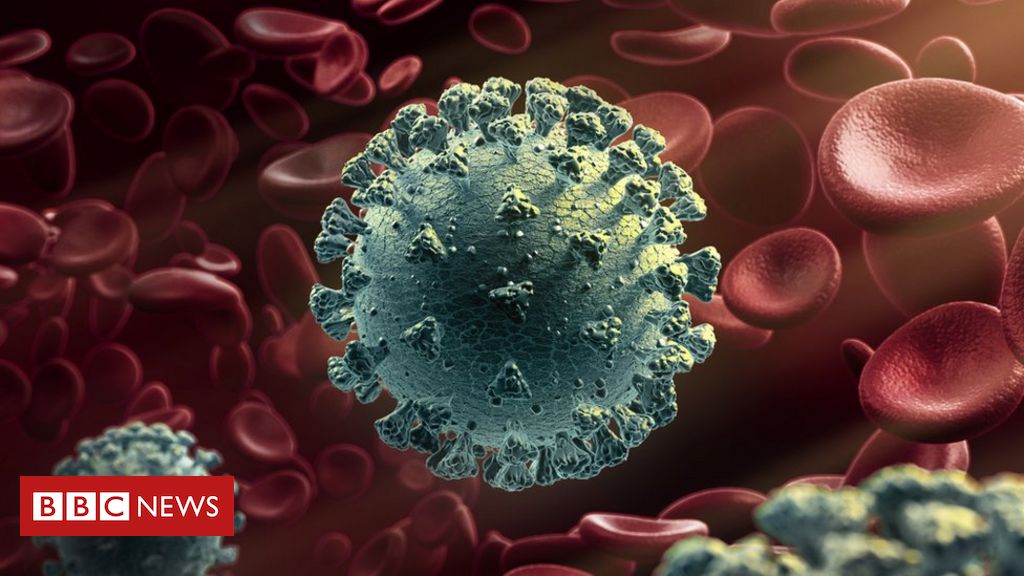 The rapid spread of a new variant of coronavirus has been blamed for the introduction of strict tier four mixing rules for millions of people, harsher restrictions on mixing at Christmas in England, Scotland and Wales, and other countries placing the UK on a travel ban.

So how has it gone from being non-existent to the most common form of the virus in parts of England in a matter of months?

The government’s advisers on new infections have “moderate” confidence that it is more able to transmit than other variants.

All the work is at an early stage, contains huge uncertainties and a long list of unanswered questions.

As I’ve written before, viruses mutate all the time and it’s vital to keep a laser focus on whether the virus’ behaviour is changing.

Why is this variant causing concern?

Three things are coming together that mean it is attracting attention:

All of these come together to build a case for a virus that can spread more easily.

However, we do not have absolute certainty. New strains can become more common simply by being in the right place at the right time – such as London, which had only tier two restrictions until recently.

But already the justification for tier four restrictions is in part to reduce the spread of the variant.

“Laboratory experiments are required, but do you want to wait weeks or months [to see the results and take action to limit the spread]? Probably not in these circumstances,” Prof Nick Loman, from the Covid-19 Genomics UK Consortium, told me.

How much faster is it spreading?

It was first detected in September. In November around a quarter of cases in London were the new variant. This reached nearly two-thirds of cases in mid-December.

You can see how the variant has come to dominate the results of testing in some centres such as the Milton Keynes Lighthouse Laboratory.

Mathematicians have been running the numbers on the spread of different variants in an attempt to calculate how much of an edge this one might have.

The figure mentioned by Prime Minister Boris Johnson was that the variant may be up to 70% more transmissible. He said this may be increasing the R number – which indicates if an epidemic is growing or shrinking – by 0.4.

That 70% number appeared in a presentation by Dr Erik Volz, from Imperial College London, on Friday.

During the talk he said: “It is really too early to tell… but from what we see so far it is growing very quickly, it is growing faster than [a previous variant] ever grew, but it is important to keep an eye on this.”

There is no “nailed on” figure for how much more infectious the variant may be. Scientists, whose work is not yet public, have told me figures both much higher and much lower than 70%.

But there remain questions about whether it is any more infectious at all.

“The amount of evidence in the public domain is woefully inadequate to draw strong or firm opinions on whether the virus has truly increased transmission,” said Prof Jonathan Ball, a virologist at the University of Nottingham.

How far has it spread?

It is thought the variant either emerged in a patient in the UK or has been imported from a country with a lower ability to monitor coronavirus mutations.

The variant can be found across the UK, except Northern Ireland, but it is heavily concentrated in London, the South East and eastern England. Cases elsewhere in the country do not seem to have taken off.

Data from Nextstrain, which has been monitoring the genetic codes of the viral samples around the world, suggest cases in Denmark and Australia have come from the UK. The Netherlands has also reported cases.

A similar variant that has emerged in South Africa shares some of the same mutations, but appears to be unrelated to this one.

Has this happened before?

The virus that was first detected in Wuhan, China, is not the same one you will find in most corners of the world.

The D614G mutation emerged in Europe in February and became the globally dominant form of the virus.

Another, called A222V, spread across Europe and was linked to people’s summer holiday’s in Spain.

What do we know about the new mutations?

An initial analysis of the new variant has been published and identifies 17 potentially important alterations.

There have been changes to the spike protein – this is the key the virus uses to unlock the doorway to our body’s cells.

One mutation called N501Y alters the most important part of the spike, known as the “receptor-binding domain”.

This is where the spike makes first contact with the surface of our body’s cells. Any changes that make it easier for the virus to get inside are likely to give it an edge.

“It looks and smells like an important adaptation,” said Prof Loman.

The other mutation – a H69/V70 deletion, in which a small part of the spike is removed – has emerged several times before, including famously in infected mink.

Work by Prof Ravi Gupta at the University of Cambridge has suggested this mutation increases infectivity two-fold in lab experiments.

Studies by the same group suggest the deletion makes antibodies from the blood of survivors less effective at attacking the virus.

Prof Gupta told me: “It is rapidly increasing, that’s what’s worried government, we are worried, most scientists are worried.”

Where has it come from?

The variant is unusually highly mutated.

The most likely explanation is the variant has emerged in a patient with a weakened immune system that was unable to beat the virus.

Instead their body became a breeding ground for the virus to mutate.

Does it make the infection more deadly?

There is no evidence to suggest that it does, although this will need to be monitored.

However, just increasing transmission would be enough to cause problems for hospitals.

If the new variant means more people are infected more quickly, that would in turn lead to more people needing hospital treatment.

Will the vaccines work against the new variant?

Almost certainly yes, or at least for now.

All three leading vaccines develop an immune response against the existing spike, which is why the question comes up.

Vaccines train the immune system to attack several different parts of the virus, so even though part of the spike has mutated, the vaccines should still work.

“But if we let it add more mutations, then you start worrying,” said Prof Gupta.

“This virus is potentially on a pathway for vaccine escape, it has taken the first couple of steps towards that.”

Vaccine escape happens when the virus changes so it dodges the full effect of the vaccine and continues to infect people.

This may be the most concerning element of what is happening with the virus.

This variant is just the latest to show the virus is continuing to adapt as it infects more and more of us.

A presentation by Prof David Robertson, from the University of Glasgow on Friday, concluded: “The virus will probably be able to generate vaccine escape mutants.”

That would put us in a position similar to flu, where the vaccines need to be regularly updated. Fortunately the vaccines we have are very easy to tweak.