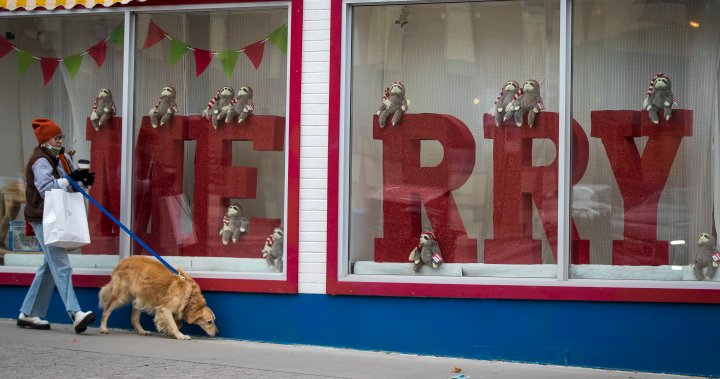 Public health officials and infectious disease experts are urging Canadians to limit their contacts over the holidays to avoid a potentially devastating spike in the number of cases of the novel coronavirus which continues to spread rapidly across the country.

Colin Furness, an infection control epidemiologist and assistant professor at the University of Toronto, said Canadians should expect to see a “grotesque” spike in the number of COVID-19 infections after the holidays “because of family visiting.”

“This will tend to be in homes, in close quarters, with shared air, for prolonged periods, without masks, and involving mixing people from different households,” Furness wrote in an email to Global News.

Furness said there will be a lot of “close physical contact.”

“These are all risk factors for COVID,” he said. “And because COVID is already so prevalent in the community — far more so than say, at Thanksgiving which is a much smaller holiday — there will be a significant increase.”

What happened after Thanksgiving?

Over the summer, it appeared Canada had flattened the curve of the pandemic. However, by early fall, the number of new infections began to rise steadily again.

By Sept. 23, Prime Minister Justin Trudeau announced that many areas of the country were already experiencing the second wave of the pandemic.

Since Thanksgiving, Canada has reported over 343,000 new cases of the novel coronavirus.

Manitoba was hit especially hard by the post-Thanksgiving COVID-19 spike.

Since the pandemic began, Manitoba has seen 605 deaths related to COVID-19. Of those fatalities, 571 have occurred since Thanksgiving.

As cases continue to rise across the country, experts have urged Canadians to heed public health measures by avoiding social gatherings and limiting their contacts over the holidays.

On Wednesday, just two days before Christmas, Canada reported 6,846 new cases of the virus, and health officials said another 172 people had died after falling ill.

Over the past seven days, an average of 6,629 cases have been reported daily across the country.

Furness said he worries that people who are infected with the virus over the next several days “will not have a hospital bed in January when they need it.”

By Wednesday, 3,625 people across the country were hospitalized due to the virus, jumping by nearly 200 since Sunday.

Earlier this month, the total number of hospitalizations in Canada surpassed the record set during the first wave of the pandemic in May, when 3,056 people were in hospital.

In mid-August the number of hospitalizations dropped and remained in the 200s, before steadily increasing again in the middle of September.

How many cases could Canada see after the holidays?

Furness said it is “very hard to predict” just how big of a spike Canada could see after the holidays, because we don’t know exactly how much mixing is going on.

“But a doubling in daily cases seems possible to me,” he wrote. “I’d like to be wrong about that, and I hope I am.”

In a previous interview with Global News, Dr. Isaac Bogoch, an infectious diseases faculty member at the University of Toronto, said everyone in Canada should be limiting their contacts as much as possible.

“I think that’s a very safe rule because it’s easy to understand: If you don’t live under that roof, don’t go into that house,” he said. “It’s a very simple message to understand.”

Modelling released by the Public Health Agency of Canada earlier this month suggests if the country continues on its current trajectory, it could see between 12,000 to 14,000 new cases daily by January.

In a series of tweets on Tuesday, Canada’s chief public health officer, Dr. Theresa Tam, said it is a “perilous time” for the country.

“Canada remains on a trajectory for even stronger resurgence of the next two months and our actions to #SlowtheSpread remain crucial,” she wrote.

Tam said as infection rates remain “very high” in several areas of the country, Canadians “must celebrate holidays differently this year and carry on with our public health practices through the coming weeks and months.”

2/2 #COVID19 Infection rates remain very high in many areas of #Canada. That means we must celebrate holidays differently this year and carry on with our public health practices through the coming weeks and months.https://t.co/Wf0Zk41StP

Speaking during a press conference on Wednesday, Trudeau urged Canadians to “do the right thing” and refrain from holding large gatherings over the holidays.

“If people don’t follow public health rules now, we could be in for an even more difficult winter than we’re already going to have,” he said.

Instead of gathering in person, the prime minister said Canadians should take advantage of the “miracles of technology.”

-With files from Global News’ Rachael D’Amore and Emerald Bensadoun

Don't Miss it Covid-19 Pandemic: Live Updates and News for Dec. 24, 2020
Up Next COVID-19: Officials warn of possible shutdown in January